In an interview on Fox New’s Lou Dobbs Tonight on Wednesday, President Donald Trump elaborated on his initiative to end the North American Free Trade Agreement, stating that he believed terminating the agreement is the only way to ensure a fair deal for the United States.

A common argument against NAFTA is that it lowers the demand for American manufacturing jobs because Mexican labor is cheaper.

“We’ve been very tough, and we’re being very fair, but we have to get back a lot,” Trump said in his interview with Lou Dobbs. “What’s happened to this country with NAFTA is unbelievable; the jobs that have been taken, the factories that are moving out of Michigan, out of Ohio, out of Pennsylvania, out of our states is incredible.”

Another argument against NAFTA is that it results in Mexican workers being subjected to unethical and unsafe labor conditions. Trump hopes to lower the trade deficit and eliminate unfair subsidies, aiming “to apply the highest standards covering the broadest possible range of goods and services to ensure truly free and fair trade that supports higher-paying jobs and economic growth in the United States” according to the Office of the United States Trade Representative.

On January 23rd, 2017, the president signed an executive order to renegotiate NAFTA. He expressed his wishes for Mexico to cut value-added tax and end its maquiladora program, an initiative instituted in 1965 allowing the country to import duty-free raw materials in order to aid industrialization and decrease attempted migration across the Mexico-U.S. border by creating new domestic jobs.

Shortly after the news of the executive order broke, Trump joked at an induction ceremony for White House advisors, “I ran a campaign somewhat based on NAFTA. But we’re going to start re-negotiating on NAFTA, on immigration and on security at the border, and Mexico has been terrific, actually terrific, and the president has been really very amazing. I think we’re going to have a very good result for Mexico, for the United States, for everybody involved.” When pressed about the chances of success in ending NAFTA, Trump responded, “I think the chances ultimately are good, but right now I think my people are going to have to get tougher.”

Supporters of NAFTA cite cheaper prices due to tax-free Mexican imports, lower gas prices resulting from Canadian and Mexican oil imports, and an overall increase in trade and economic prosperity for the continent.

Arguments are currently underway for renegotiating the agreement, but recent rhetoric surrounding NAFTA talks suggests the Trump administration finds itself in a stalemate with the opposition. “I am surprised and disappointed by the resistance to change from our negotiating partners,” U.S. trade representative Robert Lighthizer said in his closing statement after the fourth round of renegotiations. “As difficult as this has been, we have seen no indication that our partners are willing to make any changes that will result in a rebalancing and a reduction in these huge trade deficits. Now I understand that after many years of one-sided benefits, their companies have become reliant on special preferences and not just comparative advantage. Countries are reluctant to give up unfair advantage.”

On Tuesday, over 100 lobbyists opposed to renegotiating NAFTA gathered on Capitol Hill to encourage the Senate to stay in the agreement. Business leaders across many fields including the automotive, retail, manufacturing, and chemical industries met to discuss the implications of the changes the Trump administration hopes to make to the agreement across their respective enterprises. As the future of NAFTA grows more uncertain, American companies that have spent decades shaping supply chains around international trade have two options: push back against the termination of NAFTA or face massive structural hurdles. 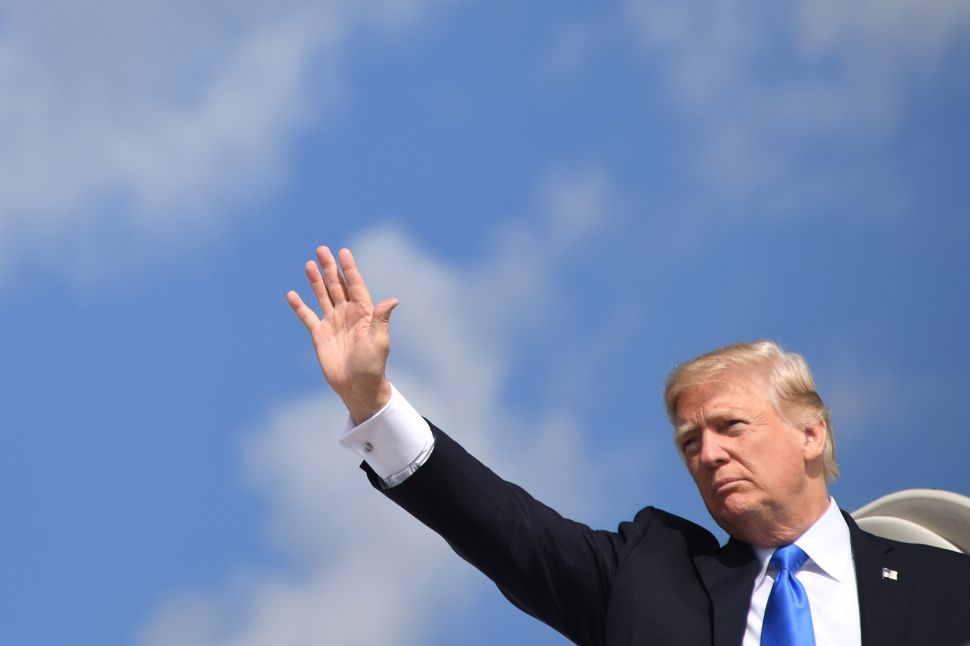