Faced with decisions over the Iran nuclear deal and North Korea’s nuclear capabilities, President Donald Trump turned to the Godfather of modern grand strategy, Henry Kissinger. On Tuesday, the two met in the Oval Office to discuss statecraft and international relations.

“We were on the wrong path before, all you have to do is take a look,” the President said, seated next to the former state secretary. “If you look over the last 25 years, through numerous administrations, we were on the path to a very big problem. A problem like this world has never seen. We are on the right path right now. Believe me.”

Their Tuesday meeting comes amid flameout between the President and Secretary of State Rex Tillerson. Hours earlier, Trump speculated he would score higher on an “IQ test” than Tillerson in response to last week’s NBC report that the Secretary of State called the President “a moron.” White House sources have told news outlets that the pair’s relationship is “damaged beyond repair” and that CIA Director Mike Pompeo might replace Tillerson as Secretary of State—something that could face opposition from Senate Foreign Relations Committee Chairman Bob Corker, who the President mocked this morning.

For months, the President has repeatedly undermined Tillerson’s ability to enact statecraft, saying the Secretary of State was “wasting his time” negotiating with North Korea and that “only one thing will work” in dealing with the regime. Last week, Trump alluded to a “calm before the storm” following a meeting with military leaders.

“No, I didn’t undercut anybody,” the President told reporters. “I don’t believe in undercutting people.”

“Henry Kissinger has been a friend of mine,” the President said. “I’ve liked him. I’ve respected him. But we’ve been friends for a long time, long before my emergence into the world of politics, which has not been too long.”

Unlike many grand strategists drawn towards Machiavelli and the Florentine era, Kissinger studied Emmanuel Kant and penned academic papers on German diplomat Klemens von Metternich. Believing each nation was an amalgamation of its history, the former state secretary architected a tactical theory toward nuclear warfare, viewing statecraft as an end within itself.

In a time when the international power structure has shifted back into spheres of influence reminiscent of Bismarck’s Europe, not even grand strategists like Kissinger can charter American hegemony. In the years before World War I, diplomats navigated a fragile global landscape alongside rapid technological advancements. The assassination of an archduke by a Serbian nationalist in Bosnia was enough to spark an international conflict, one where new methods of warfare were deployed on a global scale.

Today, with global networks omnipotent, world order is even more delicate (Kissinger should know since he wrote a book on the subject). However, politicians and statesmen treat it carelessly; declaring war over Twitter, undermining Western institutions, and allowing emotion to dictate statecraft with far-reaching consequences. 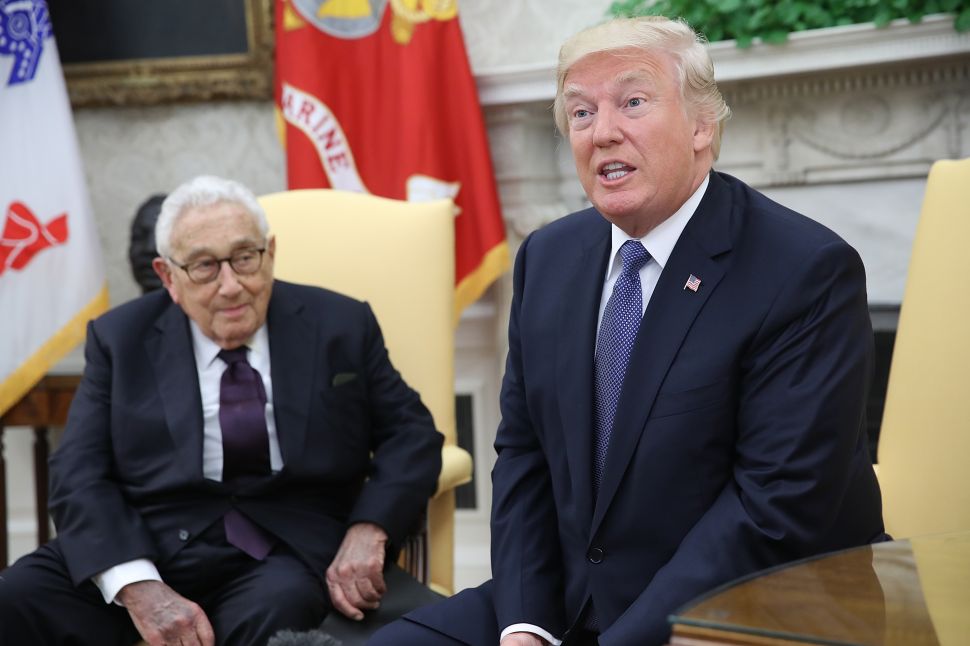