President Donald Trump sought a massive expansion of the US nuclear arsenal. During a Pentagon gathering this summer with top ranking military officials and national security experts, the President was shown a briefing slide charting the gradual reduction of US nuclear weapons since the late 1960s. Sources told NBC that the President indicated he wanted a larger stockpile, surprising the Joint Chiefs of Staff and Secretary of State Rex Tillerson.

The day prior, a White House Situation Room meeting assessing new strategies for Afghanistan was tabled due to lack of “focus.” According to senior administration officials, the President asked military leaders to fire the commander of US forces  in Afghanistan, comparing their advice to that of a New York restaurant consultant whose poor judgment cost a business time and money.

The July 20 Pentagon meeting, intended to provide an overview of US grand strategy, gravitated toward the expansion of a nuclear arsenal when the President said he wanted the United States to have 32,000 warheads (its peak during the late 1960s). According to the Federation of American Scientists, the US currently has around 4,000 nuclear warheads in its military stockpile.

Although aides pointed to treaty obligations as to why a nuclear expansion is infeasible, the President’s concerns over nuclear modernization will be addressed within the Nuclear Posture Review (which is expected to be finalized by the end of 2017).

“He’s all in for modernization,” a source told NBC. “His concerns are the U.S. stopped investing in this.”

Following the Pentagon meeting, sources told NBC that Tillerson called the President “a moron” and that the two’s relationship is now “damaged beyond repair.” The scandal comes as the President faces challenges over the Iran Nuclear Deal and North Korea’s nuclear capabilities. Yesterday, Trump meet with former state secretary Henry Kissinger, who architected a tactical approach to nuclear warfare during the Cold War era.

On Wednesday morning, Trump said that it might be time to “challenge [NBC’s]  license.”

With all of the Fake News coming out of NBC and the Networks, at what point is it appropriate to challenge their License? Bad for country! 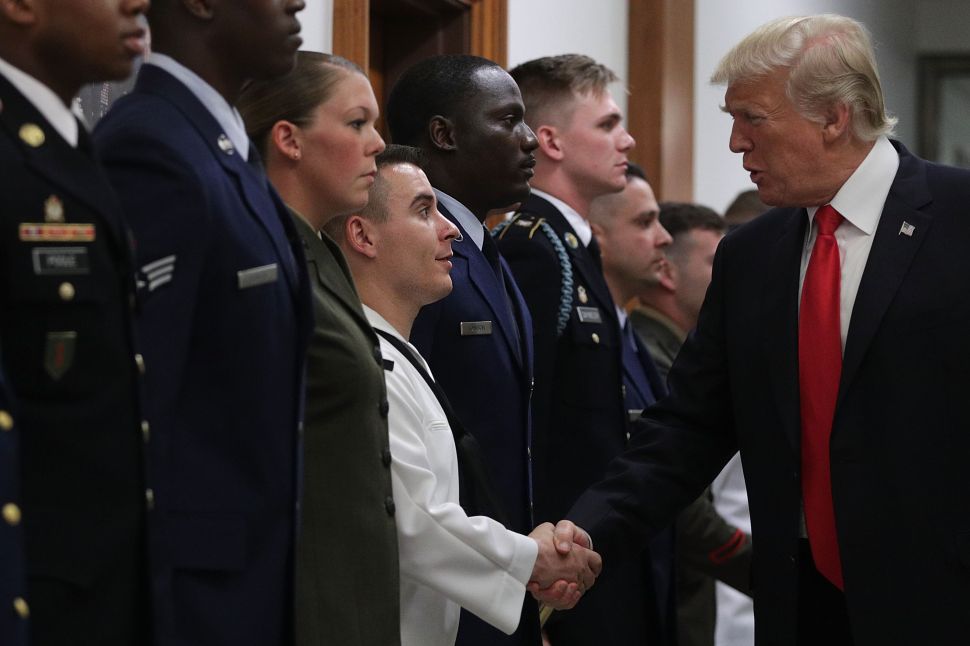