Yesterday was filled with legal bombshells for President Donald Trump. As expected, after months of investigation into the White House’s ties to Moscow, Special Counsel Robert Mueller’s team announced three arrests and indictments. Together, these cases have fundamentally shifted the game in our nation’s capital—very much to the president’s detriment.

The arrest of Paul Manafort, Trump’s campaign manager in the summer of 2016 who secured him the Republican Party’s nomination, was expected by many. For months, rumors had swirled around Manafort, given his longstanding and unsavory ties to Russian and Ukrainian oligarchs, compounded by his barely concealed links to Kremlin intelligence, as I reported three months before the November 2016 election.

Manafort has surrendered to the FBI and faces a dozen federal charges relating to financial crimes including money laundering, failing to register as a foreign agent, plus neglecting to report foreign cash to the IRS. These charges are serious and will be difficult for Manafort to beat, leading to speculation that what Mueller really wants is Manafort’s cooperation against Team Trump—which may be the 68-year-old’s only alternative to dying in prison.

Rick Gates, a Manafort protégé and 2016 Trump campaign associate, has also surrendered to the Feds and is facing a raft of charges relating to money laundering. Gates also played a key role in President Trump’s inauguration and pushed the White House’s agenda as a lobbyist until April of this year, when questions about Gates’ ties to the Kremlin made his position untenable.

On cue, the White House protested that they barely know Manafort and Gates—a transparent falsehood—while stating that their alleged crimes have nothing directly to do with the president. The latter may be technically true, but difficult questions lurk regarding why Donald Trump wanted someone as unsavory and Moscow-connected as Paul Manafort to head his campaign, particularly since the longtime swamp denizen Manafort’s links to Eastern oligarchs were an open secret in Washington.

However, the White House’s predicament grew much worse yesterday afternoon, eclipsing the Manafort bombshell, after the Justice Department revealed the deal it’s reached with George Papadopoulos, who was a foreign policy adviser to the Trump campaign. After months of investigation, the FBI arrested Papadopoulos on July 27 of this year on charges that he lied to the Bureau in an interview in January about his ties to Moscow.

As just-released Justice Department paperwork makes clear, Papadopoulos cooperated with the FBI once he was caught in his web of lies, and on October 5 he pleaded guilty to making “a materially false, fictitious, and fraudulent statement and representation” to Bureau agents about the “timing, extent, and nature of his relationship and interactions with certain foreign nationals whom he understood to have close connections with senior Russian government officials.”

The Papadopoulos saga is quite a wannabe-spy thriller, revealing just how badly the Trump campaign sought to curry favor with the Kremlin—and obtain its help in the 2016 election. The essential facts are clear. In March 2016, after becoming an adviser to the Trump campaign, Papadopoulos met with a mysterious London-based academic of Mediterranean background who claimed to have close links to the Kremlin. This was an effort to gain access to Moscow’s power circles—importantly, after Papadopoulos received go-ahead from the campaign to forge improved ties with Russia, which constituted a major focus of candidate Trump’s foreign policy.

Papadopoulos met “the Professor” in Italy in mid-March 2016, then again in London later that month; on the latter occasion “the Professor” brought along a Russian female, allegedly Putin’s niece, to help facilitate the engagement. Papadopoulos emailed the campaign about the success of this meeting, which responded enthusiastically about what had transpired and on March 31, he participated in a national security meeting in Washington that included campaign principals, with Trump himself present. At that meeting, according to DoJ, Papadopoulos “introduced himself to the group, he stated, in sum and substance, that he had connections that could help arrange a meeting between then-candidate Trump and President Putin.”

Thereafter many emails were exchanged between Papadopoulos, “the Professor” and the Russian female about trying to set up meetings between Kremlin machers and the Trump campaign—ideally a photo op between Trump and Russian President Vladimir Putin. That never happened, but during the spring of 2016 Papadopoulos had multiple discussions with these Kremlin representatives, according to the FBI.

Crucially, “the Professor” introduced Papadopoulos to a senior official of the Russian Ministry of Foreign Affairs or MFA. In May and June 2016, the two had multiple discussions via Skype and email about cooperation between the Kremlin and the Trump campaign—all with the approval of senior campaign officials. Just as important, in late April, “the Professor” boasted to Papadopoulos that Moscow was in possession of juicy “dirt” on Hillary, including “thousands of emails.” In other words, the Trump campaign knew about Russian intelligence’s hacking of Democratic emails months before the public found out about it in July 2016, when WikiLeaks, serving as a Kremlin cut-out, dumped 20,000 purloined emails belonging to Clinton and other prominent Democrats on the Internet.

The importance of the Papadopoulos case to the Mueller investigation in terms of national security is obvious and troubling. Already “the Professor” has been identified as Joseph Mifsud, a Maltese academic resident in Great Britain. Mifsud brushed off the FBI’s accusations of his role in this affair, stating he has “a clear conscience.” So far, the Russian female and the senior MFA official have not been firmly identified, yet in truth it hardly matters since, to any seasoned counterspy, their roles in this hush-hush saga are perfectly clear, no matter who they really are.

This was a textbook Russian espionage operation, presumably run by Moscow’s Foreign Intelligence Service, the SVR. Here, Mifsud served as a cut-out, offering plausible deniability as the Kremlin assessed if Papadopoulos was worth the SVR’s time—which obviously he was. Here “the Russian MFA” is merely a pleasant fiction covering the tracks of the SVR. It’s safe to assume that the Russian female and the “diplomat” were SVR representatives too, since spies—not legitimate diplomats—handle this sort of sensitive matter for Moscow.

Even though very little concrete results came of Papadopoulos’s effort at currying the Kremlin’s favor—indeed this operation appears rather amateurish overall, given that Moscow knows that Western intelligence can intercept emails—it’s certain that the SVR was pleased to have direct access to the Trump campaign.

Above all, this case proves that President Trump’s months of tweeting angrily that the Russian investigation is “fake news” and there’s “no collusion” between himself and Moscow are simply a lie. This morning, the president took to Twitter, as is his custom, and ranted that “Few people knew the young, low level volunteer named George, who has already proven to be a liar.” This is yet another lie, as there’s a picture of the March 31, 2016 campaign national security meeting in Washington, where Papadopoulos is seated just a few feet from Trump. Moreover, the notion that a young campaign staffer would conduct personal diplomacy with Russian spies on behalf of Team Trump without getting go-ahead from his superiors is laughable.

For months, President Trump has insisted that the entire Mueller inquiry is a fraud, and that his campaign had no ties to Russia whatsoever. Now, we know that’s simply untrue. Things are about to get much worse for the White House, especially since the FBI has admitted that Papadopoulos has been cooperating with the Bureau and Team Mueller in their investigation into illicit Russian influence in our nation’s capital.

In particular, his arrest and plea deal were concealed for months so that the FBI could protect Papadopoulos’ role as a “proactive cooperator” for the Bureau. That’s spook-speak for his use as a witting tool of the investigation. Anyone affiliated with the Trump White House who’s talked or met with George Papadopoulos since late July should be aware that whatever was said has been communicated to the FBI—indeed, Papadopoulos was likely wearing a wire that recorded the conversation.

Robert Mueller’s investigation of Donald Trump and his Kremlin linkages entered a new phase yesterday, one from which there will be no return for the White House. Day One of this new phase delivered genuine bombshells, but many more are yet to come. Manafort, Gates and Papadopoulos represent a small piece of a much larger counterintelligence puzzle that the public will learn about in coming months. 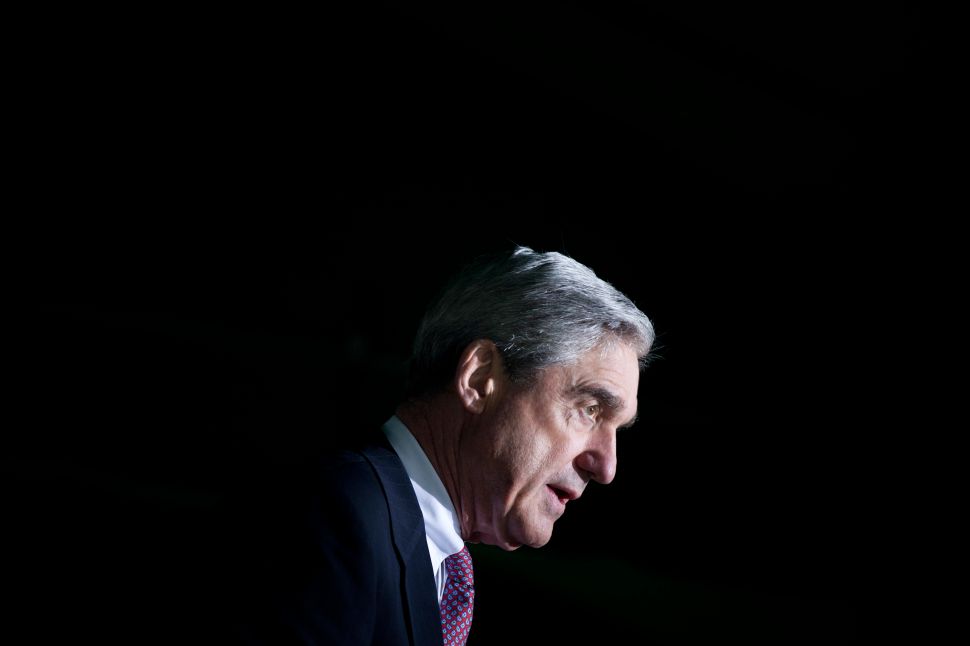