United Airlines announced Wednesday that they are putting up the parts of two Boeing 747-400 aircrafts for sale this week through November 7, the last day of Boeing 747’s service to the airline.

The sale is only available for United’s MileagePlus members, and items are priced in reward miles in “buy-it-now” or auction terms. In the first batch of “buy-it-now” items released on Wednesday, an economy class three-passenger seat sells for 250,000 miles, which are approximately equivalent to $2,500 in cash, based on United’s pricing on consumer merchandise in its reward program.

Other items put up for sale on Wednesday include a few 20-pound window cutouts and 12-pound livery panels, which are aluminum pieces cut out from the a plane’s exterior, both from a 1989 Boeing 747-400 aircraft that had been in service for 26 years.

“Both the window cuts and livery panels were sold out on the first day,” Andrea Hiller, a spokesperson for United, told Observer.

In the coming weeks, United will list the tail number cutouts of the two planes, oxygen pressure indicators and more items.

All proceeds from the sale will be used to sponsor Air Camp, an education program for middle school students who aspire to work in STEM fields (science, technology, engineering and math). United doesn’t reveal a specific fundraising goal, but told Observer, “We’re excited to see how much this will be able to benefit Air Camp.”

United’s final 747 will depart from San Francisco International Airport at 11 a.m. on November 7, after one last farewell party, Forbes reported. 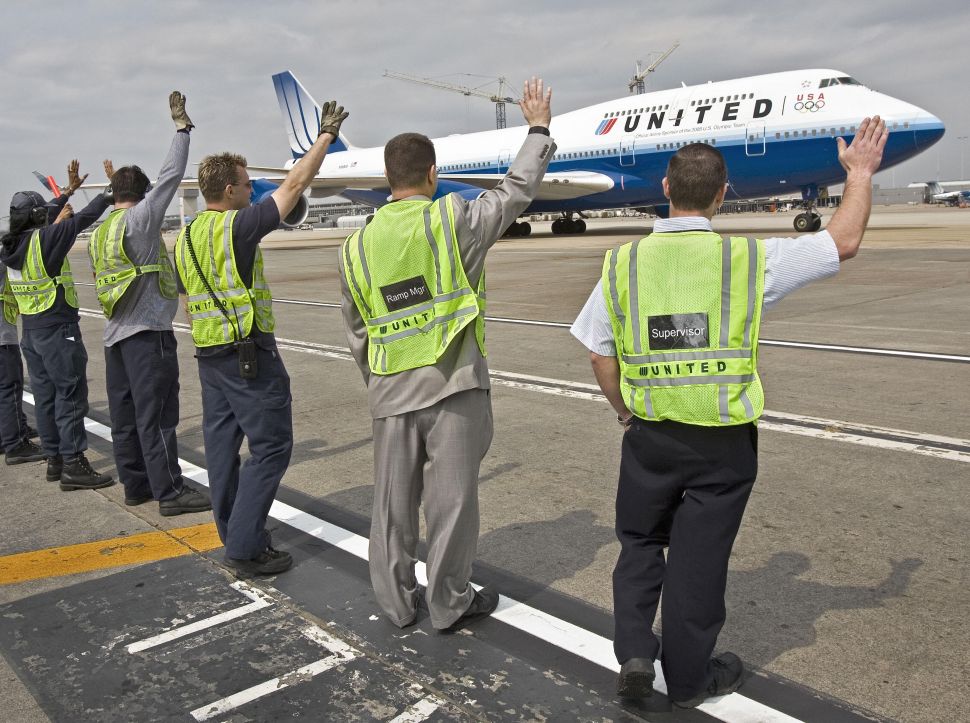