Hamas and the Palestinian Authority (PA), rivals vying for control of the fate of the Palestinians, have reportedly brokered a deal and agreed to give unity a chance.

However, the deal is filled with holes. The biggest, most pressing issue is Hamas’ military role in the arrangement, which will reportedly be dealt with at a later date.

The Palestinian Authority—also known as Fatah, the party controlled by Palestinian President Mahmoud Abbas—will assume control of Gaza on December 1st. Fatah will begin rebuilding its police force and reinstate PA officials into the positions from which they were ousted when Hamas wrested control of Gaza in 2007 in a bloody coup—which was after the general election for parliament that Hamas won and Fatah invalidated.

The PA and Hamas are arch enemies, so the chance of this deal lasting is very slim. Since the PA was ousted from Gaza after the coup, there have been numerous failed deals between the two factions.

However, one bright-side is that Hamas promised to suspend attacks against Israel as part of the deal. However, on Sunday two rockets were fired from Gaza into Israel. So much for promises.

Any arrangement between Fatah and Hamas will be flawed due to inherent differences between the two groups. What unites them—their desire for Israel’s failure—separates them. Fatah is committed to negotiations with Israel, and Hamas is committed to violence.

In the past, Israel and the U.S. have agreed on any Hamas-PA deal, but now the counties are in disagreement. This break is unique: In most issues with Hamas, no matter who is in the White House, the U.S. has been in near-total agreement with Israel.

Since 2007, the U.S. and Israel have stated very clearly that the PA cannot partner with Hamas in peace talks with Israel unless Hamas renounces terror and proves they mean it.

However, the U.S., speaking through State Department Spokeswoman Heather Nauert stated, “We would welcome the effort for the conditions for the Palestinian Authority to fully assume responsibilities in Gaza. We see that as potentially an important step for getting humanitarian aid in there.”

In contrast, Israeli Prime Minister Benjamin Netanyahu wrote on his Facebook page, “Reconciling with a murderous organization that strives to destroy Israel does not bring peace closer, but rather makes it more distant.” Netanyahu writes that Israel “opposes any reconciliation in which the terrorist organization Hamas does not disarm and end its war to destroy Israel.”

The prime minister continues, “There is nothing Israel wants more than peace with all our neighbors… Reconciliation between Fatah and Hamas makes peace much harder to achieve.”

Netanyahu concludes, “Reconciling with mass murderers is part of the problem, not part of the solution. Say yes to peace and no to joining hands with Hamas.”

The State Department, however, deems the reconciliation as a “welcome… potentially an important step.”

The U.S.-Israel relationship is and remains ironclad, but an important break has occurred. 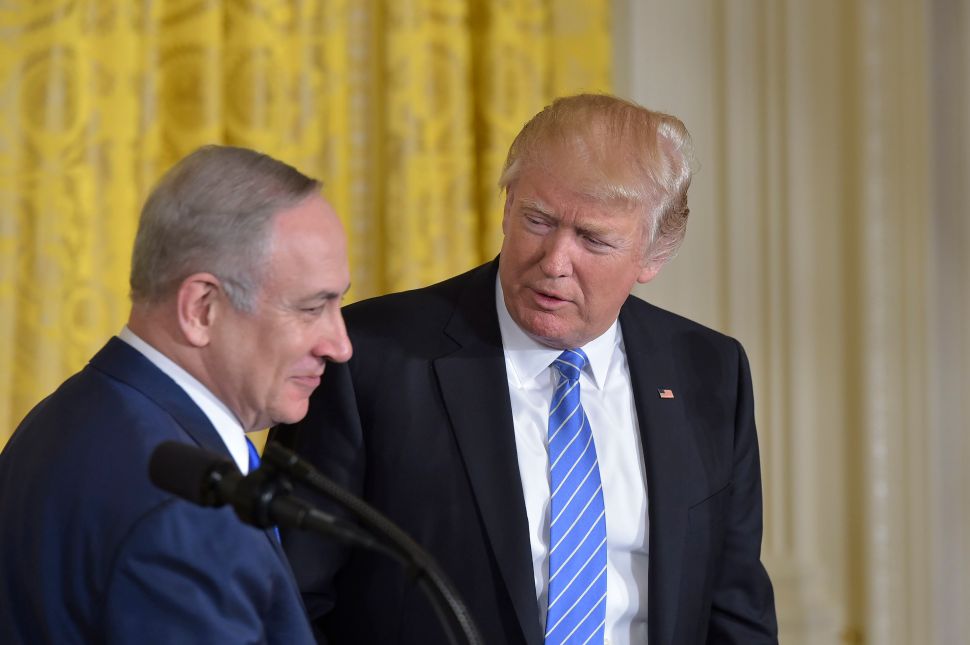