AMC’s The Walking Dead is back for an eighth season and it may have a slight chip on its rotting, decomposing zombie shoulder. You see, The Walking Dead has actually been slipping in the ratings in recent years. Yes, it is still television’s most-watched show alongside Game of Thrones, especially when you account for delayed viewings. But a ratings dip is a ratings dip and the network is surely hoping to juice those numbers back up again.

The season seven finale drew 11.3 million live plus same day viewers with 7.1 million viewers in the advertiser-friendly 18-49 demo. These numbers marked a 20 percent drop in total viewers and a 14 percent slide in key demo viewers compared to the season six finale, which dropped double-digits compared to the season five finale. However, there is reason to hope that season eight will bounce back with some crucial narrative changes.

More specifically, executive producer Greg Nicotero teases a winner in the Rick-Negan war that may not quite be what you expect.

“One of the things that people so often talk about is the fact that it’s not a show about zombies, it’s a show about people,” Nicotero told Variety. “It’s about the people that are occupying this dead world. And one of the things that is important for us in this episode and even parts of this season is to really highlight the idea that you’re always going to get a sense that there are walkers on the periphery. They’re just waiting for these groups of idiots to kill each other off so they can finish taking over the rest of the world. The zombies are like, ‘Oh, you’re going to let us not do the work and you’re going to do the work for us? Great. We’ll just wait until you’re done and we’ll take over.’ It’s sort of reminding the audience that this is the world.”

Admittedly, that does sound like fun. With several factions at play—Rick and Alexandria, Maggie and the Hilltop, Ezekiel and the Kingdom—season eight promises to be a bit more high-octane than the somewhat dreary last season.

“It’s not about surviving day-to-day,” he said. “It’s about how is society going to persevere next week or next month or next year. We started getting into that last year with Rick and Michonne, like, ‘It’s not about me. It’s not about you. It’s about how we’re going to go on.’ The last speech in the finale was Maggie talking about Glenn and holding Hershel’s watch, which is a little bit of precursor to what we’re doing this season, which is to remind people who Hershel was and who Glenn was and hearing Maggie talking about society and going forward. There’s a specific moment in this episode where a character says, ‘Is hope enough to get us through to the next level?’”

The Walking Dead kicks off its new season tonight on AMC at 9:00 p.m. and you can check it out on the network’s live-stream website. 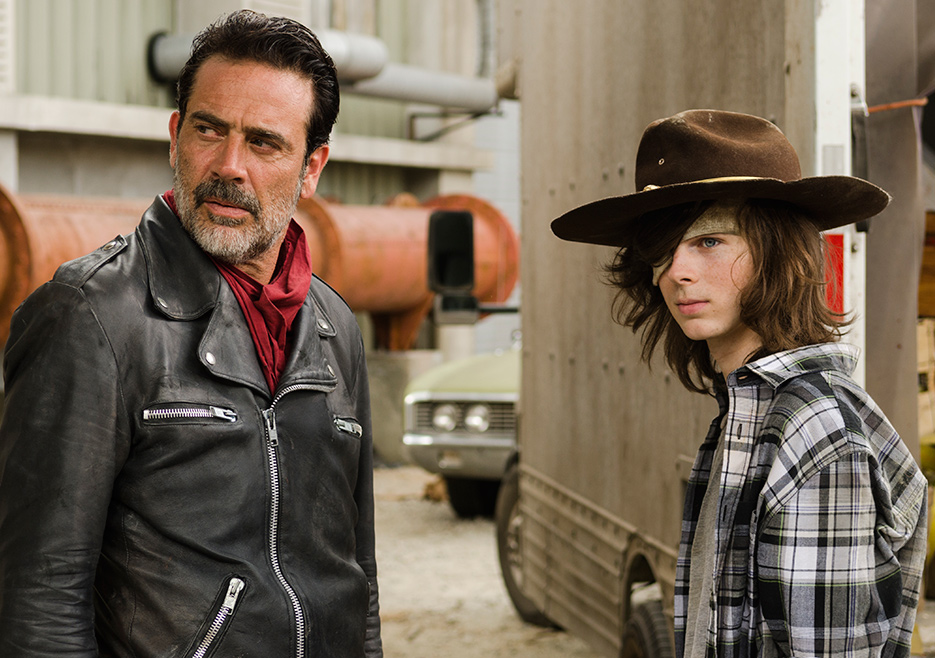