ABC host Jimmy Kimmel began Monday night’s episode with an impassioned plea to politicians to address gun violence following the “terrible, inexplicably shocking and painful tragedy” in Las Vegas on Sunday night. The Las Vegas native was emotional from the start, but was weeping by the end of his opening monologue.

“Fathers without sons, mothers without daughters,” he lamented. “It’s the kind of thing that makes you want to throw up or give up. It’s too much to even process. All these devastated families who live with this pain forever, because one person managed to collect a stockpile of rifles and use them to shoot people.”

You can watch Kimmel’s full comments below:

Kimmel has been increasingly more involved in the political conversation in recent weeks, calling out Republicans over health care and now pushing for gun control. He said Monday night that conservatives would never call for stricter gun laws because the “NRA has their balls in a money clip.”

The shooting comes almost 18 months after the massacre in Orlando that was previously the deadliest shooting in U.S. history. But with 58 dead and more than 400 wounded, the Vegas tragedy has now surpassed it.

“I’ve been reading comments -from people who say – this is terrible, but there’s nothing we could do about it,” Kimmel continued. “But I disagree with that – intensely. Of course, there was something we can do about it. There are a lot of things we can do about it. But we don’t. Which is interesting, because when someone with a beard attacks us – we tap phones, we invoke travel bans, we build walls… we take every possible precaution to make sure it doesn’t happen again.”

Kimmel concluded his monologue by calling for action from elected officials and letting audiences know how they can help support the victims. 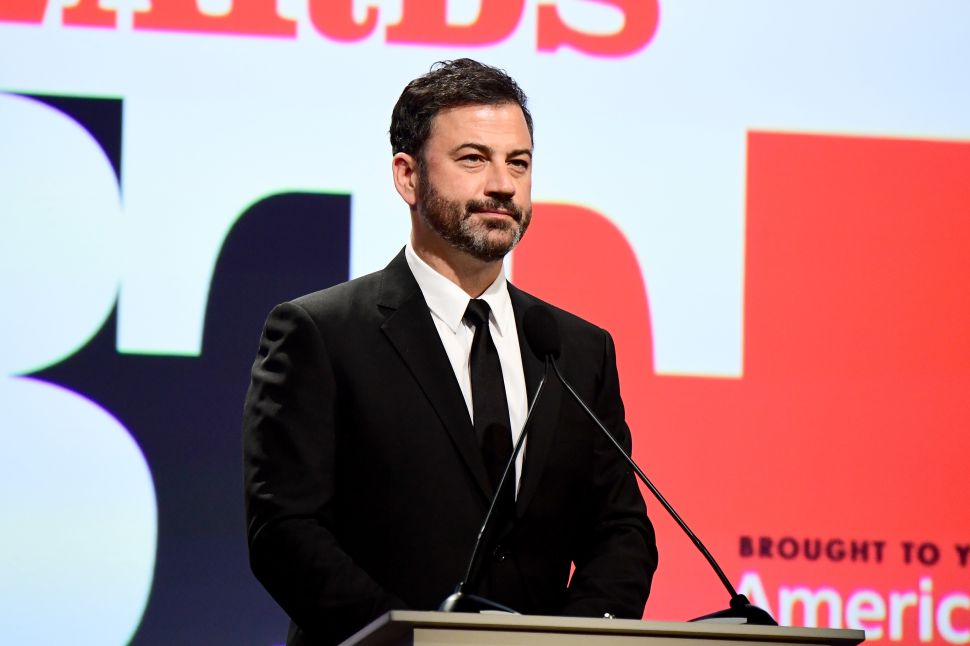