Just when fans were starting to familiarize themselves with the twisty setting of HBO’s Westworld, the showrunners up and pull the rug out from under us. The season one finale revealed that Westworld is just one of many park attractions (we got a quick glance at Samurai World), but we didn’t quite know just how deep that rabbit hole went. Now, creators and showrunners Jonathan Nolan and Lisa Joy are teasing the presence of Roman World and Medieval World in season two. Oh boy.

Fans of Michael Crichton’s original 1973 Westworld film may not be that surprised as both locations were featured in the movie. When asked at the 2017 Vanity Fair Summit why they never made it into the show, Nolan replied, “We had to save something for season two.” How badly do you all want to see Ed Harris in a suit of armor right now? Maybe even a complete Samurai get up? Make this happen HBO.

Given the central themes of Westworld—creation vs. creator, nature of humanity, etc.—Nolan and Joy also spoke about the advancement of Artificial Intelligence.

“I feel evenly split between the fear that A.I. will enslave us and make us do its bidding and my fear that it won’t,” said Nolan. “If you look at things that have gone down in the last year, humans are terrible at running this world. It’s clear that there’s room for improvement.” He was optimistic about the idea that systems “can yield dramatic improvements in a way our world functions.”

“People like to ask, ‘Why would A.I. want to be evil and destroy us?’” Joy said comparing it to the goal of a corporation. “A corporation’s goal is to make profits. It’s very simple. It’s binary. It’s either less or more. Computers work along the same thing. If you can see how, with the simplest of directives that can get blown into something beyond what could image, that’s the kind of thing we’re talking about.”

Westworld will return to HBO for its second season in Spring 2018. 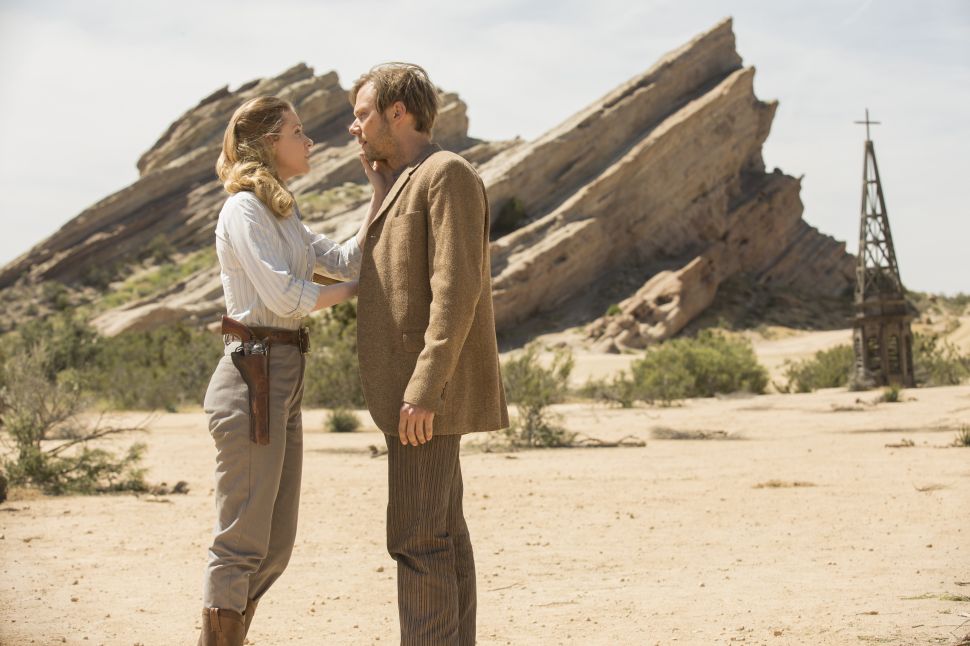