An authentic American hero appeared on television Thursday to discuss the assassination of President John F. Kennedy. The man was Clint Hill, speaking to Wolf Blitzer on CNN early in the afternoon.

When Kennedy was murdered on November 22, 1963, Hill—a Secret Service agent—rushed to protect the First Lady, Jacqueline Kennedy. He pushed her back into the presidential limousine after she climbed onto the rear hood in reaction to the shots.

As the car sped to a nearby hospital, the blood and brains of the fatally wounded president smeared onto Hill’s suit. But Hill saved the life of the president’s wife, who might have fallen from the back of the vehicle that was speeding up while followed by many other accelerating cars.

So Hill had reason to anticipate the release of thousands of pages of government documents about the murder. Those records have been hidden for more than half a century and were scheduled to be issued Thursday.

“The more material they hold back, the more suspicious people become that they’re hiding something,” Hill told Blitzer. “And I don’t think they need to do that. Every bit of information they have should be released.”

Alas, a few hours later, the administration of amateur President Donald Trump announced that it would not release all the documents Trump—and the law—had promised. Some of the most sensitive ones were being withheld for another six months at the request of government agencies.

Among those chagrined was film maker and former FBI analyst Farris Rookstool III, appearing on Erin Burnett Tonight on CNN. What might the government be trying to hide? Burnett asked. Perhaps something about Lee Harvey Oswald, the assassin?

“You have government agencies doing the unthinkable,” Rookstool told Burnett. “I can speak personally from the FBI with the destruction of the Oswald note. Oswald came to the FBI 10 days before the assassination and dropped off a note at the FBI. Of course it was destroyed on Nov. 24, after Oswald was killed (by) Jack Ruby.”

Carlson gave the story five minutes; Hannity ignored it. But on CNN, Anderson Cooper and others discussed it at length. And on MSNBC, Rachel Maddow opened her top-of-the-show monologue with nine minutes about JFK before veering away and back again.

“You know what?” Maddow asked, in reference to the Trump administration. “They blew it!”

She was specifically referring to how a law, passed a quarter-century ago, required release of the documents on Thursday. She said failure of the Trump administration to dot the I’s and cross the T’s with the FBI and the CIA on this matter was yet another manifestation of White House incompetence.

In a curious digression, Maddow showed video of Trump flying on Wednesday into Dallas’s Love Field, the same airport used by Kennedy 54 years ago. Strangely, Trump shook hands in a rope line in what Maddow said was the same spot where Kennedy stood to do the same thing.

She showed different video of Kennedy and Trump, side by side on the screen, at that airport. And she spoke with author Philip Shenon, who has written about the case and agreed with Maddow’s evaluation of the Trump White House.

“What a mess,” he said. “This is the worst possible scenario. Apparently, there really has been a mess at the White House for the last couple of weeks… a mish-mash of mismanagement… There’s a good possibility we’re never going to see some of their material.”

But the most aggressive coverage came from CNN where White House reporter Jeff Zeleny told Blitzer, “There has been a fierce debate going on inside the government, indeed, from the top levels of the FBI and the CIA, indeed, asking the president, the White House, not to release some of these top secret, classified documents.”

“This has been planned for decades—decades!” Foreman said. “And, now, at the 11th hour, we’re being told they need another 180 days.”

As for the reaction of a skeptical public, Foreman said, “Yes, the conspiracy theorists will go crazy over this and, in that sense, they have a right to because it does seem to defy logic that you can have so long to get ready and then suddenly, here we are, truly, down to the final hours, saying, ‘Oh, well, now, we can’t do it.’”

As most history buffs know, the definitive visual record of the killing came from the eight-millimeter movie camera of Abraham Zapruder, who made a silent film that showed the impact of the rifle shots. Imagine how much video such a deed would have today. What if people back then had smart phone cameras?

And what would the carnage have been like if Oswald has used a high-powered rifle, the way the killer did in Las Vegas a few weeks ago to slaughter 58 humans? Perhaps, under fire like that, Hill might have died along with both Kennedys.

At least we still have an historical record of one brave man saving a life. Mrs. Kennedy’s protection was Hill’s primary assignment.

Like most Americans, Hill is still curious about how much the FBI and the CIA knew about Oswald but kept from the Secret Service before Oswald fired three bullets at the Lincoln limo from a sixth-floor window.

“We were never provided any information regarding Lee Oswald until after the fact,” Hill told Blitzer. “It was not in any of our records.” Hill is now 85 years old. He will wait at least six more months to find out more of his story and American history. 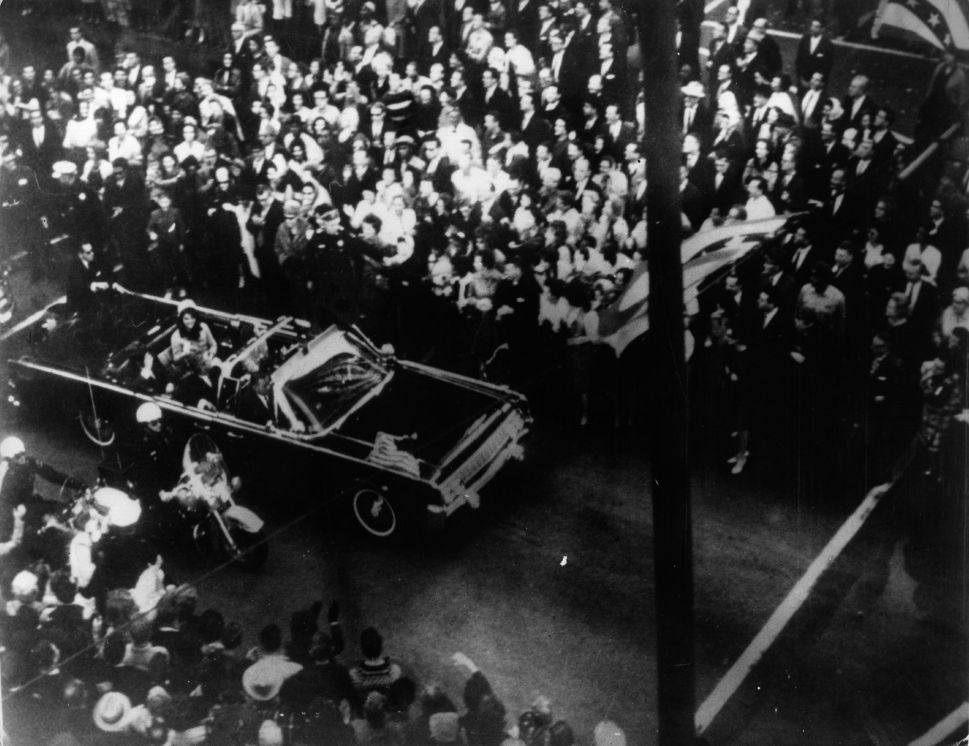