Former and current female elected officials in the city expressed concerns about the increasingly low number of women in the City Council and vowed to take steps to address the gap.

“Over the next four years, at every opportunity, I’m all in to help mentor and encourage, play a role in supporting women running for office in the city,” Manhattan Councilwoman Helen Rosenthal, co-chairwoman of the City Council Women’s Caucus, told Observer.

In October 2015, Mark-Viverito, who became speaker in 2014, launched the Young Women’s Initiative, a group that she said would fight racial and gender inequality, pursuing results for women in their health care, education, involvement in the justice system and economic development. And in January, she started the “21 in 21” campaign, which looks to get 21 women in the Council by 2021. The campaign will assist them with raising funds for their campaigns, encourage women to run for office and showcase candidates on their website.

Under Mark-Viverito’s tenure, the Council passed legislation increasing access to feminine hygiene products for the city’s shelter residents, students and inmates — sponsored by Ferreras-Copeland — and a bill that mandates that city agencies that offer family services have a lactation room for breastfeeding mothers, sponsored by Brooklyn Councilman Robert Cornegy. A bill sponsored by Public Advocate Letitia James that bans employers from asking applicants about their salary history was passed by the Council in April.

She also said the Council would push for free access to birth control and a standalone fund for birth control in her final State of the City address in February.

“As the first female Latina Speaker, I am proud to have served as a voice for the women of New York City,” Mark-Viverito said in a statement. “I encourage other women to run for office — we need more female voices advocating and making themselves heard within our government.”

In November 2016, the City Council Women’s Caucus rolled out its first-ever “legislative equality package,” which included bills calling for a report on the use of long-acting reversible contraceptives such as intrauterine devices; sexual assault awareness and prevention training for cab drivers; support for a state bill that prohibits employers from asking potential applicants for their salary history; and another state bill that gives domestic violence survivors access to breaking leases.

The package also had bills that had already been signed into law: a comprehensive plan to address unpaid caregivers’ needs, the feminine hygiene products bill and a report on procedures and policies for the Rikers Island nursery program.

Rosenthal said that it is “concerning” that there are no women running for speaker. She said that for the first time, the caucus will interview the speaker candidates and have them fill out questionnaires to get them to speak on their vision for tackling women’s issues.

She noted that one question will center on how they plan to expand leadership of women and women of color in the Council’s core leadership, which is made up of deputy leaders, majority leaders and the chairs of the Finance and Land Use committees. She said the Progressive Caucus did it the last time around.

“We never thought that having a woman speaker would last forever but under the leadership we have, things like YWI … how do we … institutionalize efforts that come from a lot of women in the room?,” she said. “We don’t want to lose that outsized role,” she continued.

She said that she has supported Carlina Rivera, who is running to replace Mendez; Diana Ayala, who Mark-Viverito; and Amanda Farias, who ran for Palma’s seat. She also said that she hopes to continue funding YWI.

And she noted that a colleague at her first city government job in 1987 made $5,000 more than her despite the fact that they were in the same divisions and had the same title because “he had family to take care of” — an experience that made her more conscious of pay equity issues as an elected official.

Under Quinn’s leadership, the Council passed legislation that expanded the number of minority- and women-owned businesses and enterprises that can participate in city contracts, a disclosure law to clamp down on pregnancy service centers operated by anti-choice groups that trick women seeking reproductive health services and legislation that levies penalties on drivers who promote prostitution.

Quinn, the first female and openly gay speaker who served from 2006 to 2013, told Observer that there were more female Council members under her tenure.

“I fear, based on experience, that having less women or fewer women will yield less legislation that is pro-women, pro-girl and pro-choice,” she said.

She commended the work of Mark-Viverito, saying that she “has a tremendous record” on issues pertaining to women and girls.

“I think she has a lot to be proud of,” Quinn continued.

In August, the Women’s Caucus released a report that found that the number of women on the Council could drop to nine in the coming year. The report proposes funding for nonprofits that support women in public life, workshops on running for office for female college students, more mentorship opportunities and a dedicated staffer for the Women’s Caucus.

James told Observer that she could not think of any legislation that would not happen due to the absence of women, and expressed confidence that the next speaker will work on women’s issues.

“We’re gonna continue to put forth issues that will advance the cause of women and the gender wage gap and the feminization of poverty and the promotion of women-owned businesses,” she said.

Alicka Samuel, who is running for Mealy’s seat, hopes to support the “21 in 21” campaign and organizations such as the New York City chapter of the National Organization for Women and Higher Heights. She also said that she would look at opportunities to provide discretionary funding to organizations that work with community residents around civic engagement.

“At this point, it really starts at the ground level,” Samuel said. “I’m a community organizer. Just taking that action to work directly with young women.” 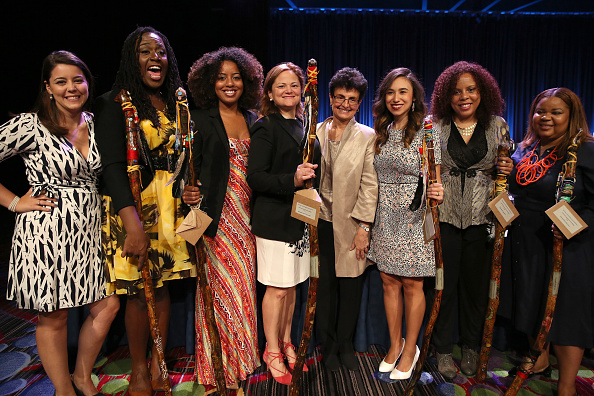