Xi Jinping just became the most powerful leader in Chinese history since Mao Zedong, founding father of the People’s Republic of China and the Chinese Communist Revolution. Since rising to power in 2012, Jinping’s rule has evolved into an ideological construct as much as a political reign. “Xi Jinping Thought” has become a mainstream socialist philosophy, a creed that places him at Zedong’s level as the only other Chinese leader to be regarded as a philosophical visionary. However, Jinping’s approach to communist politics could not be further than Mao’s “death to capitalism” battle cry. In his speech to the 19th Congress of the Communist Party of China in Beijing, a climactic twice-a-decade gathering, Jinping set a scene of economic reform, anti-corruption investigations, and environmental protection initiatives. His speech painted him more as a “Communist-in-chief” than his omnipotent predecessors. “Our Party shows strong, firm and vibrant leadership,” he declared to the assembly, “Our socialist system demonstrates great strength and vitality. The Chinese people and Chinese nation embrace brilliant prospects.”

The party says “Xi Jinping Thought” has fueled a “new era” in modern China breaking free of its previous setbacks, including widespread corruption, tension with Hong Kong, the slowing economy, and the infamous one-child policy. Led by Jinping, the Communist Party has called for “complete and deep reform” of the Chinese state, perceived as a welcome change by the people of China who have experienced the aggressive censorship and stifling of human rights that come with a Communist way of life. In his highly awaited address, Jinping outlined a plan for China to “take center stage in the world”, adding that, “no one should expect China to swallow anything that undermines its interests.”

Now that his legacy has been etched into the constitution of the Communist Party, rumors are swirling that Jinping will choose to remain in power after he is expected to step down. In other words, Jinping’s “Socialism with Chinese Characteristics for a New Era” is a prophetic vision intended to surpass the usual allotted time limit for Chinese politicians. On Wednesday, it is widely assumed that the Communist Party will grant Jinping a second five-year term in addition to announcing the latest inductees of the Politburo Standing Committee (PBSC), the highest-ranked governing council within the party. The close of his second term in 2022 will be a pivotal moment in Chinese history, defining the future of its capacity for political reform—for better or worse. If Jinping chooses to remain in power—and many analysts speculate this will be the case—he will be breaking the conventional time to step down set by former leaders and emulate a political power-move most recently pulled by Vladimir Putin in Russia. Jinping, 64, is currently four years shy of the traditional retirement age in Chinese politics of 68. In 2022, he will be approaching 70.

“The Party has gained a new addition to its guiding ideology: Xi Jinping Thought on Socialism with Chinese Characteristics for a New Era,” said a commentary by Xinhua, a news agency run by the state. “Xi said the aim is to build China into a great modern socialist country that is prosperous, strong, democratic, culturally advanced, harmonious and beautiful.” Without official surveys indicating approval ratings, the excitement or distaste by the Chinese people about a potential third term remains questionable. 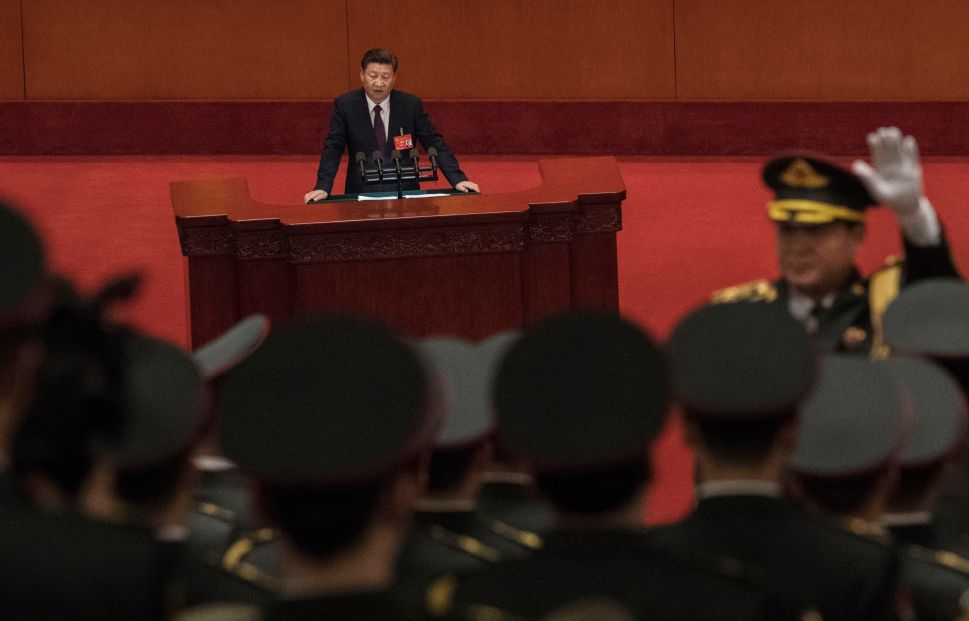