Anna Wintour’s Met Gala is not only the fashion event of the year, it’s also one of the most impressive get togethers of A-list talent and high-profile movers-and-shakers in business, entertainment and beyond. You don’t leave such important affairs to be hosted by the likes of James Franco and Anne Hathaway like the laughably misguided 2011 Academy Awards. No, you get even shinier names that represent the prestige and elegance that this event is all about. That’s right, you get Amal Clooney, Rihanna and Donatella Versace.

Vogue reports that Wintour has tapped the trio to co-host 2018’s Met Gala, which will be held on May 7 at the Museum of Metropolitan Art in New York City. This year’s theme is “Heavenly Bodies: Fashion and the Catholic Imaginiation.” Our imaginations are running wild with the possibilities. Previous hosts include Katy Perry, Pharrell Williams, Gisele Bündchen and Tom Brady. The star power is brighter than ever at Wintour’s shindigs.

The three leading ladies don’t have much intersection in their personal and professional lives, but they each have a connection to the annual event. Versace has attended a whopping 16 galas and has close ties to the fashion industry, obviously. Clooney sparkled at the event in 2015, shortly after marrying George Clooney, in a red custom Maison Margiela Artisanal gown, per the outlet. Rihanna has attended seven galas and performed at two of them, including this year’s. So, yeah, they know their around this kind of high-minded affair.

Sources told WWD that this year’s theme is “serious and ambitious” in its blend of faith, religion and fashion. Stay tuned for more details. 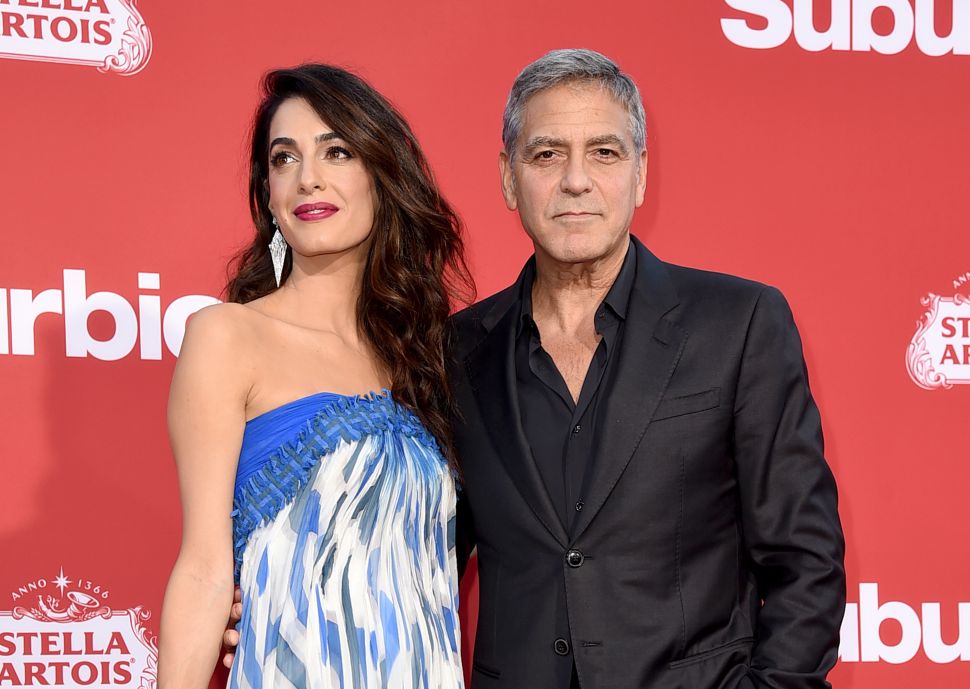