Let’s say you’re at a company holiday party and a co-worker suddenly collapses on the dance floor while grooving to Lionel Richie’s “All Night Long.”

The victim, a woman in her early sixties, appears to be breathing in irregular gasps. Her eyes are open, but she doesn’t respond to her name or taps on her shoulder.

What do you do?

I’m asking because I lived through a similar scenario.

At a work event, I heard screaming in the auditorium where my company was hosting a party. My colleague directed the security guard to call 911; a woman fell down and was bleeding on the dance floor, she told the guard.

As an exercise professional, I had recently become a CPR instructor, just in case I encountered an emergency in one of my classes. I followed my colleague into the auditorium, feeling shaken but confident.

In the middle of the floor, one of our clients lay on her stomach with her cheek turned to the side. Her eyes were wide open—none of my training had prepared me for that unblinking stare—and her head was surrounded by a growing circle of black blood that dripped out of her mouth. She did not respond when we shook her or called her name. Although she had a pulse, she was breathing in gulps that made her whole torso rise on the inhale and wheeze on the exhale. My colleague and I tried to turn her over, but she was too heavy.

Members of the panicked crowd cried out for us not to touch her. Some onlookers were turning pale and possibly going into shock. My colleague got everyone out of the auditorium. Meanwhile, I tried to turn our client over to begin rescue breathing or chest compressions. Something. I had the AED machine ready to restart her heart if necessary. But she wouldn’t budge.

“She’s dying,” I said, acknowledging the growing pool of blood and obvious facts. This client had been sick with serious ailments for years. She was on several medications, and I wasn’t trained to handle such a complex medical situation. I began rubbing her back. “We love you,” I whispered. “We’re calling your kids.”

Surveillance footage later revealed that paramedics arrived in a little over seven minutes from the time of collapse. But to me, the time span felt longer.

When she died hours later in the hospital, my co-workers and I embraced and sobbed—so powerful was that line between life and death and our appreciation of each other. For weeks, I weeped openly several times a day. Eventually, I found some peace. It was our client’s day to go, we decided, and we did everything we knew how to do.

Yet, I have nagging thoughts. Recently, I got the nerve to call Shane Woodall, president of Frontline Health LLC in Manhattan, whose company teaches health professionals and regular citizens how to respond in an emergency. He reassured me that accidents rarely look like scenes on television. But he also reminded me how important it is to act.

CPR stands for Cardiopulmonary Resuscitation. While classes can help people feel more self-assured, an unskilled responder can certainly be vital to the chain of survival. If a responder can’t remember the ratio of chest compressions to rescue breaths (30:2), compression-only CPR, also known as hands-only CPR, can still circulate blood and oxygen until someone tries to reboot the heart with an automatic external defibrillator (AED machine) or emergency crews arrive to take over.

“If a person suddenly collapses and is not responsive and not breathing smoothly or regularly, that person is clinically dead before any rescue efforts begin,” Woodall explained. “You might as well start CPR; it can triple the overall chance of survival and improve the possibility for a person to have normal brain function afterward. Basically, CPR buys time for the patient and bridges the gap between the initial collapse and when help arrives.”

In a situation like a large party, Woodall says there may be a bystander effect. The more bystanders, the greater the assumption that someone else will react.

The most common reason for not beginning CPR is fear of disease through mouth-to-mouth contact for the rescue breaths, according to Woodall. A victim may have vomited or may be or emitting a “mystery fluid.” While commercial mouth guards can prevent contact with the mouth, they may not be readily available. And it’s never a good idea to improvise with plastic wrap that can actually spread bacteria and waste valuable time. (If in doubt, begin hands-only CPR.)

Secondly, bystanders may be afraid of being sued, even though Good Samaritan laws exist in all 50 states, protecting volunteers who provide reasonable assistance during emergencies.

Here are three quick suggestions to make you feel more empowered at the scene of an accident: 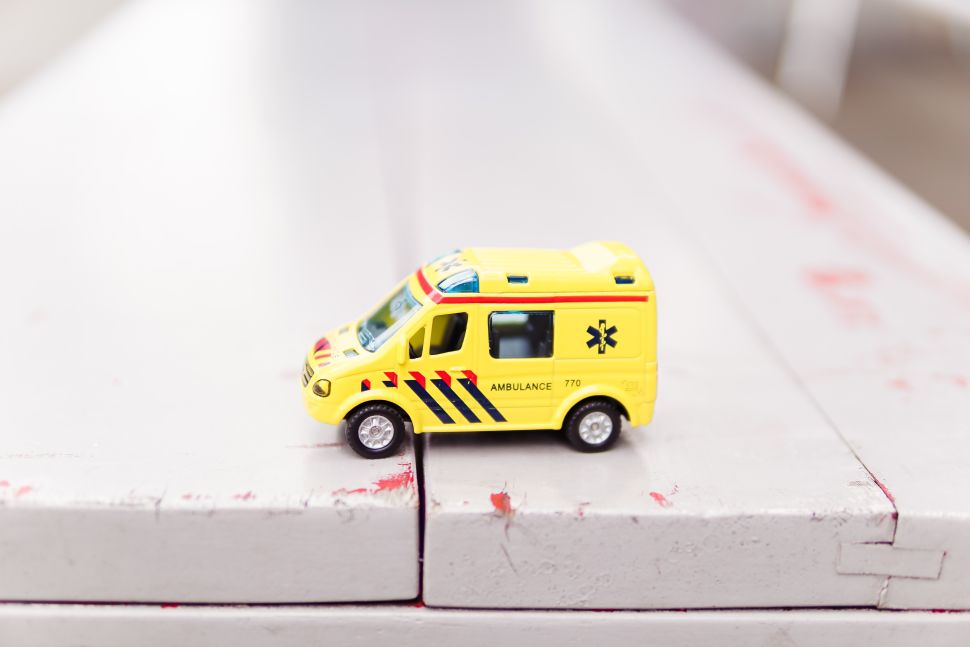