Yesterday was the 47th New York City Marathon. More than 50,000 runners from 125 countries ran through the five boroughs of New York City in light rain and cheers from millions of spectators along the course.

Athlete Shalane Flanagan, 36, won the women’s race yesterday. She was the first American woman to win the race since 1977. She clocked 2 hours, 26 minutes 53 seconds.

The largest marathon in the world, the New York City Marathon is a highly coveted event by professional runners and enthusiasts. But did you know that it takes quite a lot of luck and money, in addition to will power and physical strength, to get into the race?

Here are five fun and lesser-known facts about the New York City Marathon:

About 50,000 people participated in yesterday’s race, but this is only a small fraction of those who wanted to run. Only 17 percent of applicants for the race were selected, The New York Times reported. Per Forbes, 37 percent of the runners came from abroad.

Running a marathon can cost a fortune. MarketWatch estimates that it costs at least $1,000 to cross the finish line. Health.com estimates that the cost to complete marathon could run up to $5,000. Typical costs include race entry fees, travel and lodging, training gears, running qualifying races (certain marathons require you to have competed other races at a competitive time.) and post-race care, such as a professional massage.

The inaugural race in 1970 cost $1 to enter. Entry fee for this year’s race is $255 if you live in the U.S. and are a member of the New York Road Runners ($295 for non-members), and $358 for non-U.S. residents. The New York Times reported that fee spikes contributed to an overall decline in marathon participation. In the U.S., total marathon runners declined from 19 million in 2013 to just over 17 million in 2016.

Mile 22….this is where the race really began people. This is where shit got real….This is where I contemplated faking a serious injury 😂😂😂😂 It felt like somebody hit me in both of my legs with a bat that had cramps attached to it. This was a different type of pain…This was that level of hurt that made you dig deep and ask yourself if you had what it takes to be great….I willed myself to the finish line with mental toughness….major thank you to my guy @shafferdc who was with me every single step of the way & @blue_benadum & Mike Rogers….I love & appreciate u guys. This is only the beginning people….I am about to run all of the world and I’m going to do it with HART!!!! #RunWithHart #MoveWithHart #JoinMyMovement #YouAreYourOwnCompetition 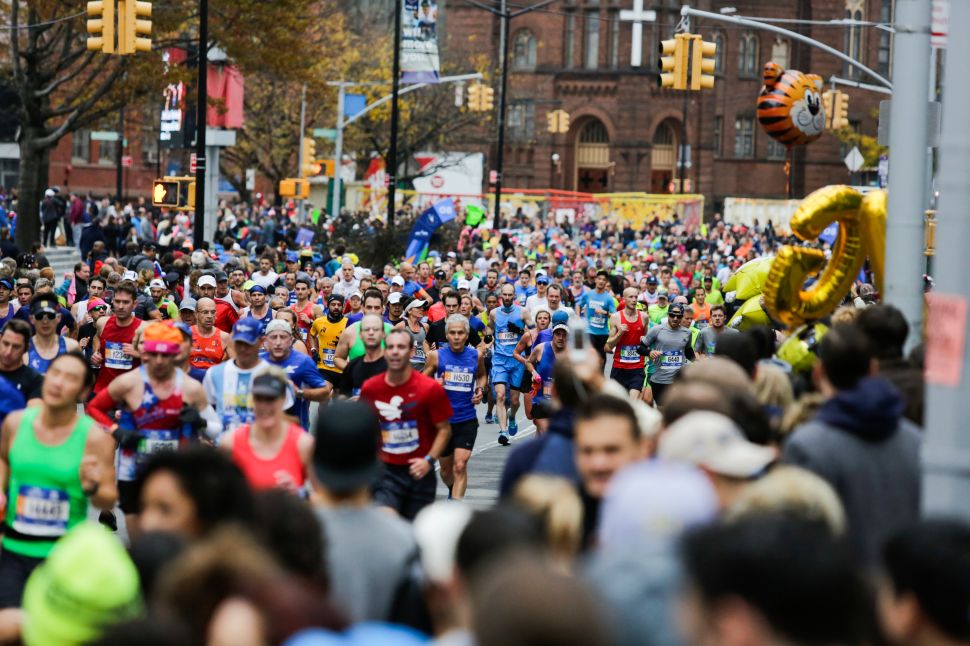