Jen-Hsun “Jensen” Huang wasn’t well known outside Silicon Valley, and neither was his company Nvidia, until Fortune named him the “2017 Businessperson of the Year,” or number one on the list of Top 20 CEOs of the year.

Nvidia’s stock price has skyrocketed from $30 to $200 in the last years, thanks to fast annual profit growth at a more than 50 percent rate.

So who is Huang? And what does Nvidia do? Here are a few bullet points to help you get to know the new corner office darling.

What is GPU, again? Nvidia’s GPU was first applied in video gaming in the 1990s. It’s the technology that generates graphics on computer screens. More recently, GPU was used in artificial intelligence. In plain words, it’s “the brain of computers, robots and self-driving cars,” according to the company website.

Peer-approved: Huang cofounded Nvidia in 1993 with fellow electrical engineer Chris Malachowsky, who is now a senior technology executive at the company. Huang has served as the company’s president and ever CEO since. He is highly respected in Silicon Valley. Peers regard him in the league of Jeff Bezos and Elon Musk.

Almost all of his employees are white or Asian males: Perhaps not surprisingly, Nvidia has one of the least diverse workforce in Silicon Valley. Last month, Nvidia made public its EEO-1 form, a government-mandated report of employees’ race and gender profiles. As of 2016, 83 percent of Nvidia’s employees are men (88.5 percent at executive level), the second highest among the 22 Silicon Valley tech companies that released the reports.

Ethnically, 52 percent of Nvidia’s employees are Asian, and 43 percent are white.

Unexpected CEO trivia: Uncommon to most CEOs, Huang has a tattoo of the company logo on one of his arms. He did it to celebrate the company’s stock price breaking $100, he revealed in an interview with Fortune. 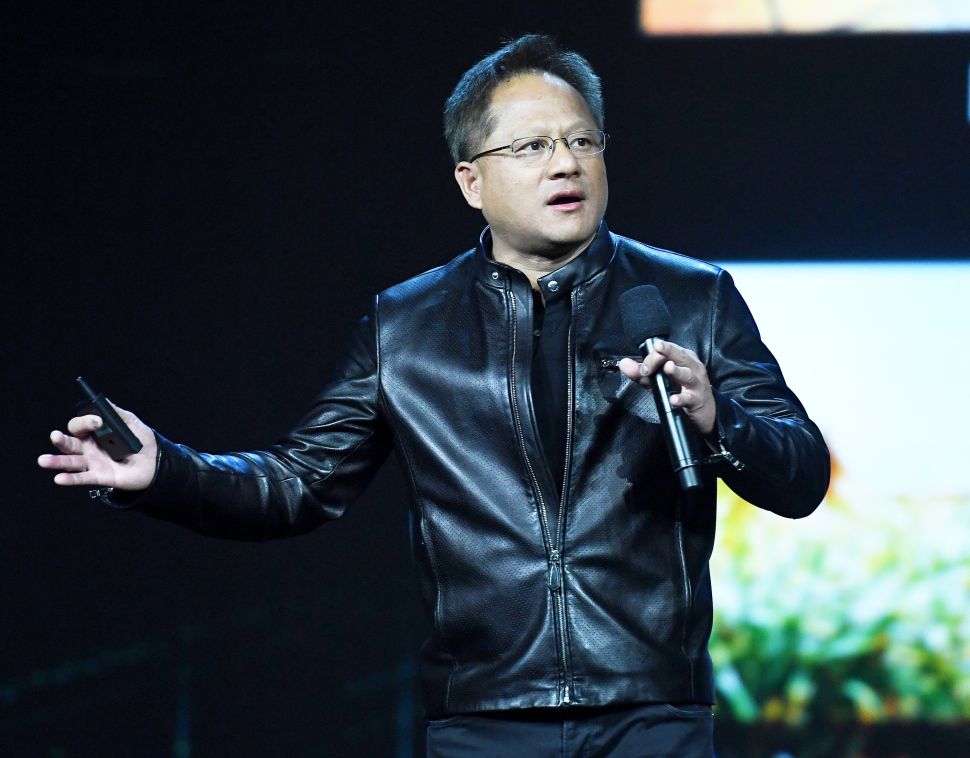