Recently, I had the honor to represent the state of Missouri on a trade mission to Israel. Our trip was a chance to study the achievements for which Israel is admired: protecting a people and growing an economy.

At a little over the size of New Jersey and at just over eight million people, Israel is instructive for Governors, as it is for any leader who wants to increase jobs and improve security. Surrounded by dangerous foes, Israel has created a safe country. Covered with hard desert, Israel has produced a blooming economy. That the state exists at all is a triumph. That it is among the world’s most advanced economies is almost unbelievable. Even today, it is hard to fathom that so ancient and rugged a place could produce so advanced and secure a country.

Yet on this trip, Israel’s prosperity and security weren’t the only things that stood out to me. I was moved by something else, a quality hard to measure but easy to feel: the pride and joy pulsing through the place.

It is a palpable feeling. To set foot in Israel is to be reminded of that wonderful observation from Rabbi Abraham Joshua Heschel, who referred to Israel as “a land that sings.” And it starts the moment you arrive. The plane touches down, and the passengers break into spontaneous applause, a time-honored Israeli tradition.

There’s evidence to justify the ovation: Israel consistently ranks as one of the happiest countries on earth. When researchers measure life expectancy, income, and education—a combination known as the Human Development Index, and a good proxy for the overall quality of life in a country—Israel regularly tops the charts. Just this past year, it was named one of the best countries in the world to raise a family.

Those are just the hard facts. To a visitor, the small impressions are what count. One moment I will remember for life. As a former United States Navy SEAL, I made a point to spend some time with commandos from Shayetet 13, the Israeli Navy’s special operations forces. Our two militaries share a kinship and affinity, and among special operators, the bonds run deep. We spoke about our training, about missions, about the war on terrorism. They showed us footage of one of their combat operations. We talked tactics and gear. Then, their Executive Officer and I went for a walk together. We approached the ocean, and he invited me to go on a dive with him. Then he added, “Did you know, Governor, that this is some of the best and most beautiful diving in all of Israel?”

This was something new, even for me: a special operator doubling as a tour guide. But his pride in this place was pure. And you could sense it not just in his words, but in the way so many young Israeli soldiers spoke unselfconsciously about patriotism and service. Or in the energy of Israeli entrepreneurs as they described their next breakthrough. Or even the moments that Israeli military and political leaders—whatever their disagreements and politics—broke into smiles when speaking of their homeland.

They are not naive. All Israelis serve in the armed forces; most have seen blood in the streets. They know the threats that lie just outside the security fence, mere miles away. They know the centuries of darkness and persecution in Jewish history. More than in any country on earth, talk of terrorism and war in Israel is personal—for everyone.

And yet, in the face of all that, Israelis remain more hopeful than fearful. The Israelis I met spoke with confidence about the years ahead. And they talked with pride about their country’s openness. Encircled by closed societies, Israel still champions freedoms of faith, thought, press, and speech. It is both the birthplace of the fundamental values of our civilization—and a place where men and women live in equality. And even as so many seek to do it harm from without, Israel has absorbed and assimilated millions of immigrants within.

Those achievements give Israelis hope—but they aren’t the sole source of it. The Israeli leaders I met were quick to tout their country’s triumphs in art and sport, literature and learning. It says something that there are more museums per capita in Israel than in any country on earth. It says something that from so small a place have come so many Nobel Prize-winning scientists, Oscar-nominated films, and Olympic Medal-winning athletes.

My grandfather, who served in World War II, thought of Israel in light of the Holocaust. My parents’ generation of Jewish leaders often thought about Israel in light the wars of 1967 and 1973. Today, this generation of leaders still live with an Israel under siege—forever beset by hatred, intolerance, extremism, terrorism. But what has passed down through the chain of generations is not just an Israel that is a sanctuary for the Jewish people, but also a haven for high cultural, technological, and social achievement.

I was glad to be reminded of all of this. To many in the United States, Israel is trapped in a perpetual struggle for peace. It is a breaking news headline, a country on guard, an ally facing the same threats we do, but on a scale we cannot fathom. Yes, those dangers are all too real, but they shouldn’t lead us to overlook the joy and excellence of the place. Israel is home to the best of what human beings can achieve—even as it must guard against the worst of what human beings can do to one another.

One final thing struck me on this trip: the deep love and admiration Israelis feel for the United States of America and our people. Israelis, like Americans, know that a country born of a dream is a precious thing. And so they look to America and its dream for direction and inspiration. Everywhere I went, people were eager to talk to me about what makes America tick. And not just for our might and wealth, but for all our country has done culturally, scientifically, and socially.

They see in us, I believe, the same optimism and openness they prize in themselves—a feeling and faith that, even more than our strategic interests or economic ties, binds our two nations together forever. 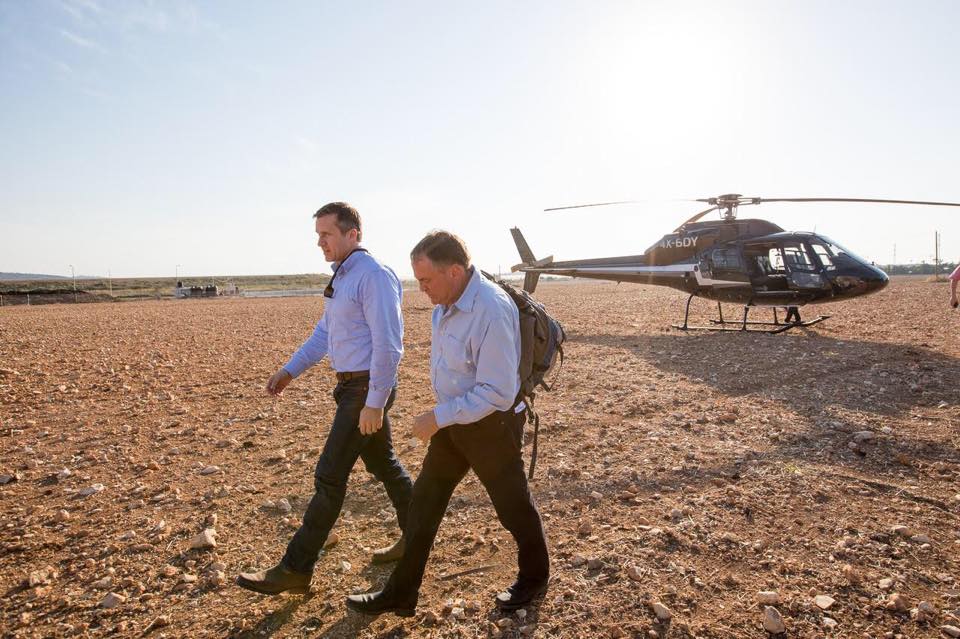