It shouldn’t be surprising that Republicans blindsided by the allegations of disgusting sexual misconduct by Alabama Republican Senate candidate Roy Moore have pivoted to Bill Clinton and John F. Kennedy, who both behaved badly with women—which is what makes the pivot so tempting and effective.

Of course, the equivalence is false because Clinton’s and Kennedy’s misconduct did not, as far as we know, extend to underage girls. They were cads, but they weren’t alleged to have pursued 14-year-olds, and that’s an important distinction.

Republicans, such as Ann Coulter, are cleverly lumping the allegations against these two Democrats with the accusations against Moore, thereby obscuring the fact that the accusations against Moore involved underaged girls. If they can get more than half of Alabama voters to buy that there is no difference between the conduct of Moore and the conduct of these two prominent Democrats—that “the Democrats are just as bad”—maybe these voters can justify their votes. This is just the latest twist on the same line that Republicans have been selling for years: “Sure, we may be bad, but they are too, so you might as well vote for us.”

In utilizing this gambit, Republicans surely knew they would get an assist from an unexpected quarter: Democrats.

Unlike Democrats, Republicans understand their opponents, and they also know how to use an opponent’s perceived strength against them. For Democrats, this supposed strength is their sense of fair play, which is a wonderful attribute when both sides agree to the rules but fatal when the other side doesn’t. Republicans know if they say, “Yes, but Clinton and Kennedy were slimeballs, too,” a significant number of Democrats will nod and say “you’re right.”

We are seeing the success of this gambit, with hot takes revisiting Clinton’s sins provided by MSNBC’s Chris Hayes and The Atlantic’s Caitlin Flanagan. Then there are progressives on message boards falling into the Republicans’ “fairness” trap. By allowing Republicans to relitigate the moral failings of past Democratic presidents, liberals are giving the GOP cover.

If the shoe were on the other foot, Republicans would do no such thing. Instead, the GOP would take full advantage of Democrats’ problems and concede nothing. Republicans aren’t interested in fairness. They are interested in winning. They do not let anything interfere with their mission, which is to gain power and enact their policies—in other words, politics.

Clinton and Kennedy conducted themselves in a shameful manner, but in recent years, Democrats have pulled the plug on many of their own who were accused of sexual misconduct. Meanwhile Republicans, especially in Alabama, are still circling the wagon around a candidate who is circling the drain.

Additionally, neither Clinton nor Kennedy are running for office in 2017. By allowing Republicans to shift the discussion away from the here and now, Democrats are helping their enemies divert the spotlight from their troubled candidate.

There is nothing we can do about the misdeeds of past politicians. What matters is what’s before us right now, which is that a politician who faces allegations of vile crimes might be elected to the U.S. Senate. Earnest but naïve progressives like MSNBC’s Hayes are throwing drowning Republicans a lifeline when they ought to be throwing an anchor. 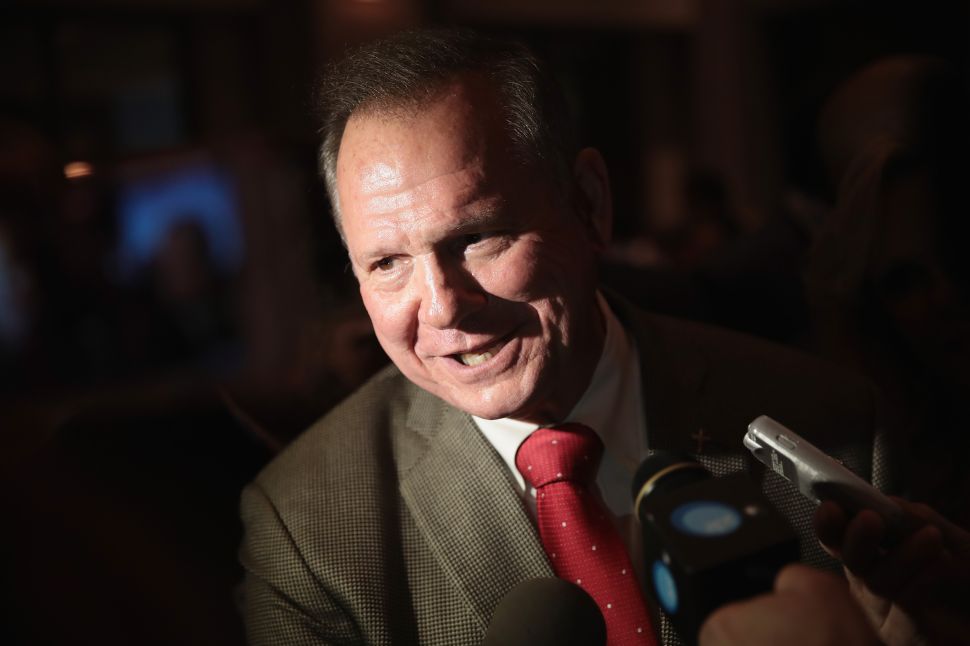