Less than four months ago, Adam Levine and Behati Prinsloo made a rather surprising home purchase. The couple paid $18 million for a mansion in Holmby Hills, but it looked like it needed some interior aesthetic work. We assumed the Maroon 5 singer and the model, who are currently expecting their second child, would promptly renovate and remodel the expansive home, in order to bring it up to their standards.

Levine and Prinsloo did, indeed, begin the total renovation process, but they didn’t exactly finish what they started. The couple has already relisted the five-bedroom, six-bathroom residence for sale, but it’s been “taken down to the studs,” per the listing held by Westside Estate Agency broker Kurt Rappaport.

The 9,221-square-foot home, now ready for a “full remodel” and “a top designer to step in,” is on the market for $18.9 million. There are no longer interior photos included in the listing for the estate, which was originally built by architect Caspar Ehmcke.

The 1.2-acre estate is hidden behind wrought iron gates, at the end of a long private driveway. The backyard features a pool, patio, retro cabana and a two-story guest house.

The pair, understandably, decided they don’t “have the time” to complete the renovations now that they’re welcoming a second child, Rappaport told Mansion Global. No matter, Levine and Prinsloo will surely scoop up another stylish residence sometime soon—they’re definitely in the market for one, as Levine is also listing his Benedict Canyon abode, which he bought back in 2012 and extensively renovated—it’s now on the market for $15.95 million. 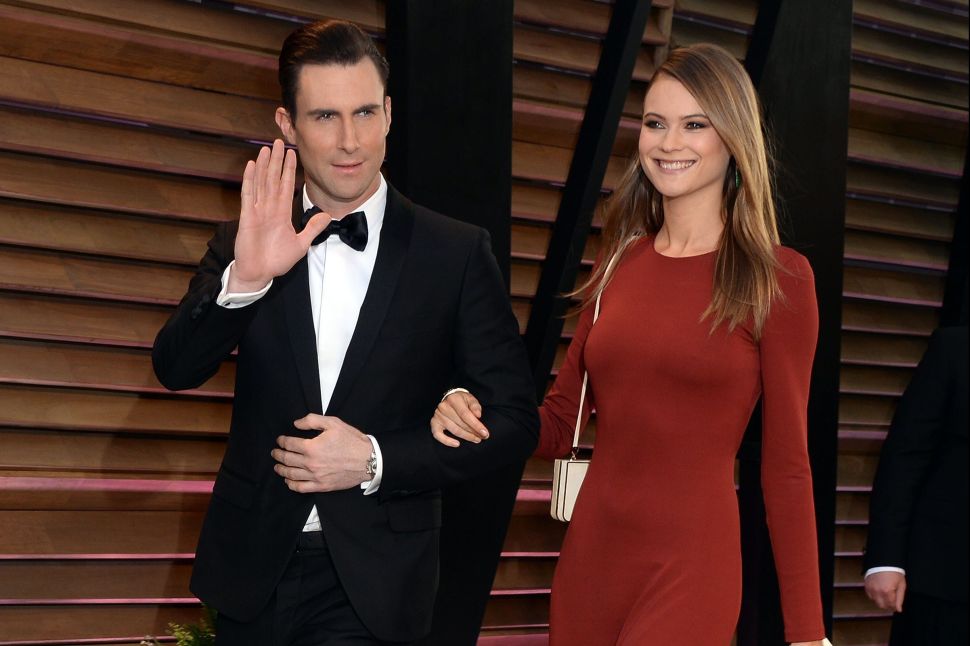