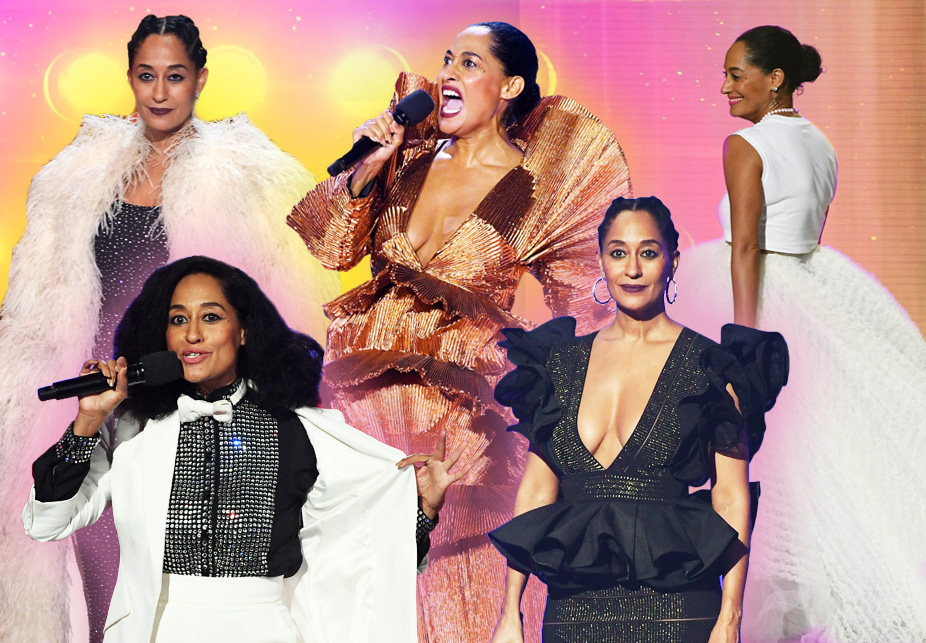 Tracee Ellis Ross wore a lot of outfits as the host of the AMA's. Click through to see every other notable moment from the evening.
Getty Images 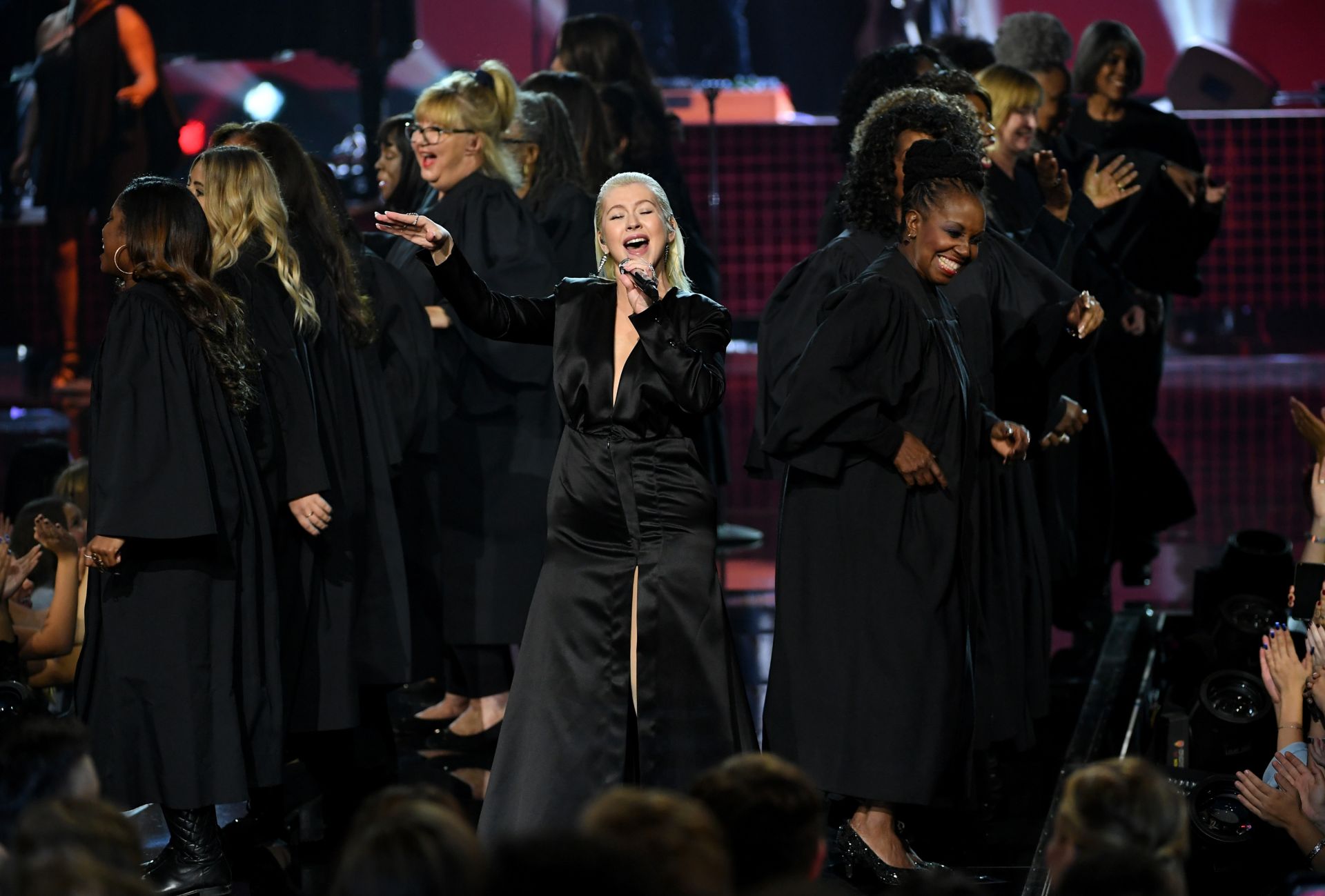 Christina Aguilera performed a tribute to Whitney Houston. While fellow early-aughts pop star P!nk was accused of giving her some serious side eye during the medley, she later tweeted, "I am in awe of Christina’s talent. Show the clip where I’m in tears, you negative Nancys.”
Kevin Winter/Getty Images 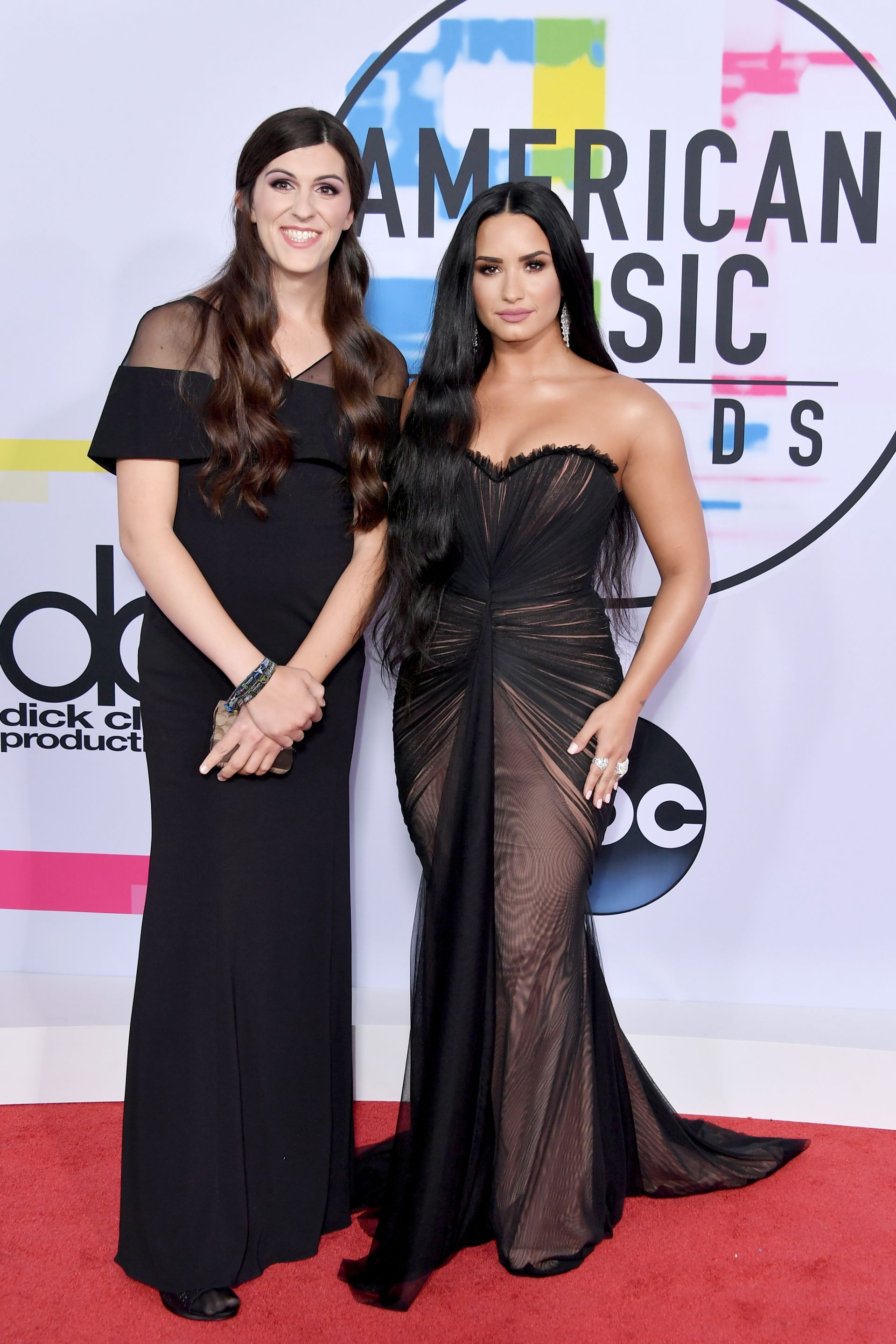 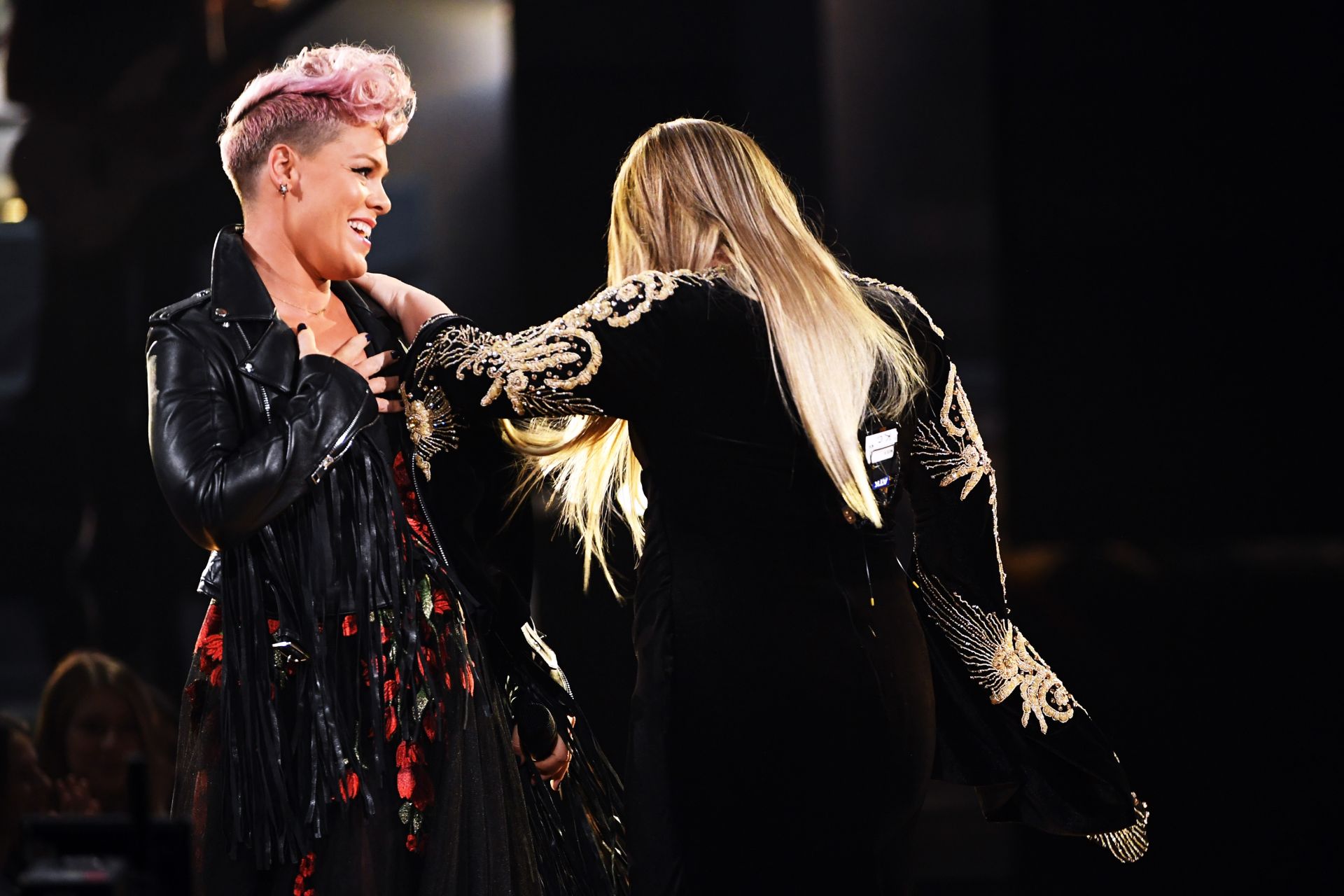 Pop mainstays P!nk and Kelly Clarkson performed an "Everybody Hurts" duet. If the pair teamed up again, the song would certainly be played at every bar mitzvah for the rest of eternity.
Kevin Winter/Getty Images
Advertisement 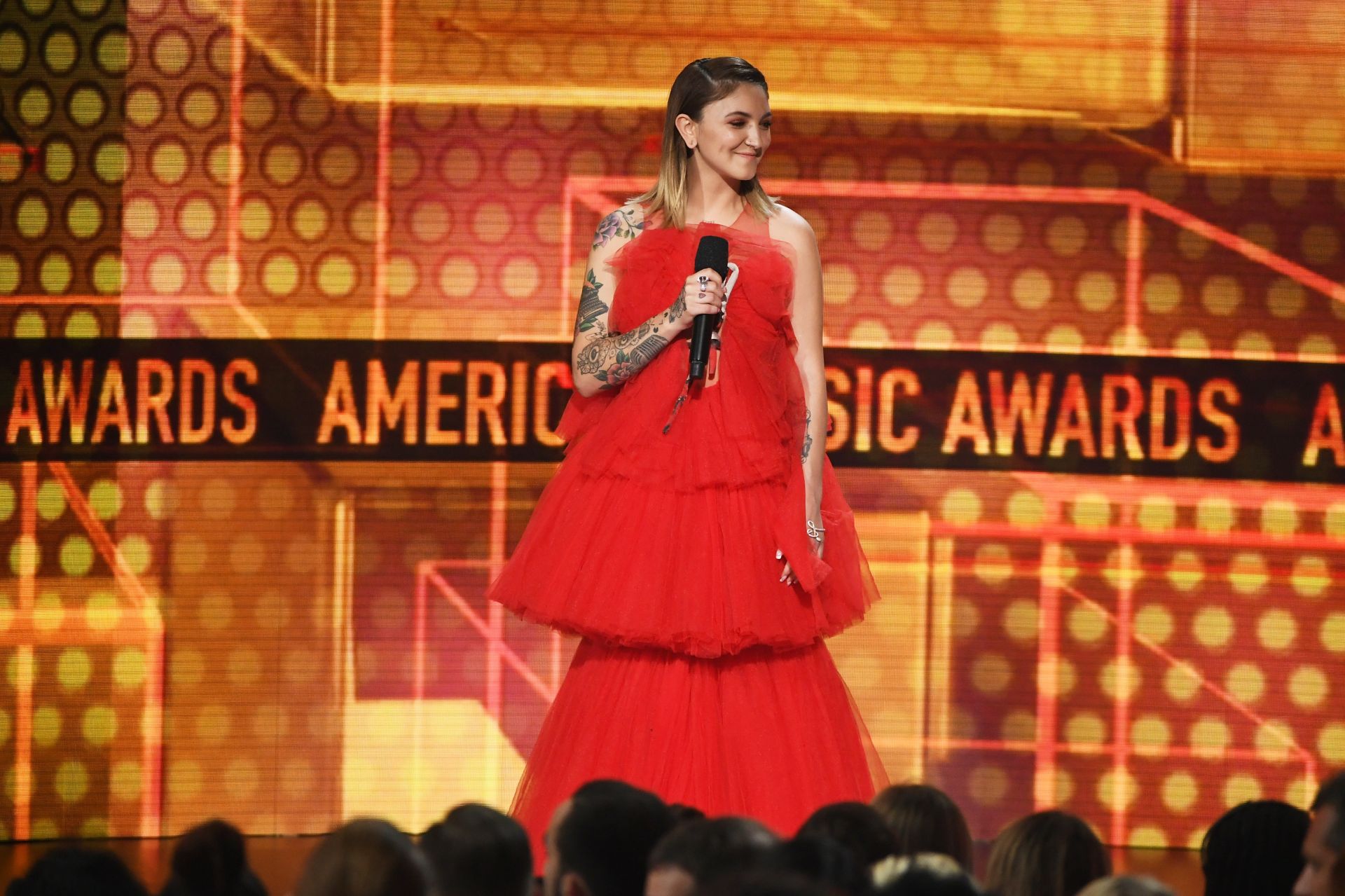 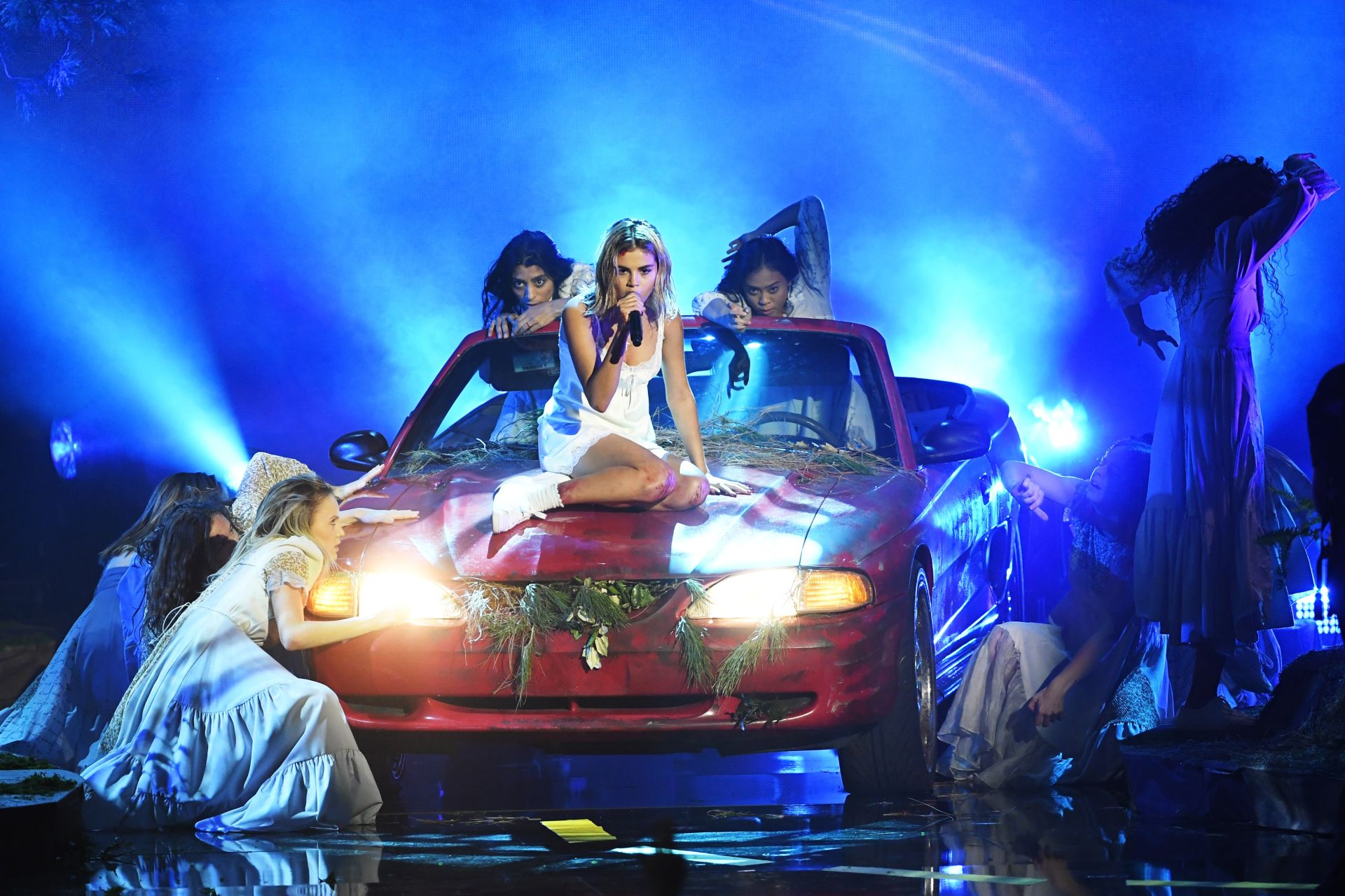 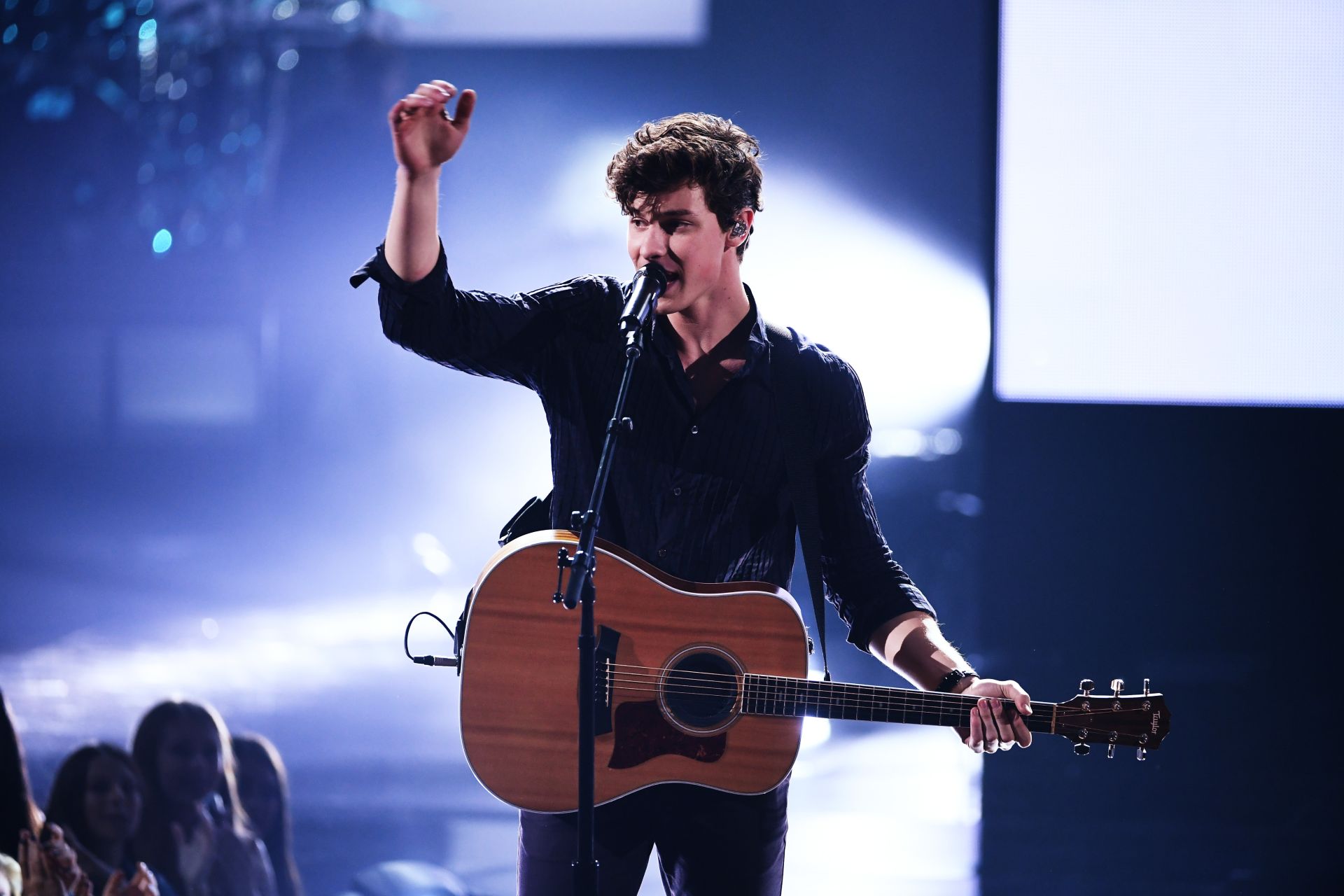 Shawn Mendes, who's rumored to be dating Insta-model Hailey Baldwin, looked like a YA hero with his rogue lock of hair during his performance of "There's Nothing Holding Me Back." The song was written by "For You I Will" singer Teddy Geiger, who recently reveled he's transitioning on Instagram.
Kevin Winter/Getty Images
Advertisement 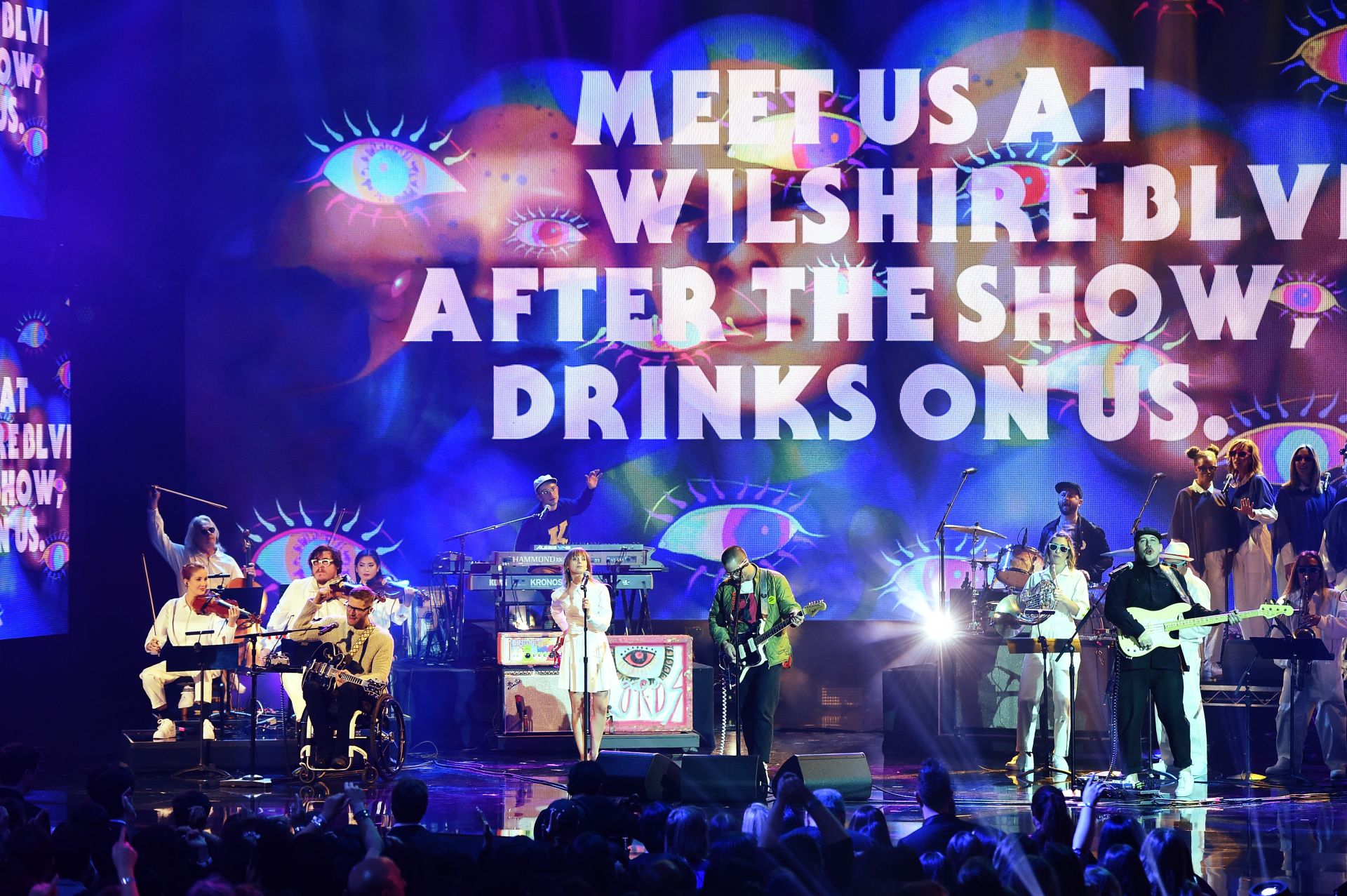 Portugal. The Man had this year's pop rock hit with "Feel It Still." They kicked off their song with a message reading, "No computers up here, just live instruments," despite the electro-beats. Perhaps they're 2017's answer to Arcade Fire.
Kevin Winter/Getty Images 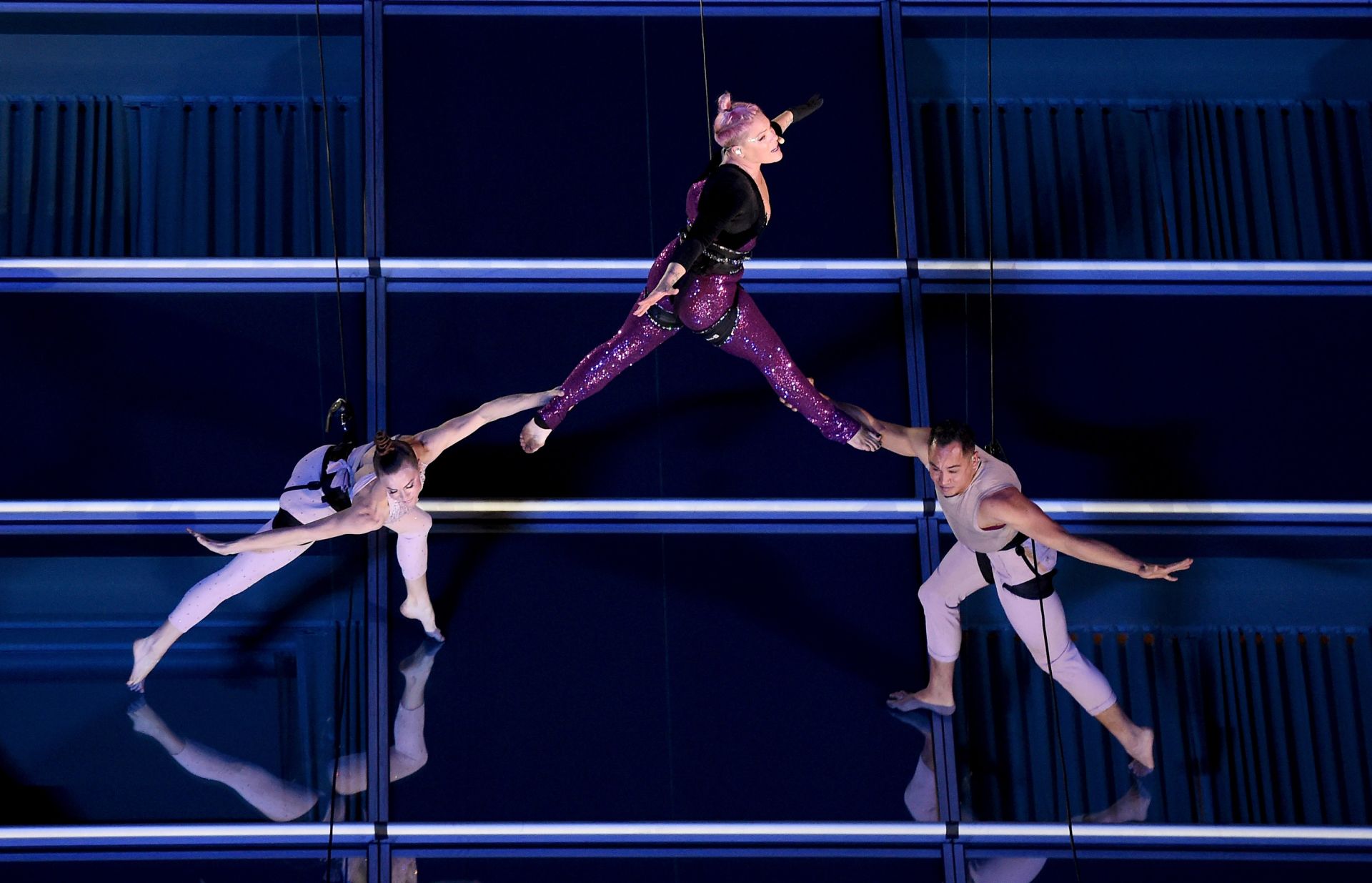 While other performers lip synced lazily, P!nk sang live while swinging off of a J.W. Marriott—how's that for sponsored content? She more than likely surprised multiple hotel guests with her Spiderman antics.
Kevin Winter/Getty Images 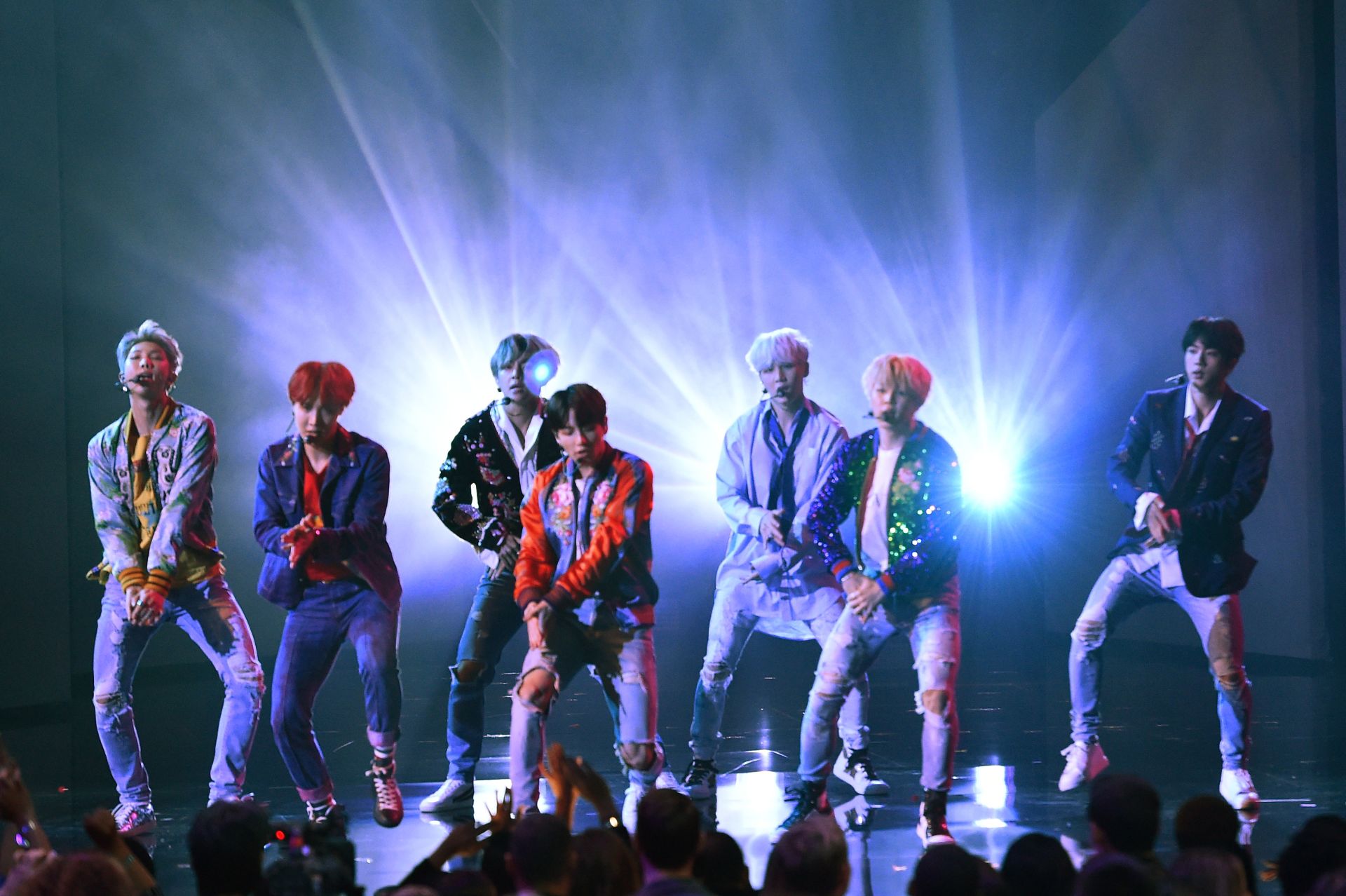 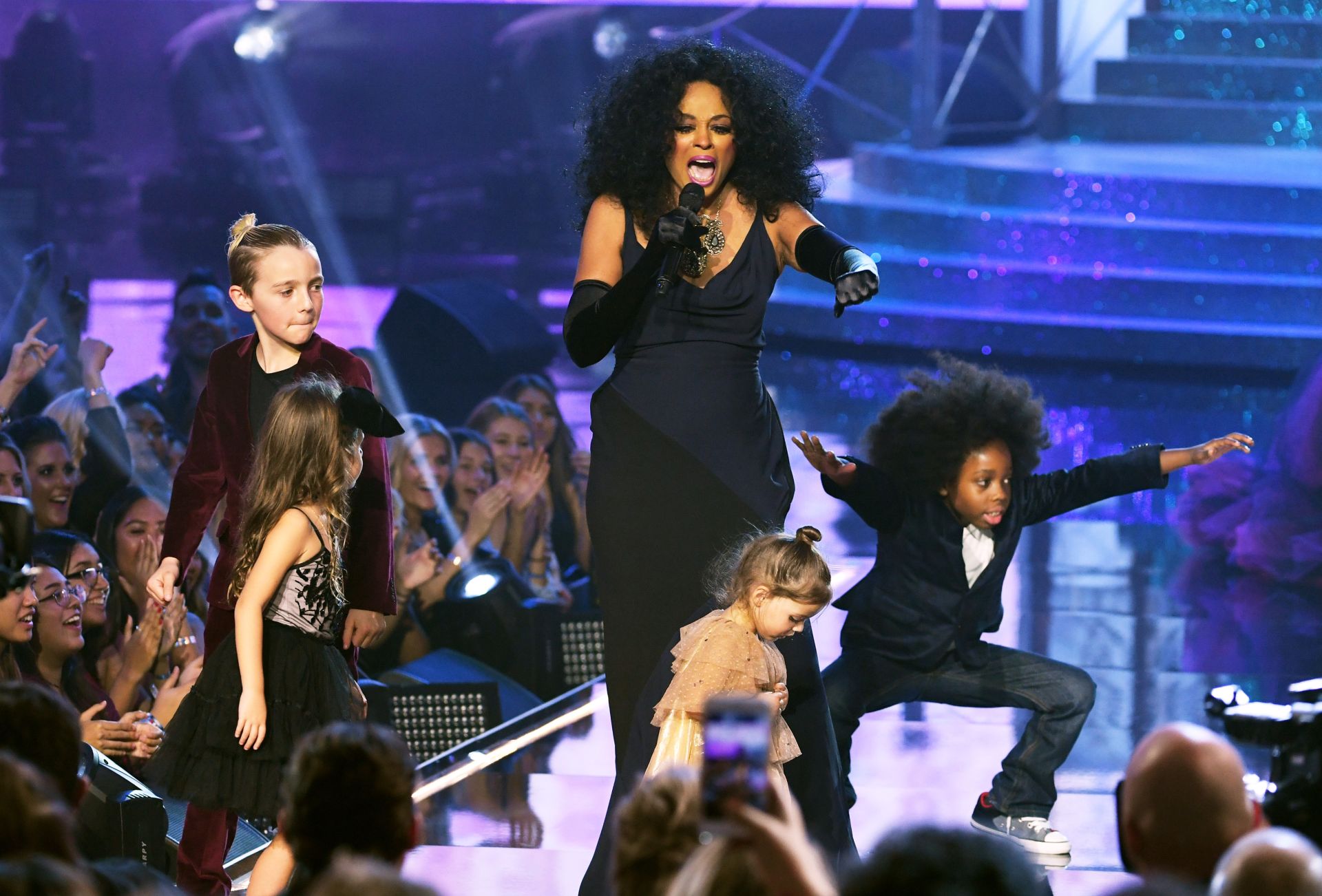 Diana Ross brought her grandchildren onstage, and her grandson Raif-Henok Emmanuel Kendrick stole the entire show with his enthusiastic dance moves. Ashlee Simpson, who's married to her son Evan, also joined the end of the performance alongside her kids, including Bronx Mowgli, her son with Fall Out Boy's Pete Wentz.
Kevin Winter/Getty Images 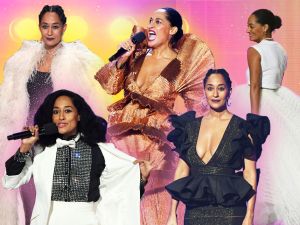 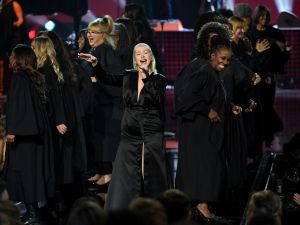 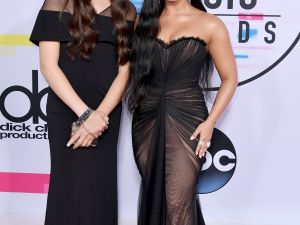 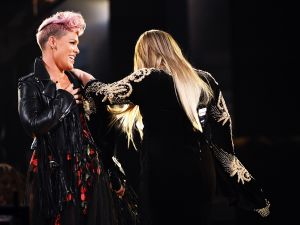 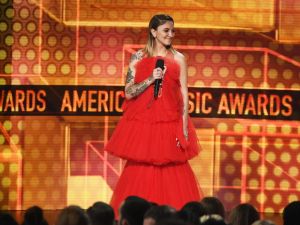 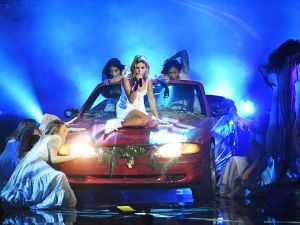 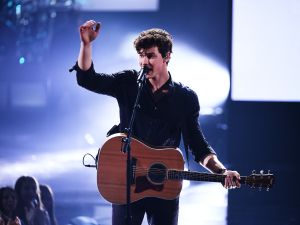 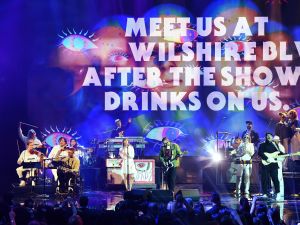 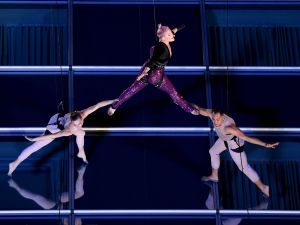 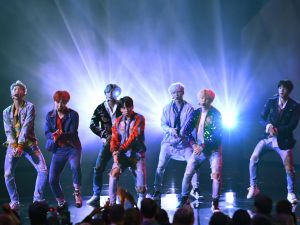 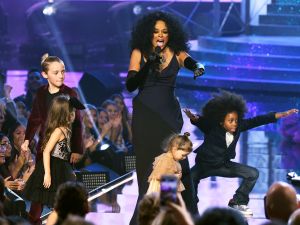 If for some reason you did not devote your Sunday night to watching an awards show where adult contemporary and teen pop stars reign supreme at the same time, here’s everything you missed. The 2017 American Music Awards gave the minivan majority what they want…along with plenty of lip syncing, glittering gowns and the chance for the iconic Diana Ross to share the stage with La La songstress Ashlee Simpson.

Scroll through to see the many looks of the evening’s host, Tracee Ellis Ross, who was basically a walking ad for KiraKira+, a zombie-like Selena Gomez in her first and last television performance of the year and Korean sensations BTS, who made their American television premiere.