Another former staffer of Democratic Congressman John Conyers has accused the lawmaker of sexual harassment, The Detroit News reports. Deanna Maher, who worked for Conyers from 1997 until 2005 as his deputy chief of staff, told the outlet that the Democrat made three unwanted advances to her.

“I didn’t have a room, and he had me put in his hotel suite,” described Maher, now 77. “I needed to earn a living, and I was 57. How many people are going to hire you at that age?”

In the other two instances, Maher claimed Conyers touched her inappropriately, including while driving on the interstate.

“He was trying to feel me up with his right hand,” she said. “I kept pushing his hand away. Then he put his hand on my neck and started trying to tickle me. We were on I-75, and he was driving erratically. I was saved by the bell because we got pulled over by the police for the way he was driving.”

“At best, they are uncorroborated. At worst, they’re just not believable,” Conyers’ attorney, Arnold Reed, said of the allegations. “When you consider that they’re flying down I-75, he is driving and has time to do all of that, they get pulled over by a police officer, and she doesn’t tell him what’s going on?”

A reporter from another Detroit newspaper verified that Maher previously discussed the allegations off-record. Maher also told Detroit News that she reported the alleged instances to the House Ethics Committee and U.S. Attorney’s Office in 2001.

Earlier this week, Conyers, a 27-term congressman and the longest serving member of the House of Representatives, resigned from his position as ranking member of the House Judiciary Committee. The Democrat’s history of sexual misconduct was first raised last week in a Buzzfeed report documenting a settlement Conyers reached with a former staffer for $27,000. 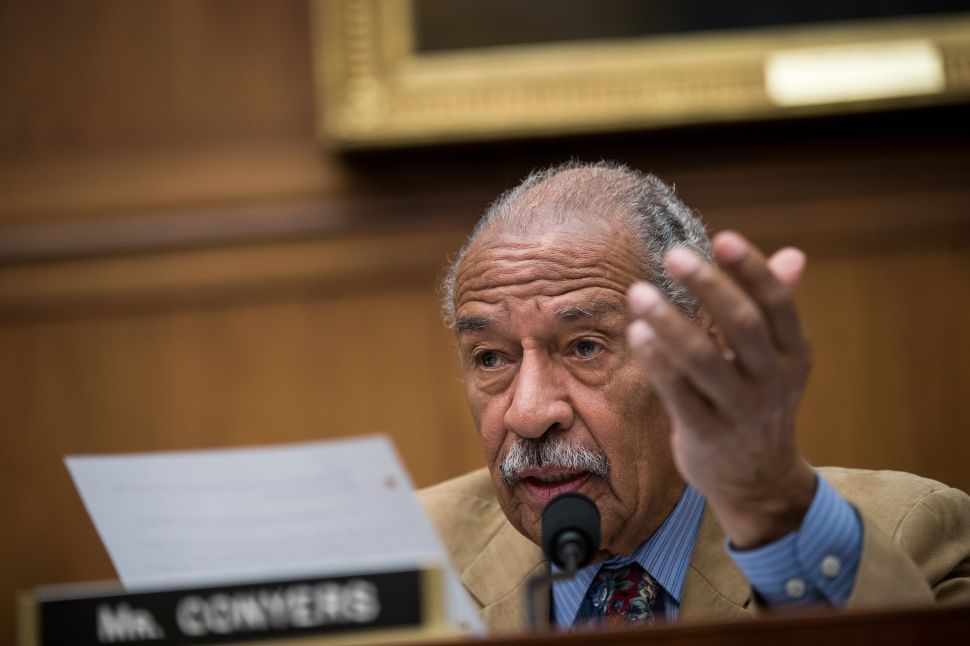