Six middle-school students between the age of 17 and 19 told the Financial Times that they had been working 11 hours a day since September as a mandatory internship in a Foxconn factory in Zhengzhou, a city in central China.

The minimum working age in China is 16. For workers between 16 and 18, the Chinese labor law limits the work to under eight hours per day.

Foxconn, which owns 39 factories in mainland China, admitted to the allegation on Wednesday, and said they immediately reduced the daily hours to eight after the news broke, The Financial Times reported.

The students said they were among 3,000 student interns from the Urban Rail Transit School, a local vocational school training railroad operators, who were forced to take the job. An 18-year-old student told the Financial Times that her teacher, who lived on-site to supervise the work, would yell at her for not doing enough work.

Employment of students under the age of 18 is considered internship in China, and doesn’t require employers to sign law-binding contracts with employees. This means juvenile workers are not directly protected under Chinese labor law, which addresses disputes involving salary, health insurance, and workplace condition among others.

It’s also uncommon for students to take full-time internships during semesters. Apple and Foxconn claimed that these students were working voluntarily, and their overtime was compensated, per the Financial Times.

Full-time pay at the Zhengzhou Foxconn factory runs between RMB2600 ($393) and RMB4000 ($605) a month, according to local media. Local minimum wage is $260 a month. It’s unclear how much the interns were compensated.

A Foxconn employee told the Financial Times that overtime would fall as they gradually fulfilled iPhone X orders, which has been in severe short supply since its launch on November 3. 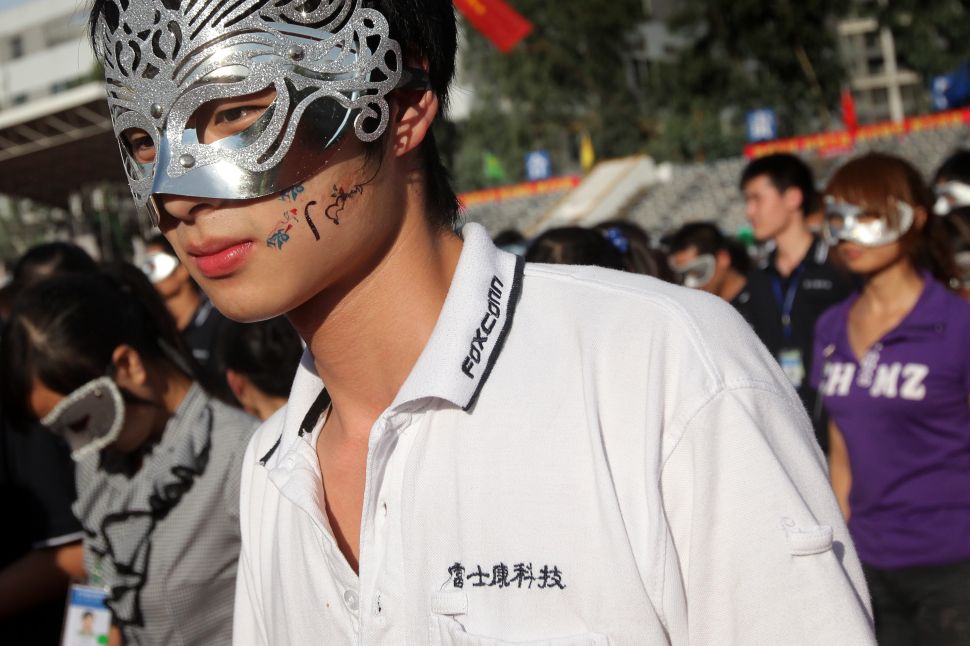