The suspected architect of the back-channel between President Donald Trump‘s campaign and the Kremlin has been summoned to Congress. Erik Prince, former head of the U.S. paramilitary empire Blackwater and the brother to Education Secretary Betsy DeVos, will testify next week before the House Intelligence Committee. Under oath and behind closed doors, Prince will answer questions about his alleged involvement in Russia’s interference over the 2016 election.

Prince’s correspondence with Russia was first documented by The Washington Post in April. The report focused on a January 11 meeting in the Seychelles Islands between Prince and a Russian official tied to the Kremlin.

“The United Arab Emirates arranged a secret meeting in January between Blackwater founder Erik Prince and a Russian close to President Vladi­mir Putin as part of an apparent effort to establish a back-channel line of communication between Moscow and President-elect Donald Trump,” the Post reported.

After claiming the outlet was unmasking him “for political purposes,” Prince clarified the nature of the meeting in an interview with The Daily Caller. Doubling down on his narrative, he called on Attorney General Jeff Sessions to launch a probe into the Obama administration’s reported surveillance of Americans who met with foreign officials.

“We talked about the Russian business climate, where we thought oil was headed price-wise and how much he thought Russia would like to do business in America,” said Prince. “It had nothing to do with national security, the Trump campaign, or anything else.”

Prince served as an informal advisor to the president this past election cycle and donated $250,000 to the Trump campaign. Following Trump’s election, Prince’s sister, Betsy DeVos, was appointed as education secretary. The former Blackwater founder has teased a Senate run in Wyoming for the 2018 midterms, and has reportedly met with former White House strategist Steve Bannon to discuss a possible campaign. 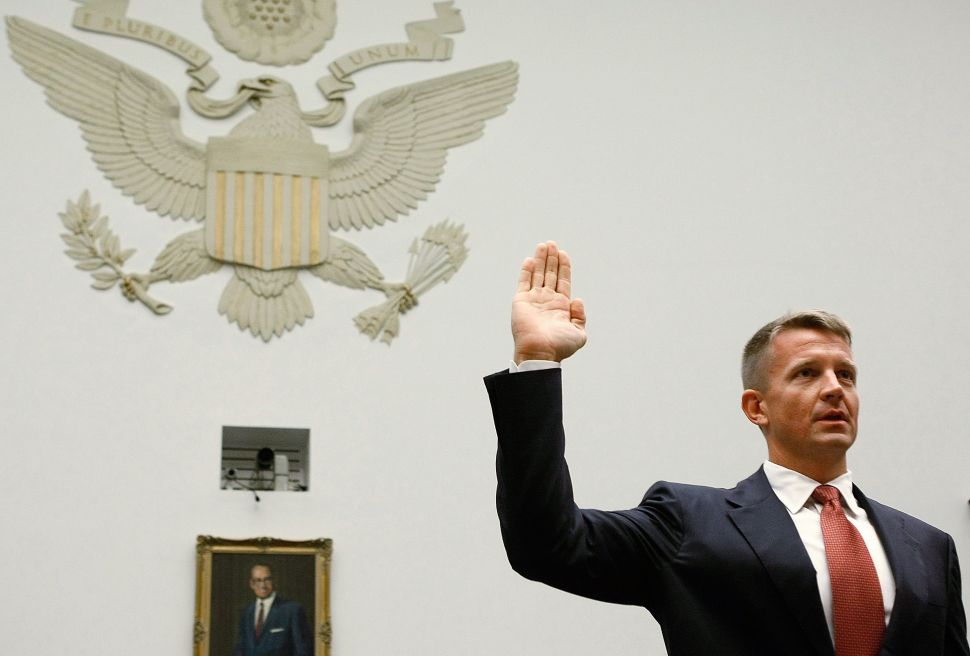