Las Vegas brags that what happens there, stays there. But what’s happening in Whitehall—Britain’s political equivalent of both ends of Washington’s Pennsylvania Avenue—will not stay in the U.K. Chancellor of the Exchequer Philip Hammond’s budget requires huge cuts in Britain’s military. Already down to 79,000 from an authorized strength of 82,000, it would further decline to 70,000.

The Royal Navy, which once ruled the seas, will acquire two giant aircraft carriers, but it will not have sufficient aircraft to man these behemoths. And the RAF, which won the Battle of Britain, is a sliver of its former self. Worse yet, the special relationship between America and Britain, in part based on military-to-military and intelligence linkages established during World War II, is at risk.

A firestorm has erupted in Britain over these proposed cuts. Last weekend, a very senior member of the House of Commons called me in despair over what could happen to the British military. A large number of former Conservative defense ministers and retired generals have registered their strongest protests. But no matter how this debate is resolved in Whitehall, the pressures to slash defense have already crossed the Atlantic.

Though the differences are important, the outcome for both militaries could be the same: hollow forces unready and ill-prepared to carry out their missions. While the Armed Services Committee of both Houses and the Senate Appropriations Committee have approved defense spending for next year at about $700 billion, which is well above the president’s budget proposals, that amount is not sufficient if the current force levels and operational requirements defined by our strategy remain unchanged.

The symptoms are unmistakable. In the U.S. Navy, operational over extension and under funding have produced a rash of collisions and accidents. The Air Force is suffering from similar shortcomings and is already short about 2,000 pilots. Of the Army’s nearly six dozen Brigade Combat Teams, only a handful have been declared fully operationally ready “to fight tonight” and about one-third would require at least 30 days training to gain that status.

Unlike Britain, where the danger stems from immediate defense spending cuts, two more insidious factors threaten the U.S. military. The first is uncontrollable internal real annual cost growth of about five to seven percent for every budget item from people to precision weapons to pencils. Just to stay even, an additional $30-50 billion is required, and those increases are not going to be approved.

Second, the budgetary-bureaucratic-political-oversight process has become Frankensteinian. It is amazing that the Pentagon functions as well as it does. It has not had a fully approved budget on time for years. Existing on Concurrent Resolutions (CR’s) means new starts are deferred and long-term planning is impossible because the Pentagon does not know how much funding it will get or when it will be approved.

The Budget Control Act caps military spending, so the $700 billion for 2018 is probably dead on arrival. Further, sequestration requires automatic across the board cuts for all programs if spending caps are exceeded, which makes no sense. How can you cut 10 percent of a jet fighter, warship, tank or a bullet? You can’t.

The nation has three choices. First, it can allow the process to run its course and take no real action, which will led to a hollow force. Second, it can spend more money. Roughly $750-800 billion is needed for the current programs. Finally, it can re-evaluate the current strategy-force level-operational requirement-budget mismatch to reflect that much of the military has been at war or engaged in high tempo operations for 16 years.

Choices two and three are the only sensible options, but Congress will not pass budgets of that size. Hence, this strategy-budget mismatch must be corrected. This is a Sisyphean task. The number and types of threats are far more difficult to address than during World War II and the Cold War.

There is also another choice: shrinking the U.S. military. The issues are whether a “larger, smaller” less ready force or a “smaller, smaller” but very ready capable military will follow. And will we have the courage to face these issues head on?

Dr. Harlan Ullman is a Distinguished Senior Fellow and Visiting Professor the U. S. Naval War College and Senior Advisor at the Atlantic Council. His latest book Anatomy of Failure: Why America Has Lost Every War It Starts is available on Amazon and at bookstores. The writer can be reached on Twitter @harlankullman. 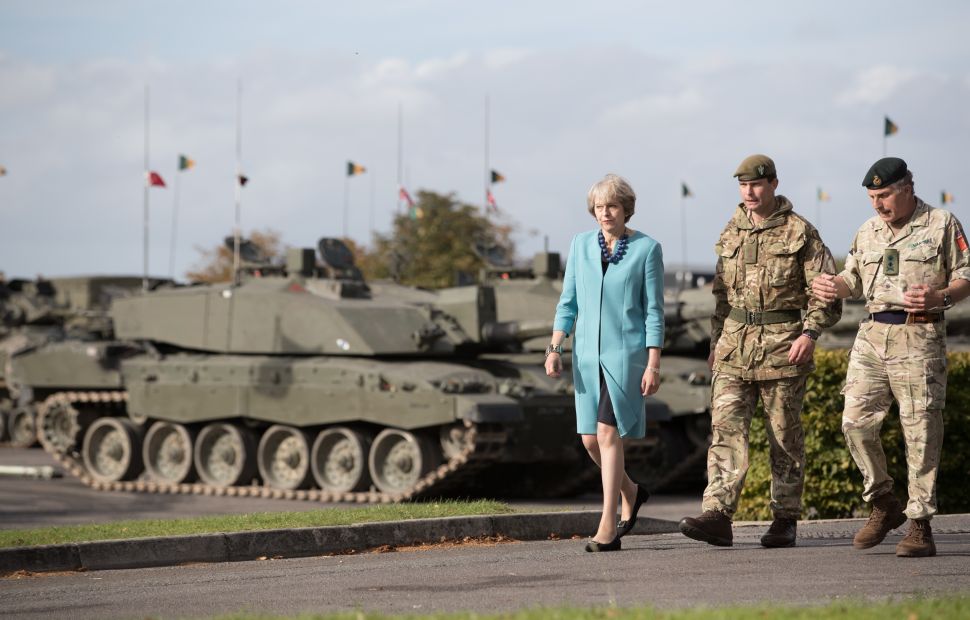