Although it’s rumored that Prince Harry has a secret Instagram account, the British royal family doesn’t personally utilize social media. Instead, they have a social media manager who posts perfectly G-rated snippets of their lives, using professional photos from official appearances. There are no selfies, thirst traps or Kate Middleton #OOTD moments in sight. But while the royals don’t post their own content, both Prince Harry and Prince William feel strongly about limiting social media usage, especially for children. Perhaps they’re just tired of snapping selfies.

According to People, Prince William gave a speech on Monday night at a gala where he told the audience, “There is a sense of being on call 24/7 through social media, and the subsequent strains this can have on relationships, home life and, ultimately, a child’s sense of their own self-worth.”

While Prince William and Prince Harry are quite different (although both certainly like to party), both agree that social media usage has spiraled out of control.

“People are spending far too much time online and it’s like a mental running machine that they can’t get off,” Prince Harry told the audience at an event last month that supported the One of Us mental health campaign. He added that while he doesn’t want to ban social media, he does believe people need to talk to each other in person more, to avoid getting burnt out.

While no one has to worry that the British royal family is focusing on banning social media, it is a helpful hint to stop staring at your phone. 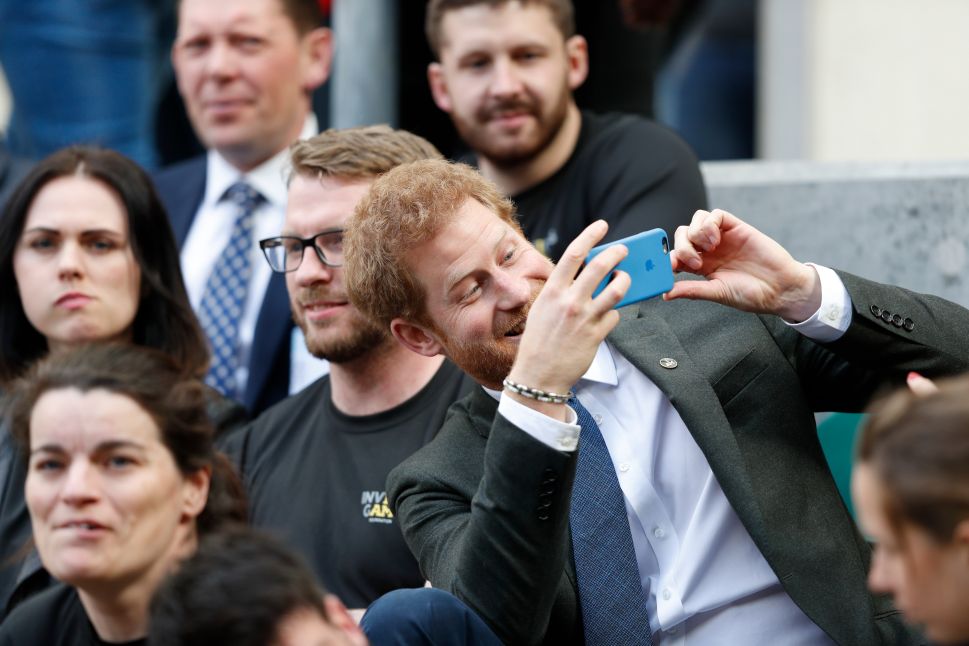