The beginnings of a constitutional crisis have emerged. The spark? Two bureaucrats vying for control of the Consumer Financial Protection Bureau.

“It is my legal opinion that the president possesses the authority to designate an acting director for the bureau,” McLeod wrote. “I advise all Bureau personnel to act consistently with the understanding that Director Mulvaney is the Acting Director of the CFPB.”

“Now that the CFPB’s own general counsel — who was hired under Richard Cordray — has notified the bureau’s leadership that she agrees with the Administration’s and DOJ’s reading of the law, there should be no question that Director Mulvaney is the acting director,” White House spokeswoman Sarah Sanders said in a statement. “It is unfortunate that Mr. Cordray decided to put his political ambition above the interests of consumers with this stunt.”

As Mulvaney arrived at the agency’s headquarters Monday morning carrying a bag of donuts, English sent a company-wide email identifying herself as acting director.

“Please disregard any instructions you receive from Ms English in her presumed capacity as Acting Director,” Mulvaney shot back over email, also signing off as acting director and encouraging staff to “grab a donut” from his office on the fourth floor. A Mulvaney aide later tweeted a picture of the president’s pick inside the director’s office.

Founded in the wake of the 2008 financial crisis, CFPB was authorized as part of the Dodd-Frank Act to protect consumers and monitor Wall Street. The independent agency is funded through Federal Reserve Bank profits rather than the congressional appropriation process, and houses over 1,600 employees. Massachusetts Senator Elizabeth Warren was CFPG’s first director as the Obama administration garnered support for Cordray’s appointment.

Since 2010, Republicans have argued that CFPB’s structure is susceptible to government abuse. While serving in Congress, Mulvaney voted to kill the bureau, arguing the agency possessed too much power. His appointment by the president is part of the current administration’s ongoing efforts to roll back regulations enacted during the Obama years. CFPB has also been criticized of diverting millions of dollars to Democratic allies and hiring based off political affiliation.

With the ’08 Financial Crisis in the rearview mirror like an inconvenient nightmare, lawmakers deregulate industry and dismantle federal institutions to grow an increasingly unstable economy. The battle over the Consumer Financial Protection Bureau is a microcosm for the larger war over capitalism’s limits, and may go to the Supreme Court.

When the victor determines the scope of Wall Street’s ability to write the rules governing financial markets, courting co-workers with Dunkin’ Donuts takes on new significance. An allergy reaction alone could alter billions of dollars in speculation. 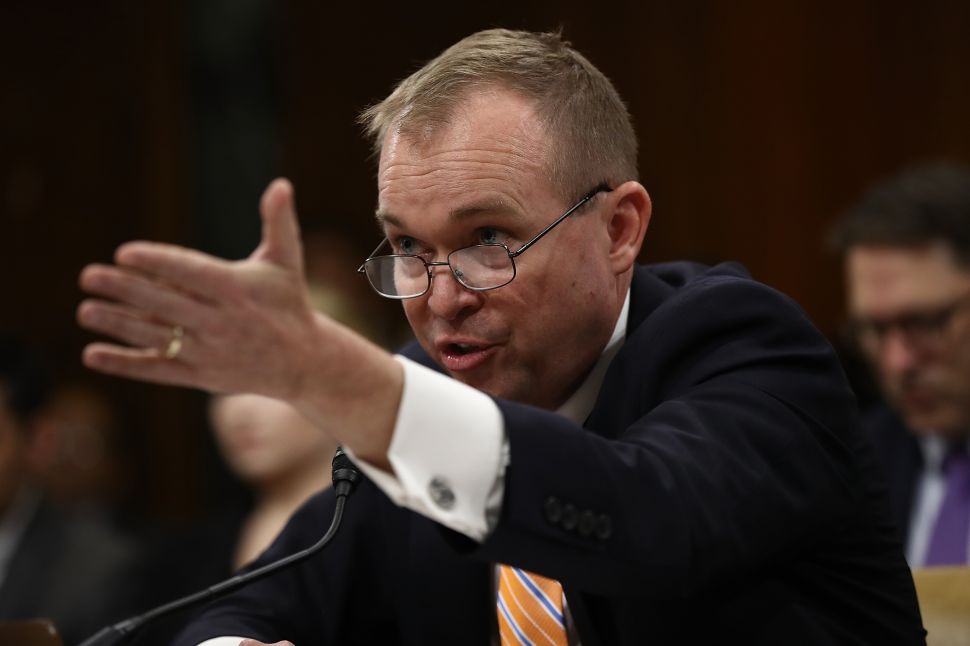