Senator Claire McCaskill (D-MO), who faces re-election in 2018 in a state that Donald Trump won by 18.5 percent, has tried to distance herself from the Trump Resistance in hopes of courting her constituents who voted for Trump. Additionally, according to FiveThirtyEight, 43.1 percent of her votes have been in line with Trump, the fourth highest percentage of any Democrat in the Senate.

In her attempt to appease Trump supporters, she has disenfranchised and alienated progressives in Missouri. In February 2017, she complained about the political pressure she faces on the left, saying, “I may have a primary because there is, in our party now, some of the same kind of enthusiasm at the base that the Republican Party had with the Tea Party.” She added, “We are seeing that same—and many of those people are very impatient with me because they don’t think I’m pure. For example, they think I should be voting against all of Trump’s nominees, and of course I’m judging each nominee on its own merit.”

The primary challenger she anticipated has announced. Angelica Earl, a former verification specialist for Obamacare who witnessed its flaws first-hand, is challenging McCaskill in support of a single-payer health care system.

Earl told the Observer, “I had to do expirations at one point. My second expiration ever, the second one I ever had to do, it was a three-year-old boy. That really upset me to have to expire a three-year-old child. There’s no reason people shouldn’t have health care, so I’m saying from all the people I’ve talked to, the hundreds of people while working at the marketplace, single-payer healthcare is the way to go.”

Earl was let go due to staff reductions caused by less people signing up for Obamacare, which was due to increased premiums in the Affordable Care Act marketplace and Missouri’s refusal to accept federal funding to expand Medicaid. That decision by Missouri’s government, which is Republican-dominated, prevents thousands of people from being able to afford the premiums and deductibles of Obamacare.

“I can say from inside knowledge how disorganized, dysfunctional, and how completely irrational the working environment was. The ACA probably cannot be fixed,” added Earl. “It was changing every day multiple times a day. It never had consistency. If you missed work for a week, you’re coming back to a totally different playing field. It’s a great thing that we had, but it was not the solution. The solution is seen in countries all over the world, but not here.”

The issue of health care divides the Democratic Party. Many Democratic voters and congressmen support single-payer health care, but many party officials, including McCaskill, refuse to consider it. She ignores her constituents by defending Obamacare, a system that leaves out millions of Americans. Earl’s experience working in the ACA marketplace inspired her to challenge McCaskill.

In addition to health care, Earl disagrees with McCaskill on tax reform. As one of the few Democrats who are willing to work with Republicans on tax reform, McCaskill supports tax cuts for corporations that already receive millions of dollars in government subsidies and often exploit tax havens.

“McCaskill said she supports tax cuts for corporations. I’m for taxing them more and giving all of us some financial breathing room,” Earl said. “Trickle down economics does not work and I’m appalled that a Democratic senator would reach across the table to perpetuate such a lie.”

As McCaskill tries to appease Missourians who voted for Trump, she has angered members of her own party and now faces a formidable challenge from the left. The question remains: Has she moved too far to the center to survive a primary challenge? 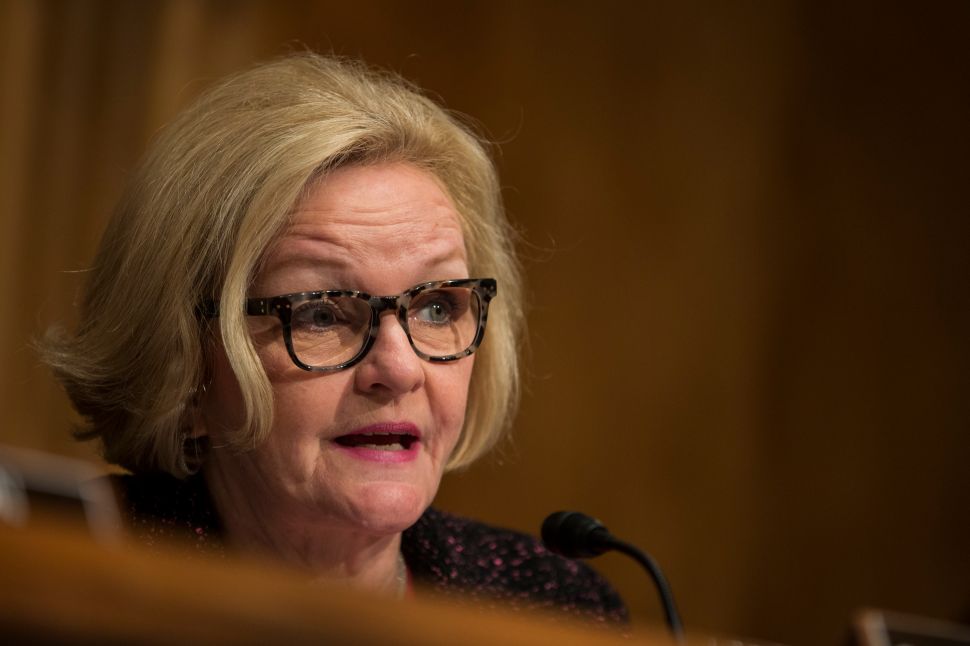