One of the most frustrating things about Washington is the refusal of both parties to debate and find compromise, even on an issue as important as tax relief for working families.

Last week, the House of Representatives passed a tax reform plan that will move the process forward. While not perfect, it was the crucial first step to allow continued deliberation before the bill is finalized. I was disappointed that Rep. Josh Gottheimer (D-5) instead voted to shut off negotiations and keep the status quo intact.

It is no secret that our economy is on wobbly grounds. More than 30 percent of the country still has not recovered from the 2008 recession. A December 2016 study found average incomes in the Garden State are still $3,700 lower than they were before the Great Recession.

Regressive bureaucratic policy should receive most of the finger-pointing. From protectionist regulations that guard the wallets of the rich to a central bank that transfers wealth from the middle class to Wall Street, much needs addressing by Congress. Worst of all, though, is the current tax code that makes upward mobility and doing business in America a struggle.

Thanks to the House leadership, the country may finally get the relief it deserves. Although eliminating many breaks, it still takes care of the Garden State by doubling the standard deduction that 60 percent of state residents use and eliminating the alternative minimum tax, all while preserving a $10,000 property tax deduction — identical to the one we have on the state level. It will create over 25,000 New Jersey jobs, and our middle-class families receive after-tax income boosts of $2,602.

The House’s tax plan will make it affordable to do business in America again. New Jersey will certainly benefit from the corporate tax rate shrinking from 35 percent — the highest in the industrialized world — to 20 percent. Perhaps companies like Mercedes-Benz and Hertz, which recently took away thousands of state jobs by fleeing from Montvale and Park Ridge, will unpack their bags and stay.

This bill is not perfect; however, negotiations are still ongoing. The House and Senate must still work out some kinks before a final vote.

Despite releasing a for-show campaign “Tax Cut and Growth Plan” last year, which called for cutting tax rates and simplifying the tax code, Gottheimer voted to shut off debate, coming out against a reform blueprint that lowers taxes for working New Jersey families and stops some of the best and brightest companies from leaving his own district.

To pretend this bill in even its current form will not benefit New Jersey is simply disingenuous. Walter Luers of the New Jersey Taxpayers Association suggests that even parts of this tax bill Gottheimer criticizes will help our state in the long run.

Mercedes told us they left Montvale because “the cost of doing business and the tax environment is just too high [in New Jersey] to be competitive with a state like Georgia.” Yes, a lower federal corporate tax rate may have prevented this move, but there’s more to the problem.

To bring an even larger renaissance to New Jersey’s economy, our irresponsible state house must curb its own reckless, tax-and-spend policies. Thankfully, just as big government advocates openly fear, Congress’s tax bill will force New Jersey’s state leaders to quickly reduce the rampant tax and regulatory issues we have on the state level. Once this occurs, New Jersey residents will be even better off than under Congress’s new, impressive tax reform framework.

Again, I applaud Congress and the White House for working to craft a win for our state. I look forward to seeing the final, improved bill and helping Congress to continue moving the ball down the field, whether from the inside of Washington or right here in New Jersey.

Steve Lonegan is a candidate in the Republican primary for New Jersey’s 5th congressional district and a former mayor of Bogota. 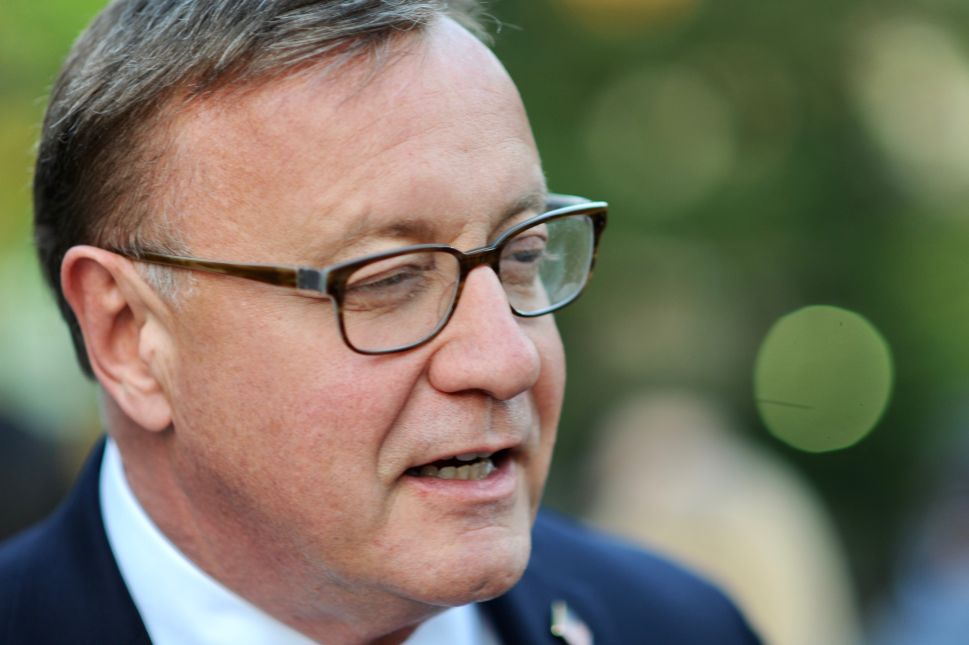