Climate change advocates write eloquent op-eds in prestigious newspapers almost every day. They publish books based on mountains of data and compelling arguments. They produce award-winning documentaries. And they hold conferences—a lot of conferences.

While awareness and acceptance of global warming has certainly skyrocketed, scientists wouldn’t ceaselessly issue dire warnings if we were adequately solving the problem. There are two reasons that we aren’t doing everything in our power to save the planet: First, people don’t always behave rationally, and secondly, it’s nearly impossible for people to act outside of their short-term self-interests to achieve long-term, seemingly intangible goals.

Non-rational behavior isn’t a new concept. Richard Thayer just won the Nobel Prize for Economics for his work on the topic. Even mainstream writers like Michael Lewis base bestselling books upon behavioral economics, which aims to explain the many factors that shape decisions beyond just our best interest at any given moment. So even though it’s logical for all Miami residents to drive electric cars, install solar panels, shutter coal-powered plants, and demand that their Republican governor and senators vote for a carbon tax, logic isn’t the only factor in their decisions. Just because your house may be underwater in 30 years or may not withstand the next barrage of ever more powerful and frequent hurricanes doesn’t mean you’ll significantly change your way of life.

Most human beings are aware of the limited nature of their existence. Our lifespans are a tiny portion of time, barely a rounding error considering Earth is more than 4.5 billion years old. Given that our time is so brief, we tend to think in terms of immediate cost and benefit. Humans are capable of great sacrifice, but usually for tangible gains. People indeed risk their lives for freedom and independence, but only because they’re being oppressed or threatened at that moment in time. Parents sacrifice their lives for their children, but their children are people they know and love, not vague concepts. Some even risk everything to fight for their beliefs, but conquering the evil of slavery, discrimination or genocide is more feasible and possible than changing mother nature.

Fighting climate change requires immediate action in pursuit of a goal that may not be achievable, and likely not during in our lifetime. In taking the steps necessary to survive global warming, we must act in the world’s best interest without seeing much benefit for ourselves. Yes, people who live in areas ravaged by powerful storms better understand the need for change, but the problem is largely so long-term, broad and overwhelming that most are paralyzed.

There are ways to make the problem more tangible and immediate. Creating a carbon tax changes consumers’ incentives and forces them to make better choices—at least in theory. But passing a carbon tax requires our political leaders to sacrifice their own self-interest. It’s easy for New York or California Democrats to aggressively decry and fight climate change, but if Democrats had control of Congress and seized a chance to pass a carbon tax but Schumer and Pelosi saw polling that indicated their vulnerable members would pay a steep price for their vote, the vote would likely not happen. A decade ago, there was tremendous enthusiasm that green jobs would create enough opportunity to make the benefits of fighting climate change real and immediate, but most of that promise never panned out. Sure, there’s Tesla and LEED certification, but sadly fracking has had a larger impact on our energy supply.

Earth is warming at an alarming rate. It’s already having a devastating impact, and the problem will only get worse. And while political leaders gather in places like Paris to sign a global accord hewing to new goals, forcing their constituents to change their way of life is a much tougher sell. After all, people don’t always behave rationally, especially when their short-term interests don’t align with their long-term goals.

Of course we should have a carbon tax, use energy sources that don’t add to the problem, and end our reliance on fossil fuels. But arguing for these solutions doesn’t amount to much. We need to recognize human nature for what it is and construct solutions that fit with how humans think and behave instead of expecting them to defy their instincts. Asking people to change simply because it’s the right thing to do doesn’t reflect the reality of the world we live in. And until we recognize that, no real difference will be made. 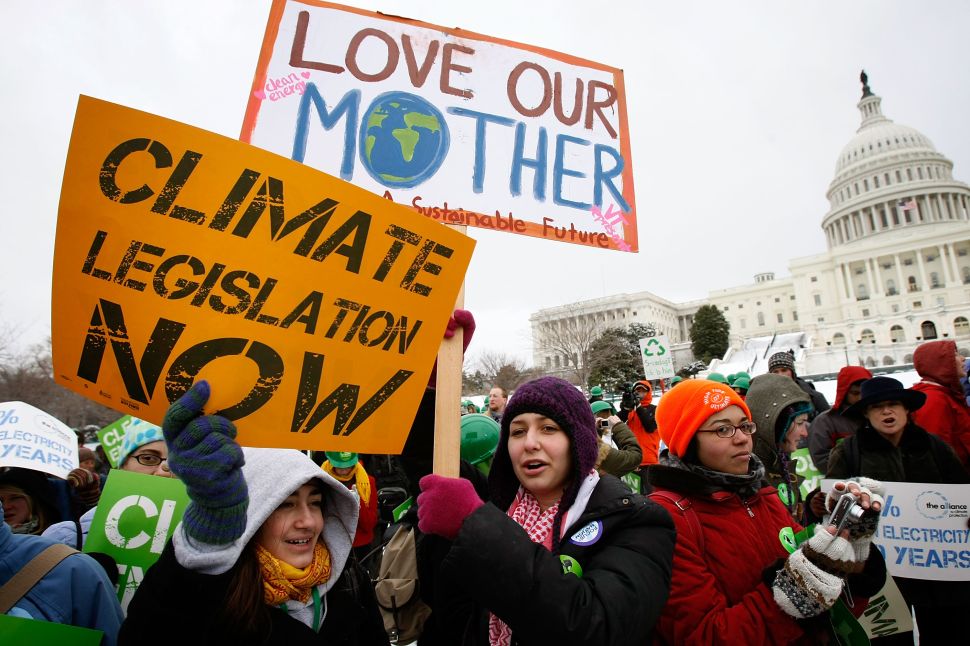