The city’s conflict of interest law bans public servants from using resources such as city vehicles for personal matters. All nine officials reimbursed DOC for personal mileage used and gave up leave time.

While serving as the DOC’s deputy commissioner of quality assurance, Brann used her assigned DOC “take-home” car to make 16 personal trips — 13 trips to shopping malls and three trips to John F. Kennedy International Airport, according to a COIB disposition signed by Brann on Oct. 31 and COIB Chairman Richard Briffault on Nov. 8.

She reimbursed the department $493.67 for the mileage that she used and gave up eight days of personal leave to the department valued at $5,824, according to COIB. She had already paid the fine by the time Mayor Bill de Blasio named her as acting commissioner on Oct. 3.

“At the time, I erroneously believed that I was allowed to use my DOC take-home vehicle for all personal travel in case a DOC emergency required my immediate response and travel to a DOC facility,” Brann said, as stated in the disposition.

She also flouted the city’s conflicts of interest law when she tried to pay the board-imposed fine that she received, COIB said. Violators are required to pay COIB fines with a bank check, a money order, a cashier’s check or a certified check.

The city’s conflicts of interest law bans public servants from using their positions for personal or private advantages from their subordinates. Brann ended up paying a $6,000 fine to COIB for a total penalty valued at $11,824.

The other eight officials also had to pay hefty fines.

Peter Thorne, the DOC’s deputy commissioner for public information, insisted that the officials’ behavior was a misinterpretation of the rules.

When the mayor first named Brann acting commissioner to replace Ponte after he resigned, he said that there was no one with her experience, knowledge and commitment to reform.

“She’s been on the front lines enacting reform, adding rehabilitative programming, and ensuring the safety of staff and inmates,” he said. “Under her steady leadership, I’m absolutely confident we will be able to build on the progress we’ve made.”

Natalie Grybauskas, a mayoral spokeswoman, said his position is the same.

“The mayor’s confident in Commissioner Brann, and this issue has been addressed at length.

Ponte, whom he appointed in 2014, spent 90 days out of 2015 outside the five boroughs, repeatedly using his taxpayer-subsidized SUV on various trips to his former home in Maine and used his city gas card to fuel up, according to a report by the Department of Investigation released at the end of April. Several of his subordinates also made similar trips in their city cars, the report found.

At the time, the mayor claimed that Ponte and his associates got official advice that such trips are allowed, with Ponte pointing the finger at two former DOC employees from former Mayor Michael Bloomberg’s tenure. One of those employees denied giving such advice.

But DOI Commissioner Mark Peters, who was the treasurer for de Blasio’s 2013 campaign, said that his probe had not found anyone who had given the commissioner and his staff such guidance.

This story has been updated to include a comment from the Department of Correction. 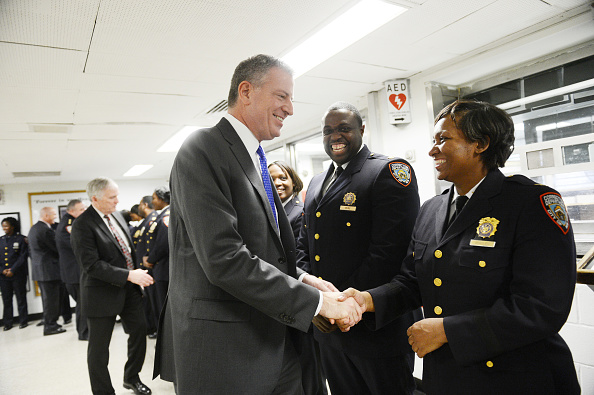