In the wake of last week’s Paradise Papers leak, six Democratic senators are demanding for an investigation into Secretary of Commerce Wilbur Ross. Helmed by Senator Richard Blumenthal (D-Conn.), the senators want the Commerce Department Inspector General to probe Ross’ net worth and compliance with recusal requirements in his ethics agreement.

“We urge you to examine the veracity of Secretary Ross’s statements about his wealth, including responses provided to Congress, whether Secretary Ross has provided fabrications about other assets or shielded the existence of assets, and the extent to which false representations impacted the evaluation of and implementation of the ethics agreements he must now follow,” the senators wrote.

Questions surrounding Ross’ wealth were raised by Forbes last week after a reporter speculated that the commerce secretary may have lied about his net worth. Ross challenged this assumption by telling the outlet he transferred family assets into trusts between the 2016 election and his nomination, even though the Commerce Department stated, “There was no major asset transfer to a trust in the period between the election and Secretary Ross’s confirmation.”

The senators are also inquiring about Ross’ holdings in offshore accounts and his stake in Navigator Holdings, a gas transportation company that has done business with a Russian energy company tied to Russian President Vladimir Putin. After Blumenthal, the letter to the inspector general was signed by Senators Maggie Hassan of New Hampshire, Cory Booker of New Jersey, Maria Cantwell of Washington, Tammy Baldwin of Wisconsin. and Tammy Duckworth of Illinois. 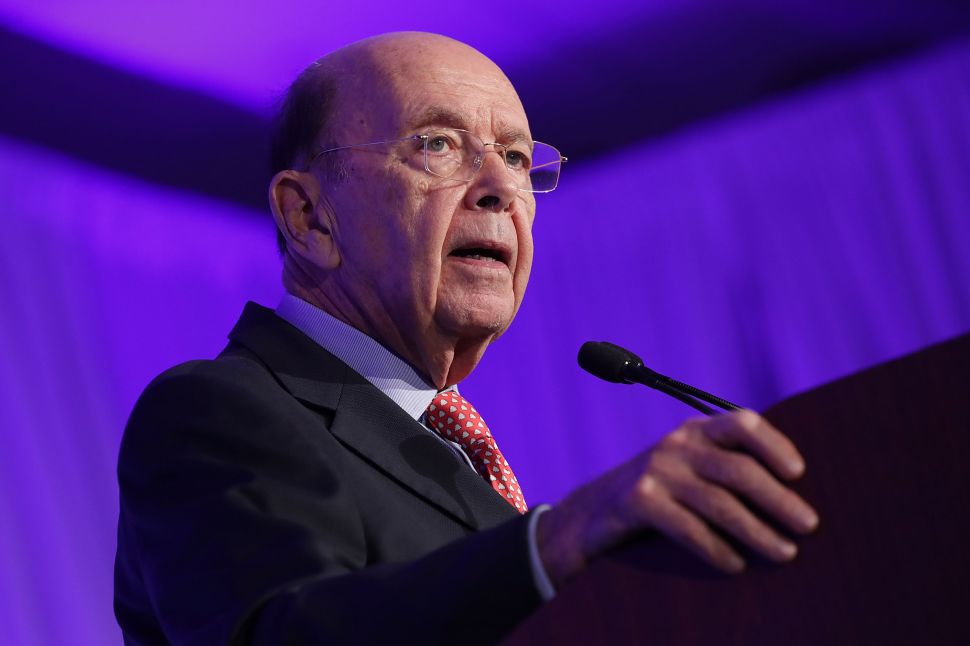