A group of Democratic leaders used yesterday’s United Nations climate summit in Bonn, Germany as an opportunity to show that the rest of the U.S. has a different stance on climate change than its commander-in-chief. The two-week Bonn Climate Conference, which began on November 6th, assembled to outline a plan for the pledges expressed in the Paris Climate Change Accord and accomplish the task of limiting the global temperature rise to 1.5 degrees by 2100.

Beginning at the conference last week, U.S. Democratic senators began engaging in talks with global leaders in an attempt to minimize Donald Trump’s remarks on the subject. Former New York Mayor Michael Bloomberg and environmentalist Tom Steyer helped cover the cost of a $235,000 pavilion, boasting top speakers and brandishing the slogan, “We’re still in.”  Steyer is also known for spending millions on a national ads outlining reasons to impeach Donald Trump. Democratic senators are also getting in on the action. “I want to make it clear: The federal government is not just the president of the United States,” said Senator Ben Cardin (D-Maryland) before a crowd of cheering activists at the pavilion.

The highly organized succession of anti-Trump rhetoric displayed by Democrats at the Bonn Summit circle around the idea of using the United States government’s notoriously slow turnaround process to their advantage. Although Republicans control the White House and the majority of Congress, they need 60 votes to succeed in their legislative goal of reversing Obama-era climate initiatives such as placing carbon limits on the power industry, maintaining fuel economy standards and placing tax credits on wind and solar energy.

“I think that there’s an understanding of the American system of government, which is sometimes cumbersome and slow, and frustratingly so, but in this instance it works in favor of climate action,” said Senator Brian Schatz (D-Hawaii). “Whatever the president’s rhetoric, he can’t prevent us from moving forward on clean energy.”

Democrats are using the Bonn Summit as an opportunity to rebuild international faith in the United States’ dedication to curb emissions despite Trump’s aggressive tirade against it. 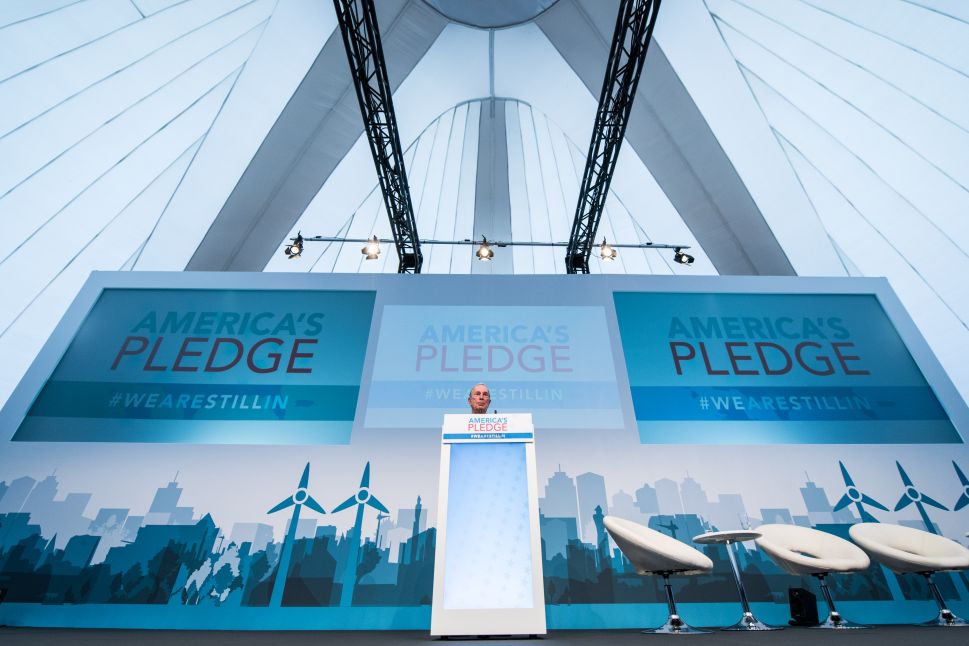