Yesterday marked the one-year anniversary of Donald Trump’s presidential election victory, an event that shocked many due to Hillary Clinton winning the popular vote and the world’s seemingly unanimous hatred for him, depending on which “bubble” you immerse yourself in. Overnight, the United States was submerged in divisions not seen since the civil rights movement. Though not overtly marketed as such, Trump’s presidency gave voice to groups far-flung from the African-Americans and women who were promised empowerment in his speeches. Islamophobes, homophobes, white nationalists, and neo-Nazis woke up on November 9th, 2016 to a world where they too would have a voice in mainstream politics.

Women, minorities, and gay and transgender individuals are finding solace in a Democratic Party that has rebuilt itself since last year’s startling blow. Black female voters in particular have been an indispensable asset to the Democratic Party; according to exit polls, 90 percent of black women voted for Hillary Clinton in the 2016 election.

With black female voters showing up to the polls in such record-breaking numbers, why is the DNC still romancing the white vote? “Exit polls in VA showed only 47 percent of white women voted Dem while 90 percent of Black women voted Dem,” tweeted Planned Parenthood Director of Constituency Communications. “Can progressives stop believing we’ll swing white women to Dem votes? Didn’t work in 2016 nor last night. But imagine where investment in Black women could take us.”

An often-speculated reason for Clinton’s 2016 loss was her lack of focus on minority voters. “One of Clinton’s strategies was to appeal to moderate Republican women by showing how disgusting Trump is,” Joe Dinkin of the Working Families Party, a left-wing party that endorsed Sanders in the primaries but worked for Clinton in the general election, told The Atlantic after the 2016 election. “But, being a Republican voter means already having come to terms with voting for disgusting racists and sexists sometimes.”

While Republican females may not not swing their vote, the DNC needs to align its resources toward voters that reliably turn out for the Democratic Party, namely the black females largely responsible for their 2017 victories. 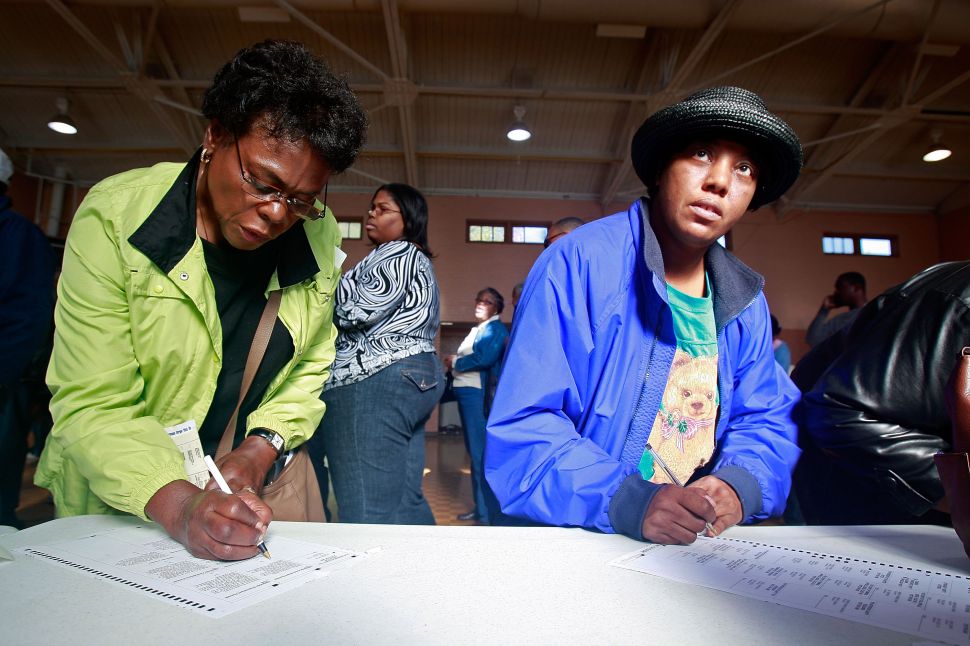