In his coming-out speech on the Senate floor last month opposing President Donald Trump, Sen. Jeff Flake (R-AZ) remarked, “Anger and resentment are not a governing philosophy.” He stated the obvious due to the decayed commitment to good governance in Washington, a phenomenon plain to see for some time but dramatically accelerated in the Trump era. While voters may have chosen Donald Trump as a reflection of their dissatisfaction, their choice didn’t reflect a well-considered desire for better, more prudent government. And with the imprimatur of (almost half of) the electorate, the political foxes are running wild in the henhouse. This amateur hour at the tiller of our ship of state might be worth laughing off if it weren’t weakening of our collective future prosperity and security.

On a daily basis, we are witnessing the brazen flouting of care for the common weal by the President and his enablers in Congress. The tax reform bill passed by House Republicans last week would blow an estimated $1.7 trillion hole in the national debt over ten years—but we don’t know for sure because the House put the bill up for a vote so hurriedly that the Congressional Budget Office didn’t have time to study its impacts. The companion bill in the Senate would do the same, while raising taxes for the middle class after 2025, and resulting in 13 million people losing health insurance and higher insurance premiums for millions more… all to shower tax cuts upon corporations and the wealthy that even right-of-center economists find highly unlikely to create jobs or grow the economy. Bruce Bartlett, Ronald Reagan’s tax policy adviser, wrote in The Washington Post, “There’s no evidence that a tax cut now would spur growth.” He added, “Rushing through a half-baked tax plan, in the same manner Republicans tried (and failed) to do with health-care reform, should be rejected out of hand.”

The White House is, if anything, one-upping Congress with its devil-may-care insouciance. President Trump has not filled hundreds of senior managerial positions, has nominated judges with no trial experience to the federal bench, nominated non-scientists for chief scientist positions, and pushed out professionals for loyalist hacks in the White House and across the federal government.

Instead of carefully designing laws and executive orders, we have a cruel duopoly of policymaking by tweet coupled with the fiat of Rebekah Mercer and David Koch.

The insults to current voters will lead to repercussions as soon as the impacts are felt. While notorious for short memories, voters still know if their paychecks are coming in, their bills are going out, if the trains are running on time, and if the potholes are filled.

Yet it’s the future generation—or even our own selves in a few short years—that will bear the brunt of this irresponsibility, and the future has no lobby to make campaign donations or cast ballots.

In their recent book The Public Wealth of Cities, Dag Detter and Stefan Fölster note that elected governments not only pander to special interests and make rash political decisions to please shortsighted voters (say, cutting taxes now in favor of budget crises later), they don’t even manage and measure their assets properly. Exhibit A for poor management and underfunding of public assets is the New York City subway system, plagued for decades by diverted funding and deferred maintenance. Any investor can tell you that managing an asset is about maximizing future returns while accounting for risks. If we can run businesses and retirement portfolios in a prudential manner, why can’t we do it with public assets?

In fact, democracy isn’t hopelessly consigned to shortchanging the future; all we need is a commitment to good stewardship.

Detter and Fölster point out that the concept of public assets should be considered broadly: Not just money, property, and infrastructure, for example, but also societal capital, such as the population’s education level, job skills, health, and even social trust, quality of life, and cultural vibrancy. (And let’s not forget environmental quality.) If we properly identified, recognized and managed these assets, many of our government’s priorities, policies, and actions would be quite different.

Take the current debate on tax reform. As important as it is to score the budgetary impact of the tax plan, we should be looking not only to improve that score. What about the fact that the House bill eliminates the tax deductibility of college tuition, stacking the deck against lower-income youth pursuing higher education? Or that it eliminates the tax credit for adoption, potentially forcing more children to languish in foster care? Or reduces payments to Medicare by billions, creating health care spending liabilities that will hit middle class pocketbooks? As Joe Biden likes to say, “Show me your budget, and I will tell you what you value.” A budget that only counts dimes and nickels without regard to building social, environmental, and physical capital is penny-wise and pound-foolish.

So what is the solution to our myopic governance and circus politics, which set countless banana peels on our path to slip on tomorrow?

If our body politic continues to reward with public office the cynical, the clueless and the venal, we are in real trouble. But the good news is there are some obvious solutions ripe for the picking.

First is to get special interest money out of politics, the driving force behind the inhumane and unpopular efforts this year to gut the EPA, repeal Obamacare, and cut taxes for billionaires. Last year, Sen. Sheldon Whitehouse (D-RI) wrote a book about it, Captured: The Corporate Infiltration of American Democracy. His basic prescription is simple: overturn the Citizens United Supreme Court case, a popular cause embraced by Bernie Sanders in 2016 that will surely return in 2018 and beyond.

Are these prescriptions far-fetched? Consider that we have retirement trust funds in Social Security and Medicare that have funded retirees successfully for decades; why not similar budgetary lockboxes for infrastructure, education, job training, technology and the environment? These approaches need not be straitjackets for government. Infrastructure banks, development banks and sovereign investment funds, for example, serve this function well the world over; once endowed with seed capital, they can invest in the future indefinitely. As for technocratic management, we have (mostly) figured out how to entrust the FBI, the Federal Reserve, and the judiciary with independence from political interference, though no center of power or money is ever completely safe if the public turns a blind eye.

In the end, our fate boils down to political will and a culture of good-faith citizenship. Do we want to be to be distracted and titillated by our political officials’ every tweet, scandal, and staged bill-signing? Do we want them to sow chaos in Washington? Or do we Americans have sufficient commitment to a responsible political culture of delivering results and of accountability to the broader public? The answer, and our future, is in our hands. 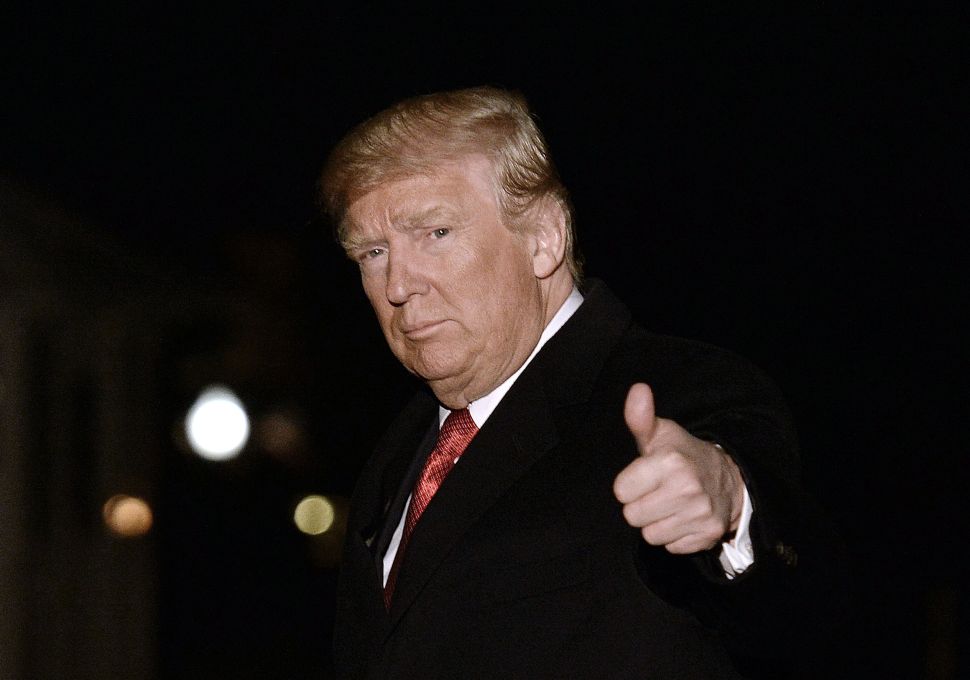