America’s relatively short political existence has produced very few proverbs. There is one colloquial expression of universal truth that has made its way into the catalog, though, even once quoted by Mr. Spock in a Star Trek film as “an old Vulcan proverb.” It is, “Only Nixon can go to China.” When Nixon visited China, he had impeccable anti-communist bona fides that assured nothing he did would look like pandering—even his pandering.

Last week, President Donald Trump had what even his critics are calling a successful trip to China. He did not go with Nixon’s bona fides. He went, instead, with Monty Hall’s signature line, “Let’s make a deal.” His magnum opus is a book he authored in 1987, The Art of the Deal. It is a modern capitalist take that plays off the classic, The Art of War, written by the great crafter of Chinese proverbs, Sun Tsu.

Trump had two goals on his diplomatic mission: to gain assistance with North Korea and to gain concessions on trade.

When Nixon went to China in 1972, the communist nation was in the midst of Mao’s cultural revolution. It had a third-world economy and little bargaining power outside of its nuclear capabilities. America had the largest economy in the world and a massive military presence in Asia. It challenged China for regional hegemony. Nixon, a poker player, had some cards to play.

Trump is in a much more difficult negotiating position. Nearly 50 years of subsequent engagement with China has seen it replace the United States, arguably, as the world’s greatest economy. On the campaign trail, Trump convinced voters in Ohio, Pennsylvania and Michigan that their closed factories were the result of bad trade deals that sent manufacturing jobs to China. The America First message, essentially, was that China had been allowed to take American jobs.

Strategically, China has America in checkmate on North Korea. Based on a 1953 armistice agreement, the United States has a massive military force preventing the Hermit Kingdom from regional aggressions. This is good for China for two reasons. First, it does not have to spend its own blood and treasure keeping North Korea in check. Second, its largest economic competitor is depleting and distracting itself. It is a win-win.

The United States has a $500 billion trade deficit with China, which means, essentially, that half a trillion in American wealth winds up in China every year. China is perfectly happy with this status quo and has very little incentive to deal. The pressure that could be brought to bear by American corporations and other cultural and political players is not available to Trump. They, too, are perfectly happy with the status quo—what progressive, green, socially conscious corporation could argue with slave labor?—and are not too interested in lifting a finger to help Trump in any event.

Diplomacy usually is conducted in back rooms upon principles of inertia. Nothing gets done very quickly. It is considered loutish to aim high and push. Trump does not mind being a lout if it serves the greater purpose. He may get something here on North Korea simply because he is the President of the United States and he is asking for it. That hardly ever happens.

There is reason to conclude that Trump’s approach with China has already had a positive effect. In April, Trump held a summit with Chinese President Xi Jinping at Mar-a-Lago that also focused on North Korea and trade. In August, China made clear through a state-owned newspaper that it would not come to North Korea’s aid if it initiated hostilities against the United States. This week, China announced it is sending a special envoy to North Korea for talks.

Trump gets no credit for this, obviously, because the powers-that-be will not give Trump credit for anything. But if Trump aimed high, kept pushing, and got that, it was certainly an artful negotiation. No president since the 1953 armistice has gained similar concessions.

On trade, a loutish negotiating posture may also have some positive results. During his trip, Trump tweeted, “I don’t blame China, I blame the incompetence of past admins for allowing China to take advantage of the US on trade leading up to a point where the US is losing $100’s of billions. How can you blame China for taking advantage of people that had no clue? I would’ve done same!”

That is the essence of economic populism, right there. There is $500 billion on the table, meaning there’s probably room to move. Trump has already shown he’s serious by canceling the Trans-Pacific Partnership. It is in China’s interest to throw that barking dog a bone. Even a marginal reduction in the trade deficit would have a profound effect on American manufacturing and jobs.

Spock was right: only Nixon could go to China. Maybe Trump, though, went to China, aimed high, kept pushing, and got enough to prevent nuclear war with North Korea and concessions on trade that will please his base in Ohio, Pennsylvania and Michigan. A second term may depend on it. 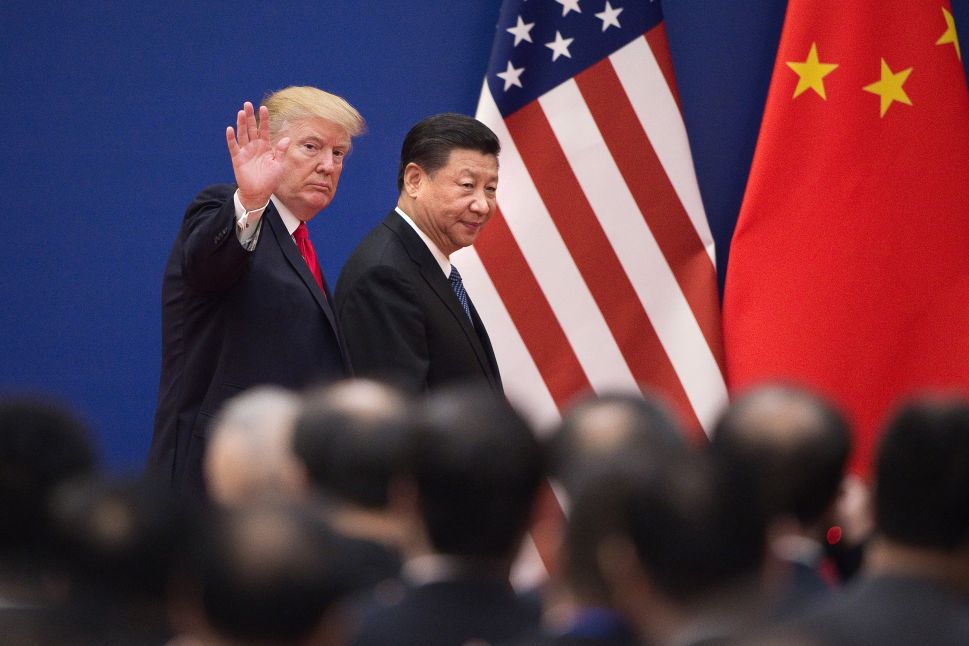