I don’t like being told what to think, and I never have. So when I left the Democratic Party and became an independent a few years ago, it was a long time coming. Being told that I could only consider myself sufficiently progressive and evolved if I passed a purity test based primarily on the self-interest of the people arbitrating my moral fitness didn’t work for me.

Last week we learned that the last two Republican presidents didn’t vote for Trump and that the DNC chair found her party’s candidate’s campaign to be inherently dishonest, deceitful and unworthy of the nomination. The state of both political parties makes me question why anyone would want to be a member of one at all.

Republicans today have no unifying ideology. There’s a civil war happening between old guard institutionalists like Paul Ryan, Mitch McConnell, John Kasich, Mitt Romney and John McCain and insurgents like Steve Bannon, Mark Meadows, Laura Ingraham, Sean Hannity, Roy Moore and Robert Mercer. The wings offer competing world views: one is focused on center-right maximization of profits and one is nationalistic, Judeo-Christian, and its main idea is to try put the genie back in the bottle. Democrats have the same problem: the so-called establishment basically likes things the way they are, whereas progressives have a similar worldview to Trump but lambast the one percent instead of immigrants and minorities.

The only thing all four wings have in common is that they’re only looking out for themselves. Their messages and policies evolve as their self-interest changes. The needs of their donors, their ratings, and the number of Twitter followers of their loudest pundits have a lot more to do with their positions than anything else. To them, voters are irrelevant—they are just a reliable vote or predictable donation. That’s why Republicans push for policies that take away benefits for their working class white constituents and Democrats support policies that cripple the potential of so many minority children by robbing them of a decent education.

The more these factions take you, the voter, for granted, the more they act only in self-interest. This is what led to Clinton’s disastrous campaign, and it is the embodiment of the Trump administration.

Their problems don’t need to be your problems. You don’t need party leaders, advocates, pundits and donors to tell you what to believe.

If our government functioned well—if our schools worked, if our health care system provided for people, if we weren’t beset by gun violence and racial strife, if we had a logical immigration system, if we had energy policies that reflected the needs of the future—then maybe the ends would justify the means. But we have the opposite of that: We have dysfunction and polarization at every turn.

Nothing’s going to change until you make it change. No one walks away from power or behaves against their own self-interest unless they’re forced to. Being a loyal member of either of these parties only reinforces a failing system.

People like Donna Brazile and George W. Bush are not candid often. On the rare occasion that they are, we should listen closely—and run away from their institutions as fast as we can. 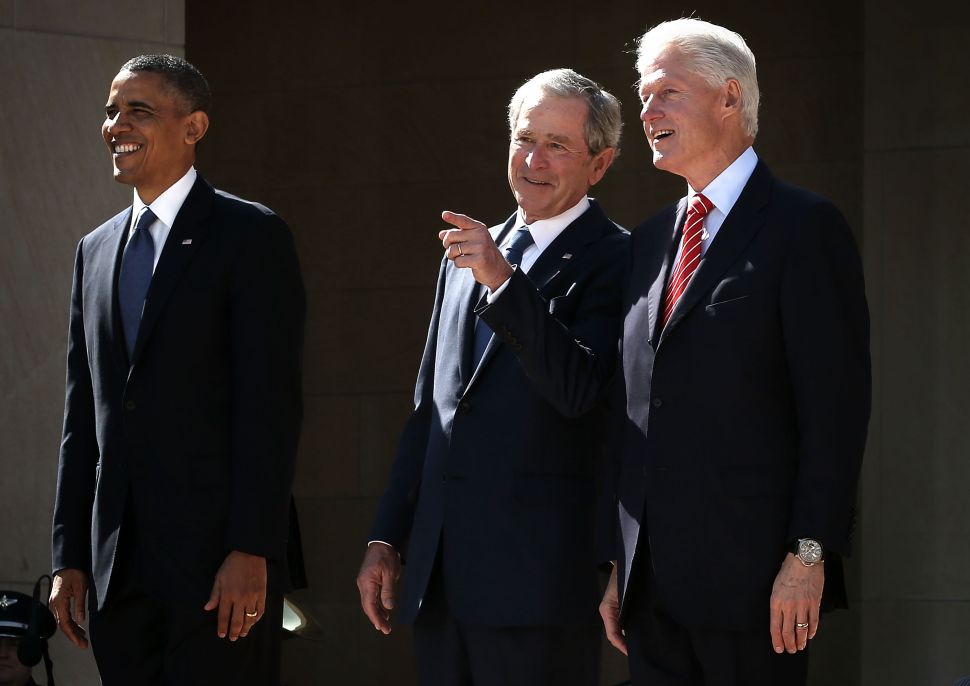