Way back in 2014, Dwayne “The Rock” Johnson was cast by Warner Bros. to play popular Shazam! villain/anti-hero Black Adam. But nearly four years later, Johnson has yet to make his DC Extended Universe debut. Why shelve one of the most popular and bankable superstars in Hollywood? Unknown. What is known is that Johnson may finally be introduced into WB’s superhero continuity in the upcoming Suicide Squad 2.

TheWrap reports that Black Adam is set to be the primary antagonist of the sequel, which will be directed by The Accountant filmmaker Gavin O’Connor. The character is not expected to appear in Shazam!, though a Black Adam solo movie has long been on the docket at WB. This comes at a good time for the studio as its superhero properties have not been delivering the same box office totals as their chief rival, Marvel.

That’s not to say that the DCEU has been bombing financially or that WB is in some kind of cash-strapped catastrophe. On the contrary, the shared cinematic universe’s four films thus far have combined for $3.1 billion at the box office and Warner Bros. is currently dominating 2017 overall. But their comic book numbers still pale in comparison to the last two phases of Marvel movies while the DCEU’s “event” films seem to be under performing due to mixed reactions.

Man of Steel was the first Superman movie in almost a decade yet “only” made $668 million worldwide amid polarizing reviews. For comparison, Sony canceled its Amazing Spider-Man franchise after the second installment took home $708 million-plus. Batman v Superman: Dawn of Justice was expected to crack $1 billion easily, and managed “just” $873 million. Now, Justice League is expected to open even smaller than BvS. Again, these are still big numbers, but they aren’t close to market-leading.

That’s where the People’s Champ comes in as WB may hope he can rock their revenue. The guy is box office gold. Outside of May’s disastrous Baywatch, he’s opened five consecutive movies to at least $35.5 million domestic. He helped turn the Fast franchise into a global multi-billion dollar behemoth. He’s a name that puts butts in seats, a rare commodity in this post-Movie Star world.

Last year’s Suicide Squad was one of the worst-reviewed films in recent memory and easily the DCEU’s weakest offering, but it still managed to bank $750 million. Throw Johnson into the mix and the sequel, and perhaps the greater DCEU, make see an uptick in dollars. 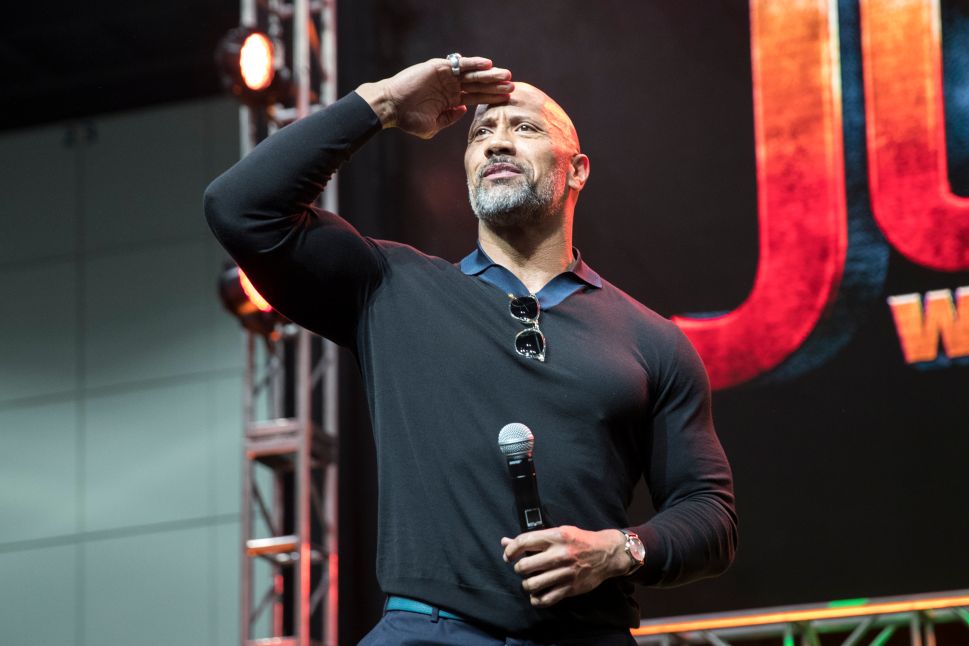