“You might have heard that Donald Trump likes to call me ‘Pocahontas.’ He does it on Twitter, at rallies, and even in official White House meetings,” Warren wrote her supporters in a Monday fundraising email. “Let’s show Donald Trump that we’re sick of his racist slurs by getting to work to fight his agenda. Donald Trump can keep attacking my family—but I am going to keep fighting for yours.”

“You were here long before any of us were here,” Trump told three Navajo veterans on Monday. “Although we have a representative in Congress who they say was here a long time ago. They call her ‘Pocahontas.’”

“Every time that Donald Trump calls me ‘Pocahontas’—and the media goes crazy over it—he’s happy that people are not focused on how he’s trying to cut taxes for billionaires and giant corporations,” the senator added in the email. 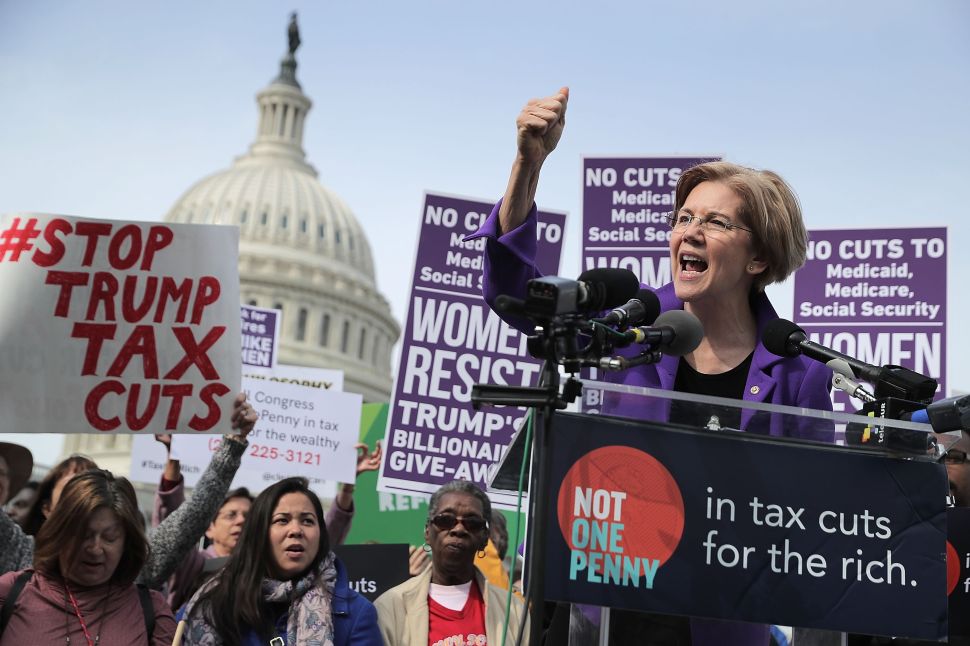