On October 31, the Environmental Protection Agency moved to ban all scientists who receive grants from the agency from serving on any of the agency’s advisory boards.

The move, foreshadowed by EPA Administrator Scott Pruitt at a Heritage Foundation event in early October, has received criticism from scientists who say that the ban prevents leading university researchers from serving on the boards, replacing them with less qualified advisers and providing Pruitt the opportunity to shape them to suit his pro-industry, anti-science agenda.

Pruitt claimed the ban would remove conflict of interests posed by the grants, but scientists have noted that conflict of interest rules are already in place. Senator Tom Carper (D-DE), the top Democrat on the Environment and Public Work Committee, blasted the decision. “EPA research grants and advisory roles should be awarded to the most qualified and most capable candidates. Period,” he said in a press release. “EPA’s continued efforts to delegitimize the work of nonpartisan scientists doesn’t just offend the long tradition of this science-based agency. This crusade endangers the health of every American, and it cannot be tolerated.”

Earlier this year, a Republican-backed bill aimed to enact a similar ban. Nature reported, “Critics say [it] would clear the way for greater industry representation. It would subject the board’s reports to public review, prevent scientists who have current EPA grants from serving on the advisory board, and bar advisory-board members from seeking EPA funding for three years after their board service ends.”

The ban also creates more obstacles for scientists to develop regulations. “The suggestion that federal research grants would conflict with advisory board work is frankly dishonest,” Andrew Rosenberg, head of the Center for Science and Democracy at the Union of Concerned Scientists said in a statement. “Pruitt is turning the idea of ‘conflict of interest’ on its head—he claims federal research grants should exclude a scientist from an EPA advisory board but industry funding shouldn’t.”

An analysis conducted by the Union of Concerned Scientists found that five out of the current 47 members of EPA Advisory Boards could be removed due to the ban. An anonymous senior EPA official told Nature that initially the EPA intended to ban any scientist who ever received a federal research grant, but a ban on active grants was settled upon due to an inability to find qualified independent scientists who never received an EPA grant.

Pruitt’s recent ban is reminiscent of another controversial one he made in May 2017, when he rejected the renewal of nine scientists on the 18-member board of scientific counselors to allow pro-industry board appointees to be put in place. His leadership at the EPA has widely favored deregulation and industry interests over the input of scientists, and his latest move is another blow to the science community’s involvement in developing environmental regulations and policies. 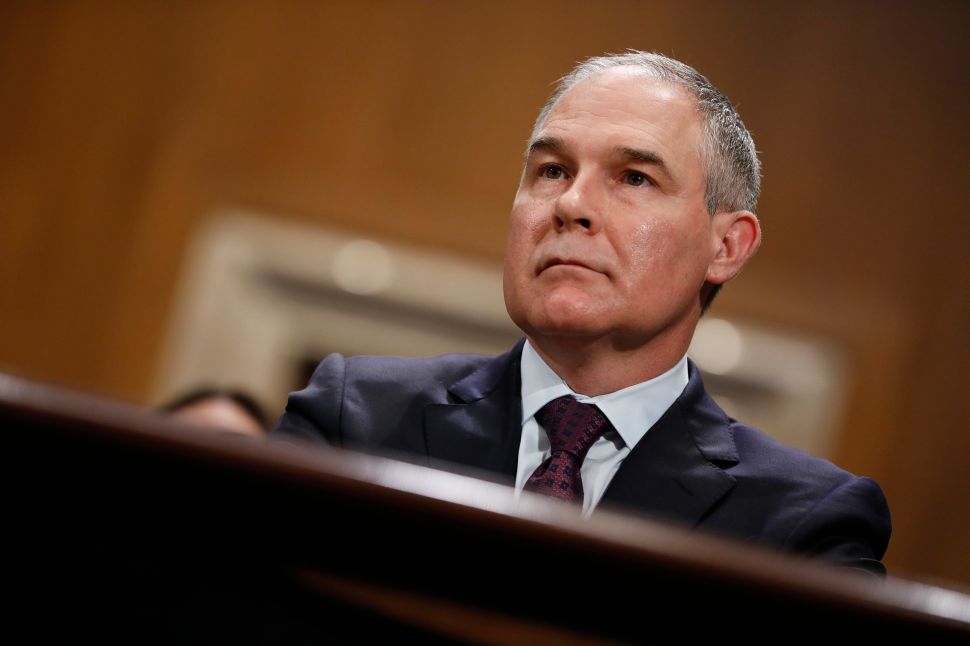