The tax reform bill now before the Senate will be very pro-growth, like Kennedy’s tax cuts in the early 1960s and Reagan’s in the 1980s. America will benefit from the resulting soaring growth and end of long-term stagnation, which the country has been stuck in for a decade.

Under the plan, high tax states will no longer be shielded from their high tax folly by a federal deduction for state and local taxes. Vast economic literature documents that states with high taxes are falling behind states with pro-growth tax policies.

Kennedy and Reagan fundamentally fixed the individual, worker side of the tax code. When Kennedy assumed office, the top income tax rate was 91 percent. He reduced it to 70 percent and reduced all the other tax rates by the same margin, roughly 23 percent.

But that did not result in a 23 percent reduction in income tax revenues, which would have been the static estimate not considering resulting economic growth. Instead, revenues rose as the economy boomed for the rest of the 1960s, until Nixon’s tax increases and monetary policy chaos (cutting the dollar’s tie to gold) cut the boom short.

Reagan then cut the 70 percent rate down to 50 percent and applied a 25 percent income tax rate reduction to the rest of the rates. In Reagan’s 1986 tax reform legislation, the top income tax rate was 28 percent, and there was just one more rate of 15 percent for the middle class.

The economy took off on a 25-year boom from late 1982 to late 2007. More wealth was created during these 25 years than in all prior years in American history combined. Despite these dramatic income tax rate cuts, federal revenues doubled while Reagan was president because of the resulting booming growth.

By the end of the 1980s, 20 million new jobs had been created and real wages were rising again. During the first seven years of the boom, the U.S. economy grew by the size of the entire economy of West Germany, the third largest in the world at the time. By the time the 25-year boom ended in late 2008, the recovery had created 50 million new jobs, restoring robustly rising real wages along the way.

The current tax reform bill would reduce the federal corporate rate to 20 percent, with a new special pass through rate of 25 percent. That would make America competitive again.

Also very pro-growth, the bill provides for immediate expensing (deductibility) for capital investment in tools and equipment, just as for all other expenses for the production of income. The bill also makes American businesses internationally competitive by joining the rest of the world in providing for territoriality in taxation of American businesses abroad, with income taxed by the country where it is earned.

Today, income earned abroad by American companies is double taxed if it is brought home to America for investment. American companies consequently hold nearly $3 trillion overseas, where it creates jobs and rising wages for workers in other countries. Tax reform would provide for a repatriation rate of 10 percent, bringing those trillions back to create jobs and rising wages for American workers.

The loss of the federal deduction for state and local taxes would actually further increase growth, as high tax states would be forced to reduce their rates to protect their economies. Tax reform’s lower rates for workers will cut taxes for the middle class and lower income workers who don’t itemize the state tax deduction. The loss of the deduction is actually a tax increase on the rich, who utilize it far more heavily than others.

Tax reform will further cut taxes, especially for the bottom 60 percent, by doubling the standard deduction. These workers and families will also benefit from the jobs and higher wages, gaining over $4,000 per family.

Economic growth, increased jobs, and robustly growing wages are worth much more to working people, blue collar families, and the middle class than a federal deduction for state and local taxes that really only benefits higher income workers.

Peter Ferrara is a Senior Fellow at the Heartland Institute, and Senior Policy Advisor to the National Tax Limitation Foundation. He served in the White House Office of Policy Development under President Reagan, and as Associate Deputy Attorney General of the United States under President George H.W. Bush. 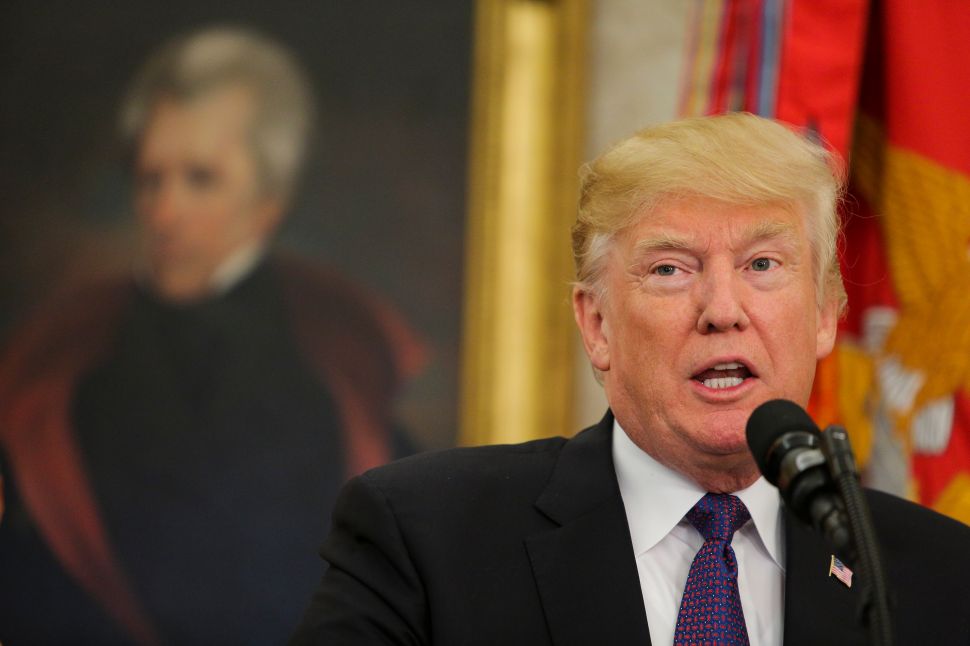