On Tuesday morning, the Federal Communications Commission announced a plan to repeal net neutrality rules that were set in place by the Obama administration and required broadband companies to allow consumers access to all corners of the internet. Under the proposed legislation, companies could block websites, control the speed at which certain sites load, and even charge additional fees for higher-quality streaming, all to ultimately influence consumers’ online activity.

“Under my proposal, the federal government will stop micromanaging the internet,” stated F.C.C. chairman Ajit Pai in a Wall Street Journal op-ed published on Tuesday. “Instead, the F.C.C. would simply require internet service providers to be transparent about their practices so that consumers can buy the service plan that’s best for them and entrepreneurs and other small businesses can have the technical information they need to innovate.”

In 2015, the F.C.C. voted to regulate internet service as a public utility, putting it in the same category as and electricity. The regulations, as put by former Commission Chairman Tom Wheeler, were intended to protect the “core of free expression and democratic principles,” granting freedom of information to all internet consumers regardless of which provider they choose to subscribe to. In January, 2016, Wheeler stepped down from his post at the F.C.C., giving way to a 2-1 Republican majority and a swift agenda to reverse net neutrality policies. Now, internet consumers may see higher bills for online access and experience blockages to certain websites. The rules grant the power to spread or withhold information to the corporations that dominate the broadband internet market. The legislation will also apply to mobile data services, allowing telecom companies to also dictate online experiences from smartphones and tablets connected to data plans.

In a Wall Street Journal op-ed titled “How the F.C.C. Can Save the Open Internet,” Mr. Pai penned the pros of the repeal, writing, “The F.C.C. will vote on this proposal on Dec. 14. If it passes, Washington will return to the bipartisan approach that made the internet what it is today. Consumers will benefit from greater investment in digital infrastructure, which will create jobs, increase competition, and lead to better, faster, and cheaper internet access—especially in rural America.”

People who oppose the repeal argue that it endangers free speech and jeopardizes citizens’ right to free information. “Net neutrality prevents internet service providers from prioritizing data for businesses and other organizations that they favor or that pay more,” wrote the ACLU in a statement. “The rules keep the internet open, free, and unrestricted, preventing ISPs from becoming gatekeepers that can control and manipulate what people access on the internet.”

“Internet rights are civil rights,” stated ACLU senior policy analyst Jay Stanley. “Gutting net neutrality will have a devastating effect on free speech online. Without it, gateway corporations like Comcast, Verizon, and AT&T will have too much power to mess with the free flow of information.”

Appointed by President Trump, Pai retains the opposite perspective despite being on the receiving end of major online scrutiny, recalling a pre-regulatory “thriving” internet. “Today, I’m proposing to repeal the heavy-handed Internet regulations imposed by the Obama Administration and to return to the light-touch framework under which the Internet developed and thrived before 2015,” Pai tweeted when the news broke. The Dec. 14 vote is expected to pass 3-to-2 due to the GOP’s current dominance over the F.C.C. 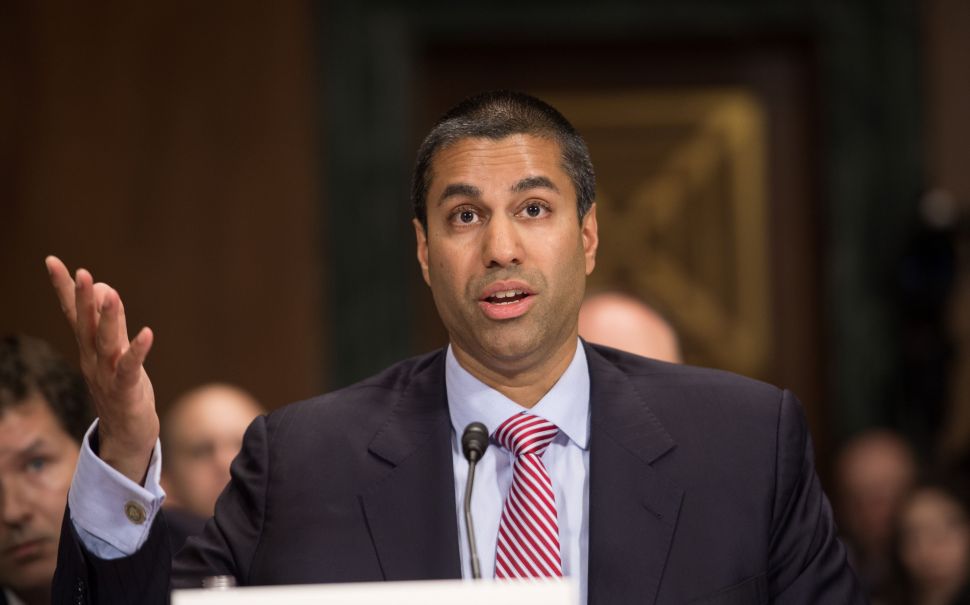