An iconic visual rendering of perhaps the world’s most famous underdog story comes to Los Angeles this week. David with the Head of Goliath, by famed Italian Baroque painter Caravaggio (1571-1610), will be on view at the Getty Center alongside two of the artist’s other masterpieces. In the work, a young man with his chest half-draped in a billowing white shirt holds a sword in his right hand and a severed head of an older man in his left. The young man gazes at the head, forlorn, while light streams across his left shoulder and the right side of his face. The dark background, in stark contrast, lends the painting a sense of theater. This effect, known as chiaroscuro, is one of the defining elements of Caravaggio’s legacy. The other two works, Boy with a Basket of Fruit and Saint Jerome, will help succinctly outline the artist’s career and lasting impact.

Rome’s Galleria Borghese is loaning all three paintings to the museum, with help from the Italian fashion house Fendi. In addition to supporting the traveling show (future locations are still to be determined), the brand is also creating the Caravaggio Research Institute. Slated to open in three years, the center is developing exhibition programming and the most comprehensive database to date, detailing the artist’s life and work. Both legitimate artist followers and outright frauds have been recreating Caravaggio’s canvases since his death, necessitating a better system for monitoring and cataloging the oeuvre. In 2014 for example, an artwork found in an attic near Toulouse set off a major art world debate about whether or not it was by the master; the Institute will help settle such controversies.

“The Caravaggio Research Institute is related to digital humanities and digital research, topics on which the Getty is a maximum expert,” she says. Unsurprisingly, stringent rules govern the loans. The Galleria Borghese first analyzed the conservation of the centuries-old paintings, ultimately determining that they were fit to travel, then highly specialized staff packed the works into tailor-made cages, ensuring their safety.

Davide Gasparotto, the senior curator of paintings at the Getty Museum, describes how he selected three specific works from the Galleria’s collection (the largest in the world, at six total) to highlight different parts of the artist’s career. Caravaggio painted The Boy with the Basket of Fruit in 1593-4, before he left his birthplace of Lombardy for Rome. Light on the boy’s face, shoulder, and hand give him a youthful glow, while the level of detail in the grapes, leaves, peach, and figs he holds gives the painting a luscious, intricate beauty. Saint Jerome, from 1605-6, derives from a transitional period, just before he fled Rome for Naples after killing a rival (over a tennis match, gambling debts, or a prostitute, depending on who you ask).

Finally, the 1609-10 David with the Head of Goliath anticipates Caravaggio’s impending death; indeed, he modeled Goliath’s severed head on his own. He may have modeled David off his studio assistant and lover, as indicated by the suggestive sword placement near the young man’s crotch. The artist’s mysterious end at 38 years old, while he was returning to Rome seeking a papal pardon for his crime, may have been a result of lead poisoning, malaria, or murder.

“In some ways, he’s foreseeing that his life was coming to an end,” says Gasparotto. “It’s really a strong sort of statement and something that speaks also about the complexity of Caravaggio’s psychology and his incredibly personal approach to painting.”

The three works will be situated in a small, simple gallery between the Italian Baroque and Northern Dutch galleries, in the middle of the Getty’s collection of 17th-century paintings. Three books will complement the art. Giovanni Pietro Bellori’s autobiography, Life of Caravaggio, will offer passages describing the artist’s work. The other two will offer insight into the Borghese collection itself. Its founder, Cardinal Scipione Borghese, was a major patron of both Caravaggio and sculptor Gian Lorenzo Bernini. “The display will be extremely simple,” says Gasparotto. “I think the paintings will speak for themselves.” 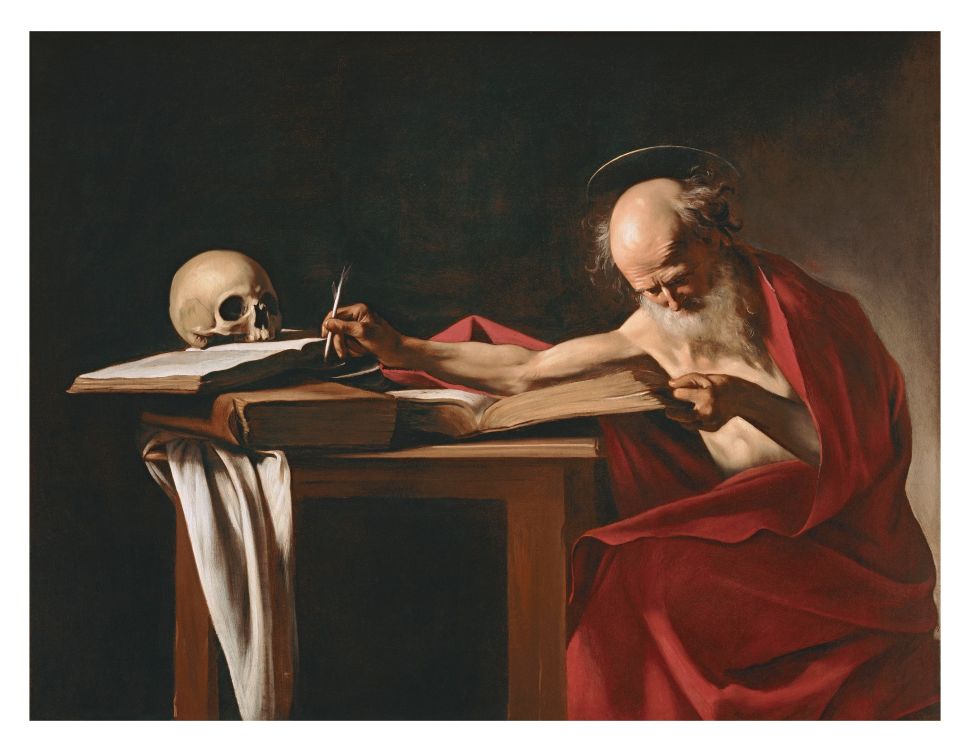