From Hurricane Harvey to the ongoing poverty crisis in America, there never seems to be a shortage of reasons to lend a helping hand to our fellow humans. Perhaps that’s why individuals, estates, foundations, and corporations gave a combined $390 billion to U.S. charities in 2016. At the end of the day, it feels good to enact positive change in the world. And for well-heeled Americans, donor-advised funds are often the giving vehicle of choice.

In 2016, charitable donations collected by donor-advised funds reached a new high, accumulating nearly $80 billion. That’s a significant amount of money dedicated to doing good, but donor-advised funds aren’t without their flaws: Less than $15 billion of that money was actually granted out to charities. That left about $65 billion languishing in accounts.

So how can we ensure that donated money fulfills its intended use? The answer is simpler than most may realize: transparency.

The Problem With Opacity

Because donors have to choose the organizations they want to give to, much of the onus for giving is on them. Yet a lack of transparency makes it difficult for individuals to know exactly how their donations are being used, which can make even the most philanthropic of us more skeptical about giving.

Take, for instance, The Washington Post’s report on CharityWorks, one of 700 donor-advised funds held by The Greater Washington Community Foundation (at the time known as the Community Foundation of National Capital Region). Unlike most donor-advised funds, CharityWorks collected donations by holding expensive galas, but the nonprofits that were meant to benefit from these donations never received the funds. Furthermore, due to an inherent lack of transparency, no one could effectively scrutinize CharityWorks’ fundraising efforts.

CharityWorks’ founder and sole financial controller, Leah Gansler, claimed no one was tracking the fund, though she also said the fund did not have enough money to pay for grants. She expressed no concern over the lack of transparency, but for the charities that were promised help, the impact has been more than disheartening.

While CharityWorks stands largely alone in the magnitude of its deception, it highlights a larger problem.

When someone gives through a donor-advised fund, the feedback loop from the nonprofit is closed because the fund’s sponsor acts as a curtain between the donor and the organization. Donors do not always see exactly how their donations are used, and potential donors may have trouble deciding where their money will do the most good.

The Appeal of Donor-Advised Funds

So why are donor-advised funds so popular? One of the biggest reasons is because they help take some of the stress out of giving. By placing donations in a donor-advised fund, donors can receive the appropriate tax credits, even if they have not yet chosen an organization to give to.

The sponsoring organization receives benefits as well, as it earns management fees based on how much capital is in the donor-advised fund.

Still, the current models for charitable giving leave too much to the imagination when it comes to tracking how donations are making an impact. Without heightened transparency, nonprofit organizations will continue struggling to attract the donations they need to effect change in the world.

As the CEO of a crowdfunding platform for nonprofits, I’ve seen firsthand how important transparency is to building a community of supporters who want to open their wallets in support of a cause. Transparency is typically discussed in two ways: Either how the funds are being used in the field or what the nonprofit’s efficiency rates are. Let’s address the initial definition first.

Nonprofits that run general fundraisers without explaining the need for funds or how the funds will be utilized almost always fail. Conversely, when nonprofits run specific campaigns for specific needs and clearly explain how donations will make a difference, they can hold several such campaigns a year without worry of donor fatigue.

In other words, nonprofit organizations must make the goals of their campaigns crystal clear and outline how individuals’ donations will move the needle forward. Organizations must then carry that transparency all the way through the process, showing donors how their funds are used in tangible ways.

For instance, MicroFinancing Partners in Africa just executed the largest crowdfunding campaign in its history by finding donors who agreed to match all donations raised for a specific purpose: to expand the Cow Project to another region in Uganda. The Cow Project places pregnant cows with families who raise the calf, harvest the cow’s milk, earn a living, and pass the calf on to the next farmer. Because MicroFinancing Partners in Africa was upfront about how it planned to use donations, it secured matching donors and raised more than $125,000 in 30 days.

As far as efficiency rates go, some nonprofits and donors think it’s important to operate at efficiency rates well into the 90 percent range. I think this is an imperfect way to judge a nonprofit’s effectiveness. Charities operating with a very high efficiency rate are often doing so with underpaid part-time employees and no budget for growth.

I look for a nonprofit that operates in the 75–85 percent efficiency range, and I’m digging deep to make sure it’s spending responsibly and planning for growth. I want to support nonprofits that are positioned to grow with talented full-time employees. A donation is an investment — not a handout.

All monetary transactions involve an exchange. In retail, it’s an exchange of goods or services for a consumer’s hard-earned money. In charitable giving, the reward is the good feeling that comes with helping others. That good feeling relies on trust that the nonprofit will be a responsible steward of the donor’s money.

Consistent transparency helps build an engaged community of people who feel important to the charity’s impact, even if they’re only able to give occasionally and in small amounts. Overall, more engaged supporters who trust the nonprofit will give more often and in larger amounts.

Ryan Brennell is the CEO and co-founder of Gladitood, a crowdfunding platform that helps nonprofits raise funds for their efforts. Born from a 2012 Startup Weekend pitch, Gladitood helps nonprofit organizations across the globe raise the funding they need to create positive change in the world. In addition to running Gladitood, Ryan has personally helped more than 50 nonprofits complete crowdfunding campaigns. He also sits on the executive committee, serves as the vice president of the board of directors, and heads the marketing committee for Microfinancing Partners in Africa. 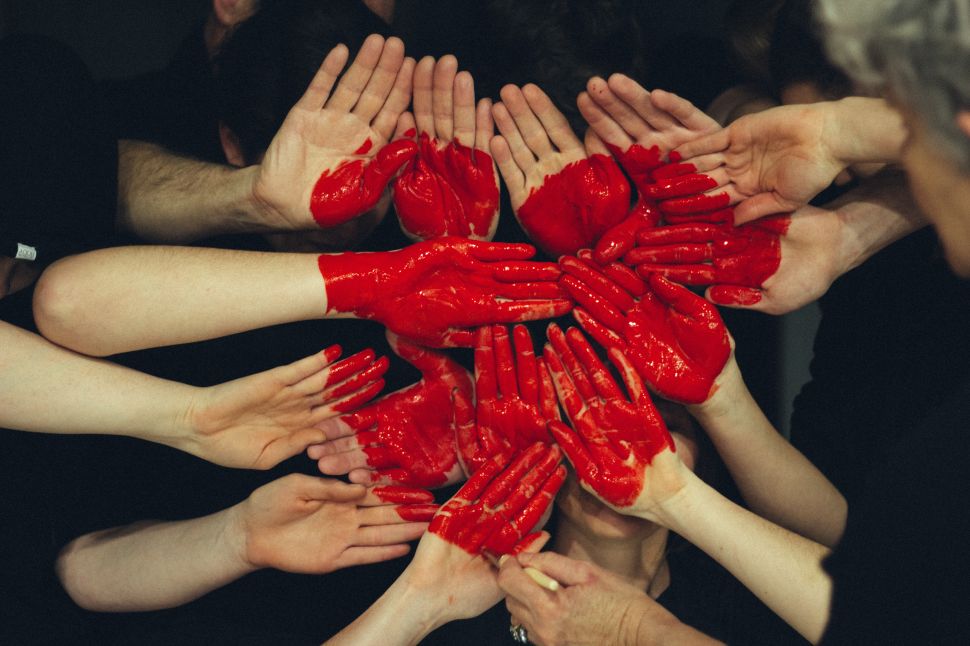