Thursday’s Washington Post report that Alabama GOP nominee for U.S. Senate Roy Moore allegedly molested a 14-year-old girl and pursued additional underage women has Republicans demanding that he withdraw from his upcoming race. Though Breitbart published a piece ahead of the report meant to cast doubt on the Post‘s credibility (“The Post is owned by Nash Holdings LLC, a holding company for billionaire Amazon founder and open borders champion Jeffrey Bezos”), Republicans in-office are distancing themselves from the scandal.

Calling for Moore to step down

“The allegations against Roy Moore are deeply disturbing and disqualifying. He should immediately step aside and allow the people of Alabama to elect a candidate they can be proud of.”

Calling for Moore to withdraw if allegations are true

“If these allegations are true, he must step aside.”

“If it is true I don’t think his candidacy is sustainable. But we believe in a presumption of innocence until proven guilty so I think it’s important for the facts to come out.”

“The allegations against Alabama Senate candidate Roy Moore are deeply troubling. If these allegations are found to be true, Roy Moore must drop out of the Alabama special Senate election.”

“If there is any truth at all to these horrific allegations, Roy Moore should immediately step aside as a Senate candidate.”

“If there is any shred of truth to these stories, he ought to step aside, and now.”

If there is any shred of truth to the allegations against Roy Moore, he should step aside immediately.

“If these allegations are true, Judge Moore should resign.”

“I’m horrified and if this is true he needs to step down immediately.”

“It’s devastating. If those allegations are true than he should step aside. I’m sorry but this is untenable, if they are true. I just saw the story but this is very serious.”

“I think if what we read is true, and people are on the record so I assume it is, then he should step aside.”

“If these allegations are true, Roy Moore must step aside.”

.@SenatorRisch just issued a statement: “If these allegations are true, Roy Moore must step aside.” #IDpolhttps://t.co/Hj4SObRPKV

“If they are true then he should seriously think about stepping aside.”

“The Post’s story is appalling and heartbreaking. If there’s an ounce of truth to any of this, Roy Moore has no place in public life and ought to drop out immediately. Alabamians should start thinking about who they’ll write in but it’s obvious that conservatives deserve better than this.”

“If they’re accurate, he should step aside.”

“If that’s true, then he wouldn’t belong in the Senate.”

“If they’re proven to be true, he should step aside.”

“If there’s a shred of truth to it, then he needs to step aside.” 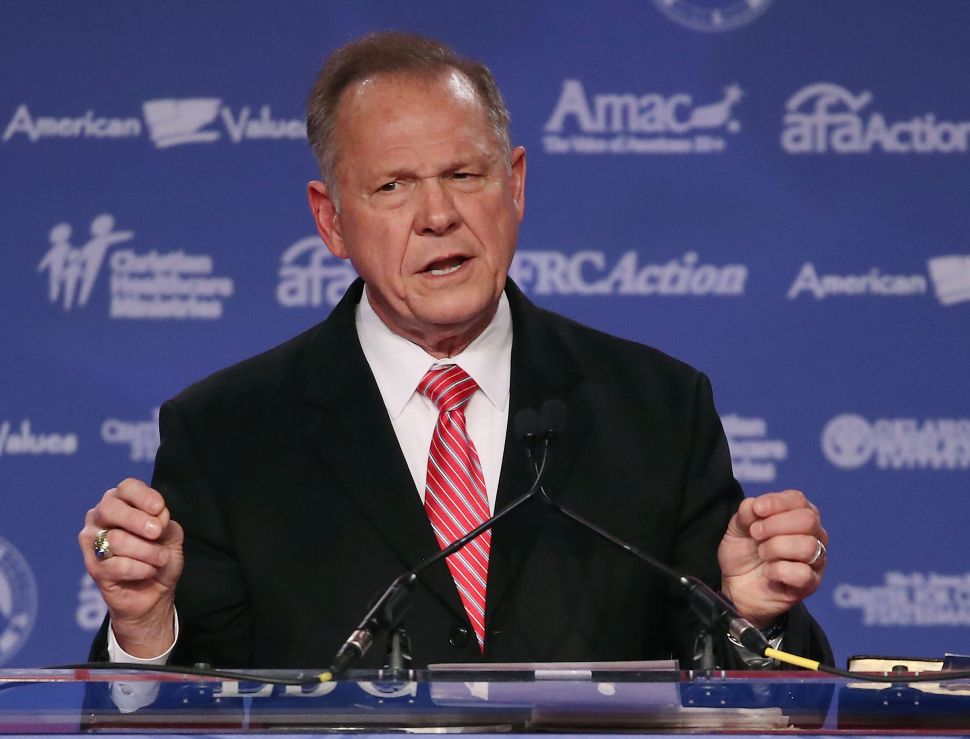