Yes, at its essence this show is a case of art imitating life, but just how closely is the fictional narrative to the real-life story?

Only one person can answer that, and she’s pretty busy right now.

SMILF comes from 30-year-old Frankie Shaw. It’s based on a short film of the same name, which won accolades at the 2015 Sundance Film Festival.

The series tells the story of Boston native Bridgette Bird, a working-class mom who is single (the “S” of the titular acronym), struggling to give her three-year-old son the best life possible. It’s a raw look at a young mother who’s trying to make ends meet with part-time jobs, while secretly longing to be a professional basketball player.

The narrative of the series touches on a host of hot topics, including race, class, politics, generational dysfunction, sexual violence, co-parenting and mental illness.

Shaw serves as creator, star, executive producer and showrunner of the series. She is also writing and directing multiple episodes, and, to infuse just a bit more feminism into the project, has seen to it that each episode is directed by a female.

Explaining the evolution of the short film, and the eventual the series, Shaw disclosed at a recent press event, “I was actually really sick of being a broke actress with a toddler, so I wrote a script. I wanted to try to make the pilot that I had written, but I didn’t really think that people would understand my tone, what was on the page, [so] I had to show them a proof of concept, [and that became the short film].”

The “a-ha” moment that led to her deciding to produce it herself came one day while out shopping. “I actually specifically remember being in a store buying a $300 sweater, [and I thought], ‘What am I doing buying a sweater? I should go make stuff.’ That summer I made these two little shorts, and one of them was the scene from a pilot that I had written that I never intended to be a short, but it ended up being a standalone piece that on a whim I sent to Sundance, and then it did well there. The short itself I think cost me $3,000.”

About her involvement in the series, O’Donnell explained, “My agent sent me the short films that Frankie did, and I was blown away by both of them, and I was like, “Get that woman on Facetime! Let’s see what we can do!”

O’Donnell went on to say, “I was just absolutely shocked by her talent and the kind of feminist perspective that she had. I was really thrilled to be a 55-year-old woman and see a 30-year-old woman being able to make those two pieces of brilliant art. It was like a dream come true. I said, ‘I’ll do anything that she needs or wants if she’ll have me,’ and she said yes.”

Shaw said that because the series is loosely based on her life, O’Donnell and her real mother bonded over a “couple of bottles of wine.”

“They had a grand old time,” laughed Shaw. “By the end of the night, my mom said, ‘Rosie, there’s no one else I would want to play me.’”

For O’Donnell, the role struck a personal chord. “I don’t have a mom. My mom died when I was 10, so to see what would have been my mother’s life in Frankie’s mother was kind-of a beautiful and healing thing for me. It felt familiar, loving and really authentic. I’m really proud to be able to do it.”

Shaw admitted that O’Donnell’s character will struggle with her mental health later in the season, about which O’Donnell said, “For me, it’s thrilling to be able to play somebody with mental illness. I suffer from major depressive disorder and PTSD so when I was talking to Frankie initially I said that was an issue that I really would love to explore. There are so many millions of people who don’t get the help that I was lucky enough to get, so we will be dealing with that concept as well.”

O’Donnell added, “You have to realize, when I started in my career, no one was talking about mental illness, so the world has changed dramatically from the time I was Frankie’s age to right now.”

When it came down to it, it was O’Donnell’s commitment to the role that impressed Shaw the most. She says that Rosie told her, “I just want to disappear into a role. I don’t want to be Rosie.’ Then we rehearsed and it was incredible to see.”

In turn, O’Donnell is just as impressed with Shaw, saying, “To watch this young woman—beautiful, smart, sexy, funny, intelligent—do everything, it really helped me get through, truthfully. I was like, ‘Look what we’ve done. [Our] two generations, look what we have made.’”

Talking more about the actual separation between her real life and the life of the fictional character she’s created, Shaw revealed, “Yeah. It’s really only loosely based. I was a struggling single mom in L.A. I moved with my son Isaac, like, every three months for two years, so that’s sort of the basis. But from there, we really veer off into different stories.”

She added that in the writers room, “We’re really trying to create Bridgette as her own person and separate her from who I am.”

Shaw admitted that of all the hats she wears behind the scenes on SMILF, “The writing is the most painstaking, but then when it’s done, it’s also really exhilarating.”

In categorizing SMILF, O’Donnell pointed out, “Thanks to Louis C.K. and Pamela Adlon with Better Things and Fleabag on Amazon. There’s this new genre of single camera reality dramedy. [These are] short films that all come together with a common theme. The characters are real and flawed, and you care about them. They’re relatable and universal. I think it’s a brilliant art form.”

SMILF premiers on Sunday at 10e/9c p.m. on Showtime. 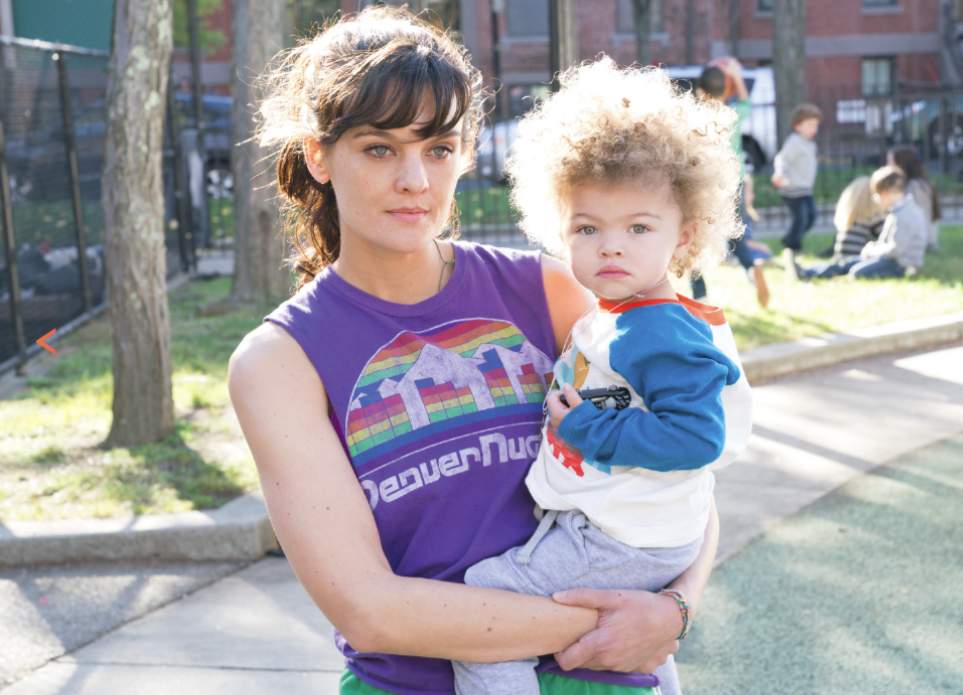