Yes, HBO’s Game of Thrones features quite a bit of nudity, especially among its main cast. Emilia Clarke’s Daenerys Targaryen has been showcased in her birthday suit more than once throughout the show’s run. But the series isn’t just “tits and dragons” as guest star Ian McShane once described it. At its best, Game of Thrones‘ character work can rival that of any of Peak TV’s greatest dramas. That’s why Clarke is getting frustrated with fans who fixate on the show’s more graphic elements rather than its award-winning story.

In a recent interview for Harper’s Bazaar’s December/January 2018 cover, Clarke explained why she thinks audiences are missing the bigger messages when they become obsessed with Game of Thrones‘ sex scenes.

“There are so many shows centered around this very true fact that people reproduce,” she continued. “People fuck for pleasure — it’s part of life.”

Game of Thrones has often been gratuitous in its portrayal of violence and nudity, however, most the graphic content normally serves a purpose within an episode’s main storylines. Though the series can veer off into tasteless territory at times, there’s often always a point to each on screen death or display of physical intimacy. Even with Clarke’s own character, her early season nude scenes helped to chart Daenerys’ rise from a meek young girl to a powerful and secure leader.

But even Clarke can’t complain about the attention paid to the sex scene between Daenerys and Jon Snow in the season seven finale. Unbeknownst to both characters, Daenerys is Jon, ahem, Aegon’s aunt, which…complicates matters just a bit. The reveal of their relationship is sure to be a major plot point once the eighth and final season arrives in 2019. Given the absolutely massive budget of the final run of episodes, we’re sure HBO can fit in blockbuster battles and these more personal squabbles. 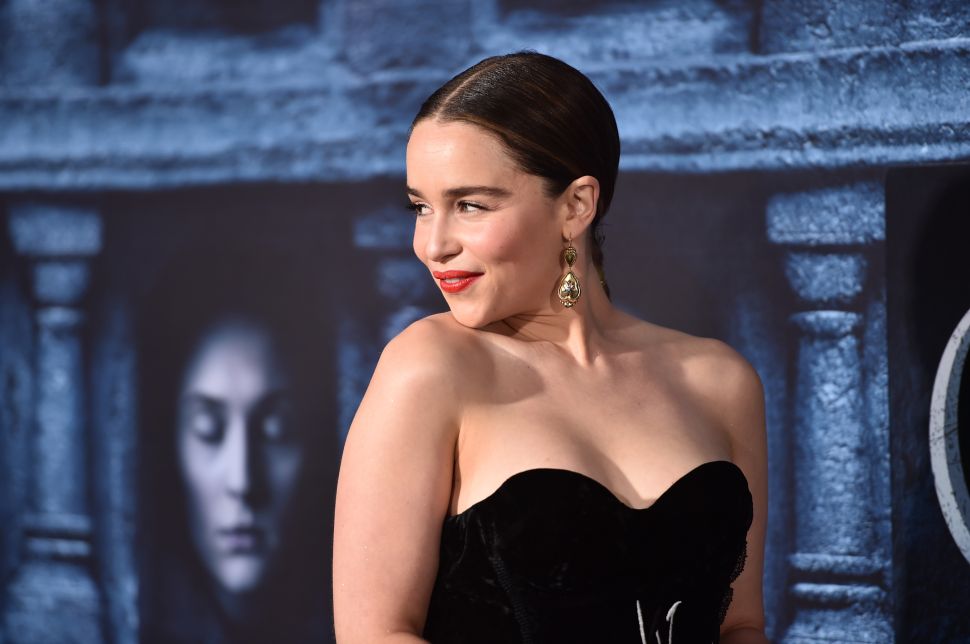