It takes quite a bit for someone to be banned for life from anything, which is what makes Fox News’ choice to not ever allow Kiss frontman Gene Simmons back on their airwaves particularly interesting.

Simmons, an outspoken conservative who has been a frequent guest on Fox News and Fox Business over the years, was banned on Wednesday for speaking crudely to female network staffers and hitting two of them over the head with a copy of his new book, a network spokesperson told TheWrap.

Well, that’ll certainly do it.

Beginning on Wednesday, Fox News instructed its security at the network’s midtown Manhattan headquarters not to permit Simmons on the premises as he had been labeled with a “do-not-admit” tag.

The Daily Beast was the first to report the news: “Fox finally had enough of Simmons after he crudely insulted female Fox staffers, taunted them and exposed his chest, and otherwise behaved like the ‘demon’ character he plays on stage.”

Specifically, Simmons reportedly burst into a closed meeting on the 14th floor of Fox’s headquarters and opened his shirt to bear his chest.

“Hey, chicks, sue me,” Simmons is said to have told those that were present, according to the Daily Beast. The outlet also reported that he made jokes about Michael Jackson and pedophilia while insulting the intelligence of network employees.

“It was pretty severe,” a source told the outlet.

Simmons, 68, was there to promote his new book On Power with Fox & Friends and Mornings with Maria. Over the course of the interviews, Simmons was asked about the avalanche of sexual misconduct allegations against Harvey Weinstein.

“The lunatics have taken over the insane asylum when respected business entities such as yourself ask guys that like to stick their tongues out what I think of Harvey Weinstein,” Simmons said.

“Okay, I’m a powerful and attractive man, and what I’m about to say is deadly serious,” he continued. “Men are jackasses. From the time we’re young we have testosterone. I’m not validating it or defending it.”

On Thursday, before this story broke, Simmons appeared on SiriusXM’s The Wilkow Majority, which airs Weekdays on Patriot channel 125. During the interview, he talked about his treatment of women. Below is the full audio.

“My mother game me the right ethics and morality,” he said. “Treat women with respect. But it’s up to women. You will only get the respect you demand.” 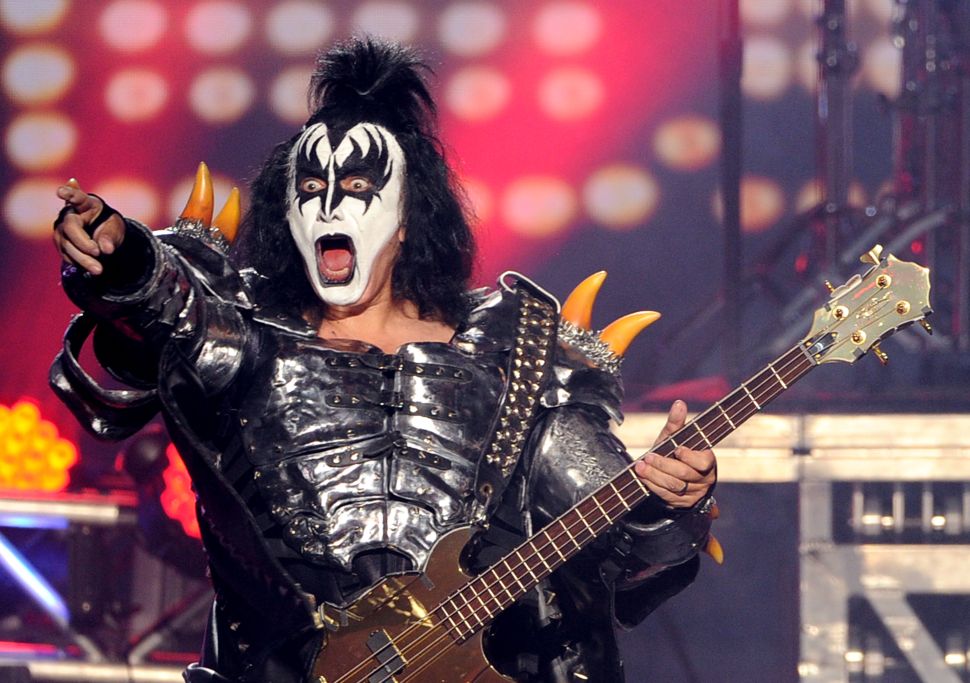