Sen. Kirsten Gillibrand introduced legislation to provide funding for traffic barriers in U.S. cities, an effort to prevent episodes such as the recent terrorist attack in Lower Manhattan on Tuesday that claimed eight lives.

The Stop Threats on Pedestrians Act, or STOP, establishes a U.S. Department of Transportation grant program to offer grants to states and local governments for installing traffic barriers, including bollards, jersey barriers and planters. The legislation permits $50 million per year over the next 10 years to finance the grant program. It also helps cities like New York City cover the hefty cost of projects that stave off terrorist attacks in which vehicles are used to hurt pedestrians and bicyclists.

“New Yorkers have proven over and over again that they are resilient and will not let a cowardly act of terror change who we are,” Gillibrand said in a statement. “But we have to remain vigilant and learn the lessons from this attack to strengthen our infrastructure for the future. Providing adequate funding to install traffic barriers throughout cities across the country is a commonsense bipartisan measure that would help protect pedestrians and bicyclists from these kinds of hateful acts.”

Sayfullo Saipov, a 29-year-old Uzbek immigrant who came to the United States in 2010, has been charged with using a rented pickup truck to mow down a crowd of pedestrians and bicyclists in Lower Manhattan, killing eight and injuring 12 in the worst terror attack in New York City since 9/11, according to the NYPD.

President Trump said that he ordered the Department of Homeland Security to step up its “already Extreme Vetting program” and noted that Saipov came into the United States through the Diversity Visa Lottery Program. He called it a “Chuck Schumer beauty.”

Senate Minority Leader Chuck Schumer sponsored a 1990 bill that included the lottery system when he was in the House that was eventually  incorporated into another immigration bill co-sponsored by him and House Republicans. But in 2013, he was among a group of bipartisan lawmakers who wanted to eliminate the program as part of a comprehensive revamping of immigration laws. The Senate passed the bill but it died in the GOP-controlled House.

Schumer recalled former President George W. Bush meeting with him and then Sen. Hillary Clinton following the 9/11 attacks and said the contrast between Bush and Trump’s actions “couldn’t be starker.” He called on Trump to rescind his proposed cuts to anti-terrorism funding because the city depends on it “to snuff out attacks.”

“President Trump should be focusing on the real solution — anti-terrorism funding — which he proposed to cut in his most recent budget,” he said.

De Blasio said that he supports “very, very careful vetting of anyone where there’s an indication of a concern” but not because of their religion or country of origin. Cuomo said that the policy Trump was referring to was a bipartisan law and “had basically no relevance to the facts of this situation.”

The president subsequently spoke with both the mayor and the governor on Wednesday afternoon. 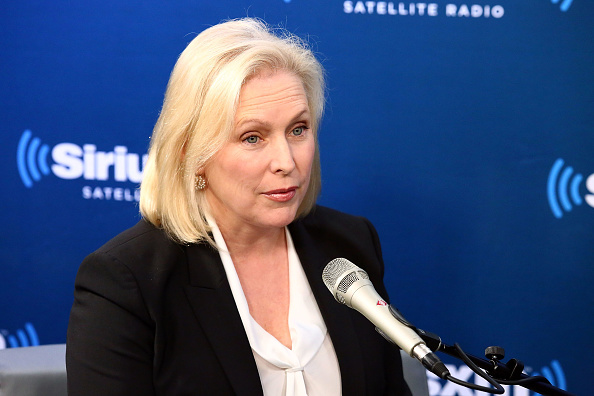