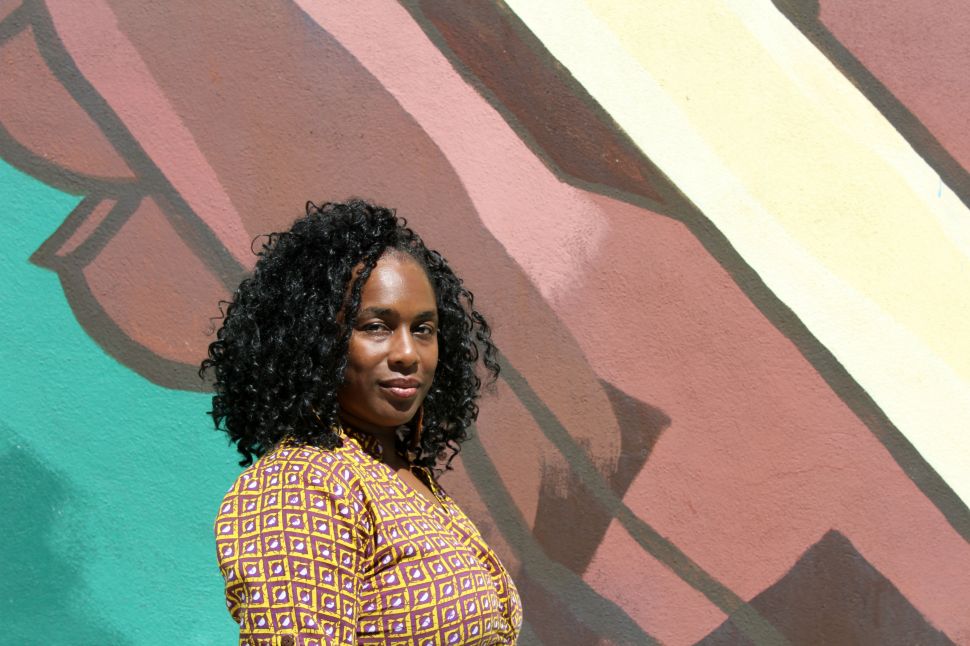 If you’ve ever taken a stroll around Brooklyn, chances are you’ve passed a mural—perhaps as you shop at the Food Bazaar at the Myrtle-Broadway JMZ stop in Bed-Stuy, or on the side of downtown Brooklyn’s House of Detention on Atlantic Avenue—and wondered who put it there. The answer is usually Groundswell, a social justice arts non-profit dedicated to amplifying the voices of young people and artists of color through public art. Established in 1996 by a group of New York City artists, educators and activists, the organization has transformed over 500 public spaces in over 75 borough neighborhoods under the tutelage of their artist-teachers who have included Jeff Koons, Swoon and Joiri Minaya.

On November 13, Groundswell celebrates their 20th anniversary of spearheading projects that beautify New York’s neighborhoods and give expression to weighty social issues like racial discrimination, immigrant rights and gender-based street harassment in their annual Art Bash at Williamsburg’s Wythe Hotel. Before the big event, Observer spoke to executive director Robyne Walker Murphy about how art can be a platform for change in a city that’s always shifting.

Over the last 20 years, how have some of the projects Groundswell has commissioned affected neighborhoods or communities?

One thing I learned early on in my time here is that Groundswell has an impact that cascades over communities and New York City residents. It lives with nearly every New Yorker. I’ve realized that almost everyone has a Groundswell story. It’s quite beautiful actually. I can be almost anywhere and when I mention that I work at Groundswell, someone will say, “Oh, you all did a mural that I love to walk past in my neighborhood!” Or “Wow, Groundswell, I love that mural on the side of that Food Bazaar.” Really, I have story after story like that. It reminds me that though our murals are created for specific communities based on what issues are important to them, we have thousands of other people outside of that community that are also deeply impacted by our work.

What goes into deciding what a mural should include?

Before working on the mural, youth in each program engage in participatory research projects. This type of research aims to understand and change social issues through community collaboration and reflection. So our young participants go into communities and ask questions—about gentrification, racism, implicit bias, etc. They discuss issues that directly impact the neighborhood with residents, and this level of inquiry inspires their actions. Not only do they learn about their local communities, but they grow a stronger sense of awareness of societal issues and how they can be overcome. The answers in their research prompt mural design, which is a reflection of how they believe change can happen. This process with the youth is likely the most radical thing we do.

What are some of the challenges of creating community-driven public works of art?

Our two biggest challenges are funding and the rapid development of New York City. There are many organizations, some smaller, that we would like to do more work with, but funding can be a challenge as an arts organization. The increase in New York’s development projects has affected our work in a number of ways—there is the displacement that has happened to members of communities that we work with, as well as the threat of a decrease in the amount of wall space accessible for murals.

How have the projects shaped or grown your own understanding of how art can evoke social​ ​change?​

One of the reasons why I am so thankful to have landed at Groundswell is that our work and, more importantly, our process exemplifies why I believe so fervently in the power of the arts. I am continuously awed by how our works are both visually stunning and thought-provoking—that speaks to the talent, dedication and artistry of our artists and our young people. Often people of color in historically marginalized neighborhoods are unfairly stereotyped as people who do not appreciate “arts and culture.” In addition, cultural institutions often are positioned as a luxury recreational activity; available only for those who can afford it. Yet in every community we work in, arts and culture is thriving and can be seen in their existing murals, dance, cyphers and music. 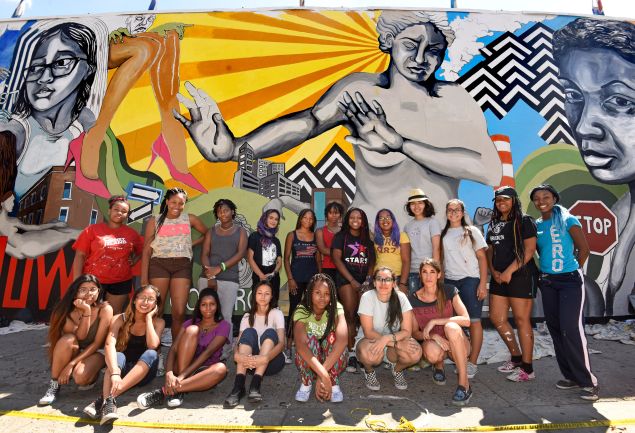 How have different communities that have participated in Groundswell projects integrated these works into their day-to-day life?

I was recently visiting our 500th mural, Flight of Freedom, which is about our country’s history of immigration, and the current fight for immigration rights. The mural is located on a District 75 school (District 75 serves students with special needs). My timing was perfect, because as I stood there with a group of donors, a class came out to use the mural as part of their curriculum. The group of students was in their history class, and began pointing out historical figures depicted in the mural. It was incredible to witness that teaching moment and see public art being used as an educational tool for youth. I think one of the most crucial ways we affect communities is through our youth. 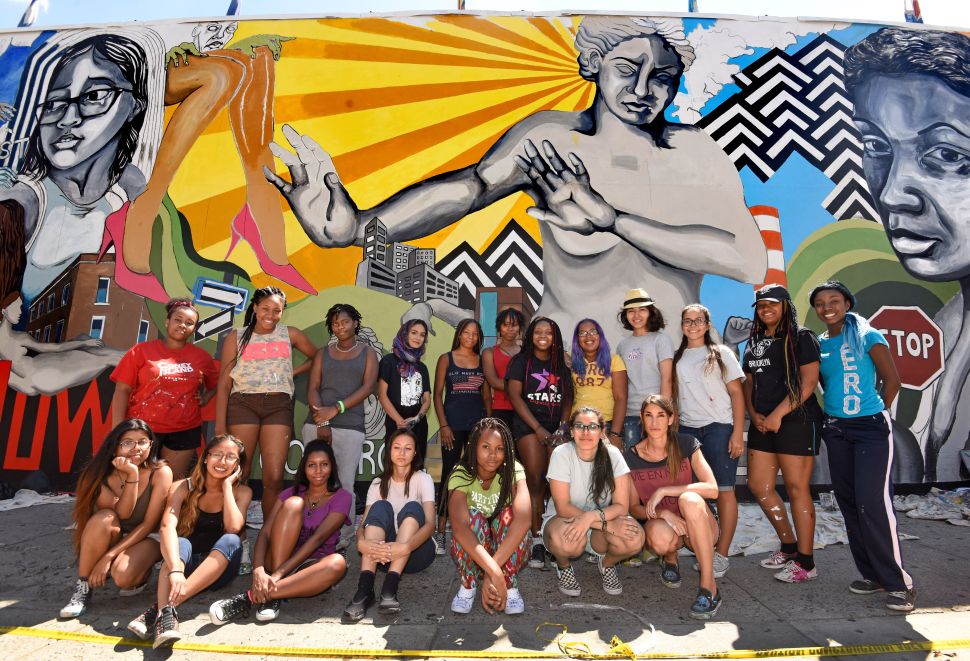