How good is Hulu’s The Handmaid’s Tale? There’s a reason it won the first ever Outstanding Drama Series Emmy for a streaming service (sorry, Netflix). It’s really good, you guys, and that’s coming from someone who didn’t pick the show up until well into its first season run. Between Elisabeth Moss’ gripping performance, the expertly textured future theocratic dystopia and the surprising parallels to today’s tumultuous political climate, The Handmaid’s Tale was the perfect show for right now. And it’s coming back for a second season. All hail Gilead.

We knew that production was underway on a follow-up run, but we had no idea when we could expect new episodes to become available for streaming. And we TV junkies need us some new episodes. Thankfully, we now know and the wait isn’t too unbearable. Hulu announced that its first breakout must-see original series will return in April 2018. Blessed be the fruit.

No turning back. Season 2 of The #HandmaidsTale returns April 2018, only on @hulu. pic.twitter.com/yPcPQY8hxJ

If you’ll remember, season one concluded on a cliffhanger with Moss’ Offred/June being taken away from the Commander’s house by the Eyes despite being pregnant. Is she being sent to the Colony? Will she be executed for treason? Or is this just some “light” behavioral modification? We need answers.

In addition to the Outstanding Drama Series Emmy, Hulu’s adaptation of Margaret Atwood’s novel of the same name won seven other Emmys amid 13 nominations this year. But believe it or not, Moss teased that season two gave her “full body chills.” Could The Handmaid’s Tale avoid the dreaded sophomore slump that other recent out-of-nowhere breakout hits like USA’s Mr. Robot have fell victim to? With established and beloved source material to help guide the way, we’re confident it can.

There’s a lot riding on the continued success of The Handmaid’s Tale. Unsurprisingly, it’s Hulu’s most-watched series. But more importantly, it has spearheaded a rise in the streaming service’s daily sign-ups by a staggering 98 percent since March. As of 2016, Hulu boasted 12 million worldwide subscribers. While the streamer no longer comments on subscription growth, it’s clear that The Handmaid’s Tale has been a major boon for business in the continued battle against Netflix.

“Three or four years ago, Hulu was largely known as that website where you watch last night’s TV, but we’ve actually become a lot more than that,” Hulu’s head of experience Ben Smith told THR earlier this year. “Handmaid’s Tale was fabulous in and of itself, but what it also did was open up a conversation about everything else that is on Hulu.”

While you wait for season two, please feel free to pass the time by watching Saturday Night Live‘s hilarious The Handmaid’s Tale parody. Until then: Under His Eye. 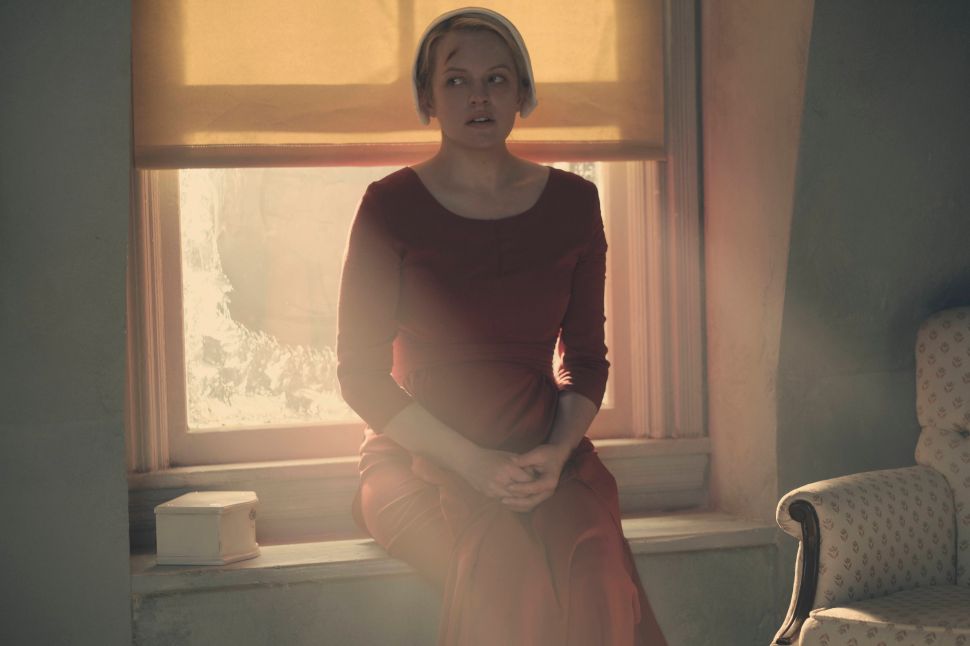